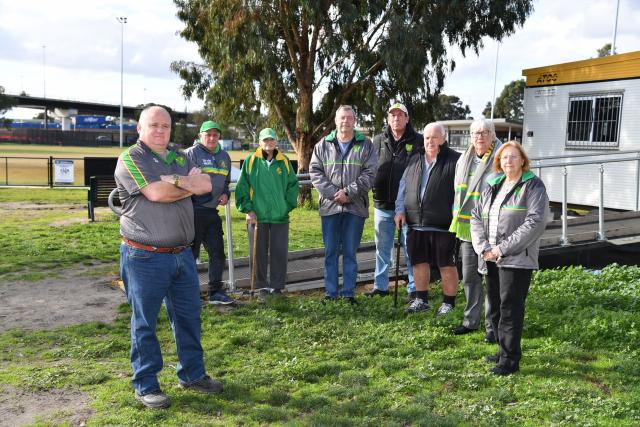 Representatives of the Spotswood Football Netball Club have asked the Hobsons Bay council to clarify when works on the new pavilion in the Donald McLean Reserve would end, with construction now extending after two and a half years.

Club president Alan Given said the club has had to operate without a pavilion since early 2020 and said it was essential for the club to know when the project would be complete.

“Ultimately, we are a company,” he said.

“We can’t make a business plan at all. It’s ridiculous to take so long to build a pavilion.”

COVID restrictions led to project delays, with a limited number of workers allowed on site for extended periods of time, as well as complete construction halts.

The municipality has provided the tenants of sports associations with temporary facilities so that the sports activities can continue during the redevelopment of the pavilion.

Spotswood Football Netball Club’s chief financial officer Maryanne Fino said it will be difficult for the club to recover from the financial difficulties created during the works.

“The costs for all the clubs have been insurmountable,” she said.

“Still, we keep showing up every week not to watch any activity and support our local club in the mud.”

“It’s hard to understand why the council continues to interfere with a state-funded project, which is an absolute necessity for the community to get back together,” she said.

Williamstown MP Melissa Horne said she has been working with community and club members to share their concerns with project managers.

“The state government has supported the sports clubs and locals who use the Donald McLean Reserve facilities with a $2.4 million investment, so it’s really important that Hobsons Bay City Council do this project right,” she said.