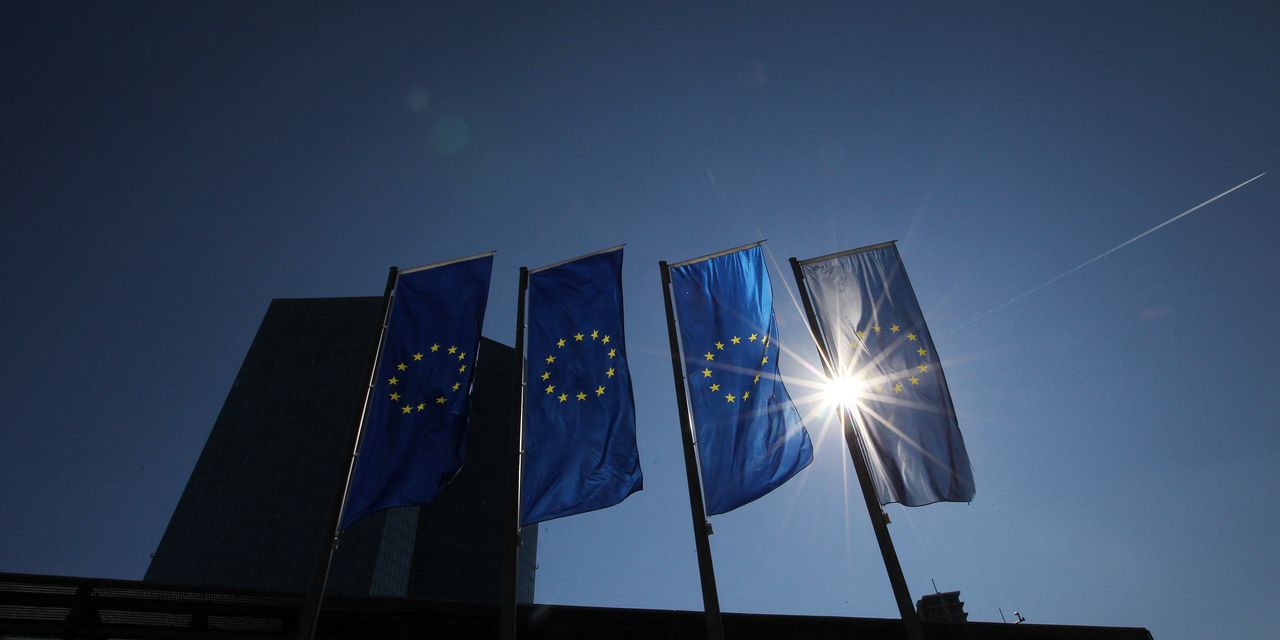 
About the author: Silvia Merler is Head of ESG and Policy Research at Algebris Investments and Adjunct Lecturer in Economics of Global Markets at Johns Hopkins School of Advanced International Studies.

Eight years after the introduction of its negative interest rate policy, and now faced with record inflation across the eurozone, the European Central Bank has announced that it will start raising interest rates from July. Markets reacted by raising yields on 10-year Italian government bonds to 4%, prompting the ECB to convene an emergency meeting, restoring its commitment to deploy flexibility within existing instruments and announcing development of a new instrument to “avoid financial fragmentation”. †

Reversing monetary policy after more than a decade of easing would always be a delicate undertaking. Yet the ECB faces an exceptionally complex task, as its single policy rate continues in a heterogeneous monetary union where capital markets are not fully integrated, and funding conditions are tied to 19 government bond yield curves supported by diverse macroeconomic fundamentals.

Due to this unique setting, the ECB has one major problem that the US Federal Reserve does not have when it comes to raising interest rates, which is financial fragmentation. At its core, financial fragmentation manifests itself as a significant widening of differentials in government bond yields among eurozone members. It is important because it causes the single monetary stance to spread asymmetrically across countries and causes a divergence in financing conditions that has historically been so extreme that the euro’s survival has been called into question.

So far, the ECB’s announcement has calmed the government bond markets of the eurozone periphery. Whether it holds up depends on the details of the new tool being studied in Frankfurt. A number of important questions remain open.

First, what will the goal be? A recent speech by ECB board member Isabel Schnabel suggested the focus will be on “non-fundamental fragmentation risk”. In determining yield levels and spreads in line with fundamentals, the ECB will have to strike a balance between being transparent enough to avoid legal challenges related to monetary financing and maintaining enough ambiguity to deter speculative action. The choice to call an emergency meeting at a level that many in the market believe is below the threshold for intervention has drawn a clear line in the sand, which ECB President Christine Lagarde later tried to blur by adding that the trigger could be both the level and speed in the spread dynamics. Without convincing details, that line is likely to be tested again.

Second, what will the structure be? Existing tools do not work. In 2020, the ECB introduced an asset purchase facility called the Pandemic Emergency Purchase Programme. It will flexibly use reinvestments under that program to contain spreads. That will help, especially if it comes preloaded. But the ECB has a self-imposed requirement for PEPP stocks to converge again over the medium term towards an allocation in line with the capital key, a weighting of national assets by GDP and population. If that requirement is maintained (as likely), volumes would be too low for PEPP to prevent spreads on periphery countries from reaching crisis levels. To be credible, the new anti-fragmentation tool would therefore have to combine the flexibility of PEPP with the openness of another flagship tool of the ECB, the Outright Monetary Transactions.

As such, it will be exposed to both technical and legal challenges, and the ECB will have to strike a balance between achieving effectiveness and mitigating the risk that its intervention will be perceived as fiscal dominance, a situation in which the central bank is forced to respond to policies adopted by national governments. This can probably be achieved by introducing some form of conditionality. But what will that be?

Conditionality for this tool should be as light and automatic as possible. Most commentators see eligibility for intervention possibly linked to continued progress under Next Generation EU or the wider European Semester – two processes aimed at coordinating the EU’s long-term economic trajectory. However, both are complex and lengthy, and linking the ECB’s intervention to them would increase the risk of a monetary instrument being politically hijacked. A better option would be for the European Commission and the ECB to adopt a forward-looking debt sustainability assessment confirming that all eurozone members are eligible for possible intervention. This is the route followed for the Pandemic Crisis Support of the European Stability Mechanism in 2020.

To mitigate monetary financing challenges, the ECB will also want to frame the instrument as strictly geared towards monetary transmission over the horizon of interest rate hikes. PEPP’s role has been to address an asymmetrical tightening of medium-term financing conditions as a result of the pandemic. The OMTs aim to prevent extreme liquidity crises due to capital flight in the short term. The new tool can target maturities between these two poles. Finally, purchases will likely have to be offset by shrinking, or ‘sterilizing’, other parts of the balance sheet to allow the ECB to narrow spreads while maintaining an overall tightening of its monetary policy stance. This is essential for the ECB to send conflicting messages about its commitment to contain inflation.

The press reports that the ECB could sell “other securities” to offset the balance sheet effect of its intervention under the new anti-fragmentation tool, similar in principle to the Fed’s Operation Twist. But it remains unclear whether sterilization would allow the ECB to buy and sell sovereign debt from different countries, or buy bonds from selected countries while simultaneously withdrawing liquidity through deposits. The latter option is probably easier, as it resembles the mechanisms already applied to the 2010 securities markets programme. The alternative would be for the ECB to actively exert upward pressure on core yields and too tight in core countries, while keeping the does the opposite in the periphery, which is untested and would likely expose it to new legal challenges.

Markets are likely to give the ECB the benefit of the doubt in the coming months, also in light of its historic success in defending the periphery, but they will soon want to read the fine print of the new instrument. To curb inflation and prevent a resumption of fragmentation, all by staying within the confines of the complex legal framework of the euro area, the ECB will have to be creative and make ECB policy even more needs-based. than during the pandemic.

Guest comments like these are written by authors outside of the Barron’s and MarketWatch newsroom. They reflect the perspectives and opinions of the authors. Submit comment suggestions and other feedback to ideas@barrons.com†