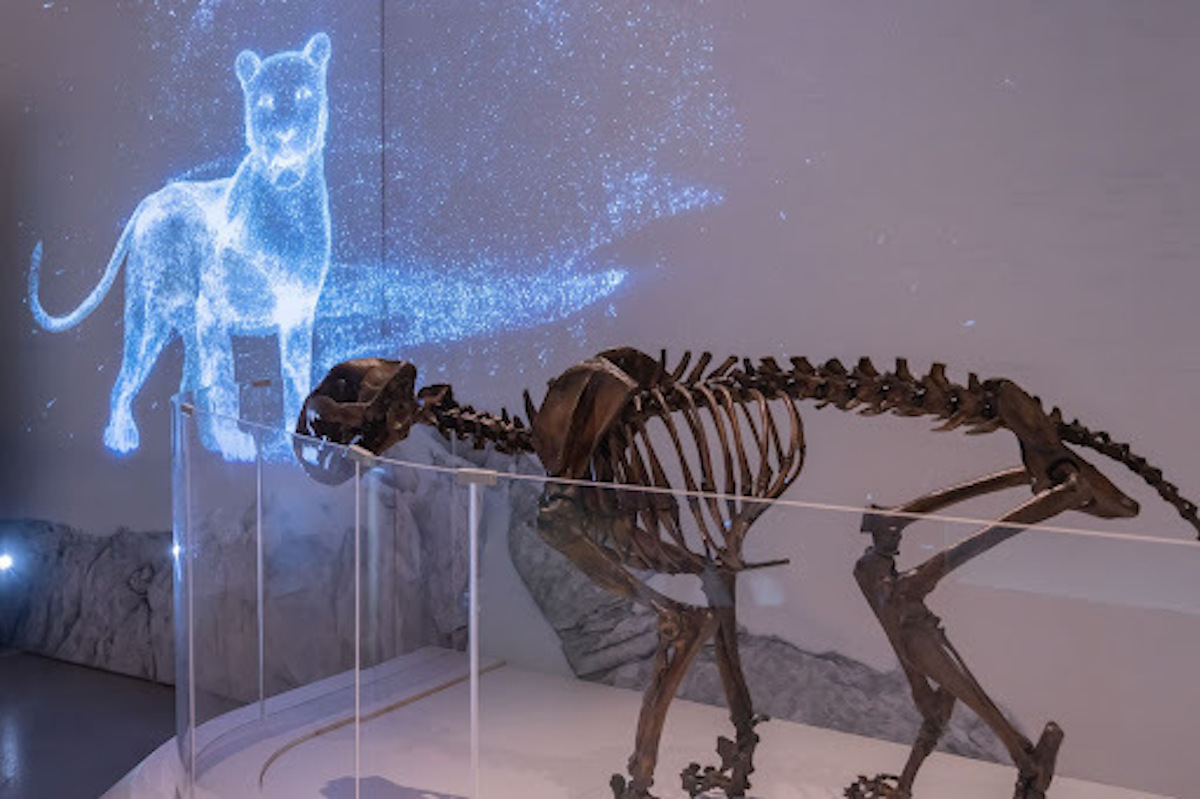 While woolly mammoths, saber-toothed tigers and short-beaked bears no longer roam the planet, everyone in Ottawa can get a closer look this summer with a new free augmented reality app from the Canadian Museum of Nature.

The app, Planet Ice AR, is a virtual and pandemic-friendly alternative to the museum’s previous live stunts, such as inflatable dinosaurs and polar bears roaming downtown Ottawa.

The stunts help attract visitors to the museum, according to Sarah Young, a Digital Content Developer and Online Community Coordinator at the museum.

“We want people to have fun, learn about the Ice Age and get creative in sharing an Ice Age scene around the region’s iconic attractions, or even at home, at work, at a neighborhood park or at a local event,” Chief said. Marketing Officer and Co-CEO of the Canadian Museum of Nature, John Swettenham wrote in a press release.

Planet Ice AR coincides with the museum’s traveling exhibit, Planet Ice: Mysteries of the Ice Ages, which will be on display in Ottawa until September 5.

The Canadian Museum of Nature first introduced the exhibit in 2020 without the interactive elements. The exhibit returned this summer with the addition of the app.

“We’re really excited about the app because it’s something we’ve never done before… it’s going to be a really nice addition to the exhibit wherever it goes,” said Young.

In addition to three extinct prehistoric species, the app shows amateur explorers three species that still exist: caribou, muskox, and wolves. App users can switch between different environments and weather effects such as tundras, taigas and glaciers while learning about the animals in English and French.

“All the animals are scientific representations, they’re scalable within the app, so when you put them in they’re not quite to scale, but they’re relative to each other,” Young said.

According to Young, the app and exhibit are part of the museum’s effort to explain climate change to the general public in a less terrifying way.

“It’s pretty much our duty to talk about it” [climate change] …and the way we approach talking about climate change was to think about the importance of snow and ice,” Young said. “The planet has gone through multiple ice ages … and we have only existed in this context where there is snow and ice on the planet.”

Eli Duern, a recent visitor to the museum and avid photographer, said he appreciated how the app and exhibit targeted children and adults, while subtly approaching the topic of climate change.

“It’s a fun way to connect the past with the present and see what creatures roamed tens of thousands of years ago and see them in a modern setting,” he said. “What I really liked about this exhibit was that they connected were with the history of ice ages and the fact that humanity is still in an ice age.”

From July 4 to Aug. 15, visitors can also win an overnight stay at a local hotel by posting a photo from the app to Instagram. The museum will also award day passes to two runners-up in the competition each week.

Even after the exhibit ends in September, the app will remain available to educate museum visitors about climate change and the importance of ice to humanity’s sustainability.

“You come home with an appreciation for cold and ice and what it means to us as a species and I think that in itself is a huge achievement considering we live in Canada… [where it’s] pretty cold and winter isn’t everyone’s favorite season,” Young said.