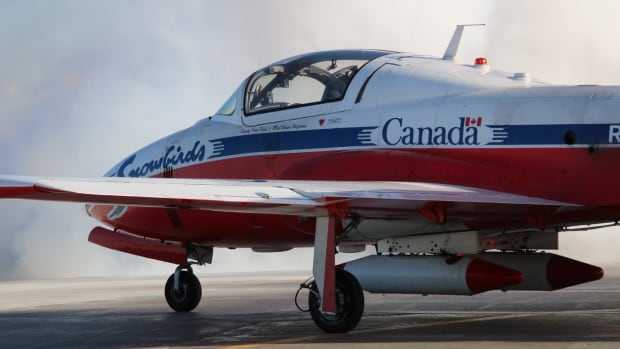 First responders were called to the North Peace Regional Airport in Fort St. John, BC on Tuesday afternoon to respond to what officials are describing as an “aviation incident.”

He said there were two Snowbirds in town for the air show this weekend.

Reid said it is too early to say what caused the incident and an investigation is underway. It is unclear how long the investigation will take, but he said the results would be made public.

Reid said the pilot was not injured.

In a statement, the city of Fort St. John said that by the time firefighters arrived, the fire had been extinguished by the airport fire department.

“Despite all the security measures taken, incidents do happen and it is heartbreaking in the air show world,” said the Fort St. John International Air Show.

Officials are asking local residents to avoid the area as emergency services continue their work.