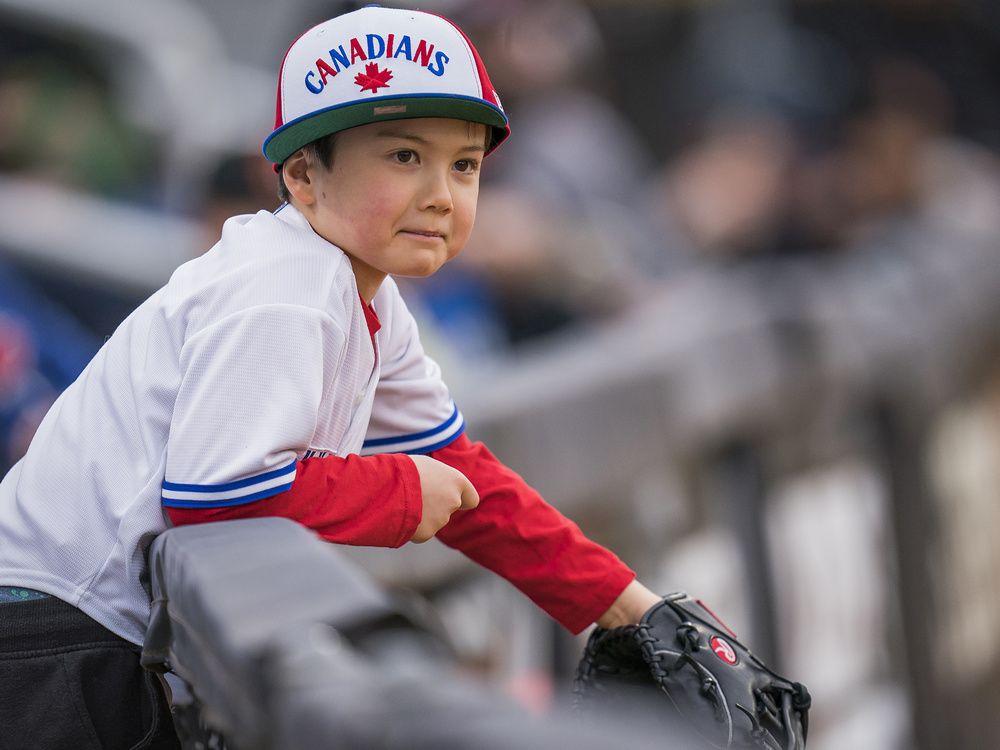 Judging the Vancouver Canadians’ return to Nat Bailey Stadium this season would always be a complicated undertaking.

In a six-game regular season set against the Tri-City Dust Devils starting Tuesday in the Nat, the C’s per game announced attendance at home this year stands at 4,691.

That’s significantly lower than their 6,210 announced 2019 average. Between that year and this year, the COVID-19 pandemic completely wiped out minor league baseball in 2020, then forced the C’s to move in with rival Hillsboro Hops last year. and share their stadium just outside Portland due to travel restrictions at the border.

The 2019 season also had the C’s still playing a 76-game, short-season, single-A schedule that began in mid-June.

Major League Baseball broke down and rebuilt the minors for last summer, cutting down 43 farm teams in an effort to cut costs and streamline the prospect development process. The short season single-A tier was eliminated entirely, and the Cs, along with five longtime rivals, were promoted to high-A two tiers.

That entailed a schedule of 132 games and a start date in April. The Nat hadn’t seen a pro game this early on the calendar in 23 years, dating back to when the Cs were the triple-A partner of the Oakland Athletics in 1999.

The announced average attendance for that last triple-A season: 3,833.

“I came in this year because I didn’t want to put numbers on things,” C’s president Andy Dunn said of the turnout last week. ‘You don’t know what April and May will bring you. Some years get wetter. Some years get colder.

“We’re looking at where we end up this year and making a plan for the future. It took us a year to get quality information before we could make some long-term goals.”

Environment Canada reports that Greater Vancouver has experienced one of the coldest and wettest Mays in recent years. Just over 92 millimeters of rain fell at Vancouver International Airport this month. The average is 65 millimeters. The average temperature for the month was 11.5 C, more than a degree cooler than the average of 12.8 C.

The C’s had an announced crowd of 4,403 for their home opener on April 19. That night’s box score shows the playing time as 10 C.

Their announced attendance average for that first series was 3,291 and it dropped to 3,178 for the second series. That set had a playing temperature of 8.8 C.

Vancouver’s last two heats starting this week against Tri-City had attendance averages of 5,734 and 5,632 respectively.

Perhaps more tellingly, the C’s have sold out 13 so far this season at the 6,413 seat Nat and only one came ahead of what would have been their traditional single-A start in mid-June. There are still three six-game home runs for Vancouver before the end of the regular season in mid-September and general manager Allan Bailey expects at least nine more sellouts.

“It was a tough blow at the beginning, but right now it feels like they’re back on track,” said Jon Lazar, a 10-year-old season ticket holder with the C’s.

Serj Sangara, a 12-year-old season ticket holder, added: “The way the weather was in the beginning was a concern. But the crowds are coming back.”

The C’s scheduled games on Saturday in April and May, rather than overnight, are starting to help with the chilly climates and Dunn says this has been well received by players and fans alike.

After that, there isn’t much wiggle room to face the early season weather.

The Northwest League is just a six-team loop, so it’s not like Vancouver can ask to play home games later in the year. The Dust Devils, Hops, Eugene Emeralds, Everett AquaSox and Spokane Indians find themselves in similar weather conditions.

MLB is also pushing for regimentation and structure in these new minor leagues to aid in player development. With few exceptions, the C’s play series of six games from Tuesday to Sunday and then travel on Monday.

“I’m glad people haven’t forgotten about us,” Dunn said. “We went through a pandemic, we were gone, we hadn’t played here in 1000 days. We had worked really hard to generate some energy around our organization.

“Never take for granted what you have.”

Dunn also said last week that he had a meeting with MLB representatives about upgrades at the Nat before Monday. As part of the re-creation of the minors, there are now provisions for facility standards in all affiliation agreements. The C’s signed a 10-year deal with the Toronto Blue Jays in February 2021. They have been Toronto’s short-season single-A team since 2011. Before that, they had been Oakland’s single-A club since 2000.

Dunn admitted there is a timeline from MLB on upgrading, but wouldn’t say what it is. He would also not incur the costs for the ball club.

Sign up to receive daily news from The Province, a division of Postmedia Network Inc.

The next issue of The Province Headline News will be in your inbox soon.