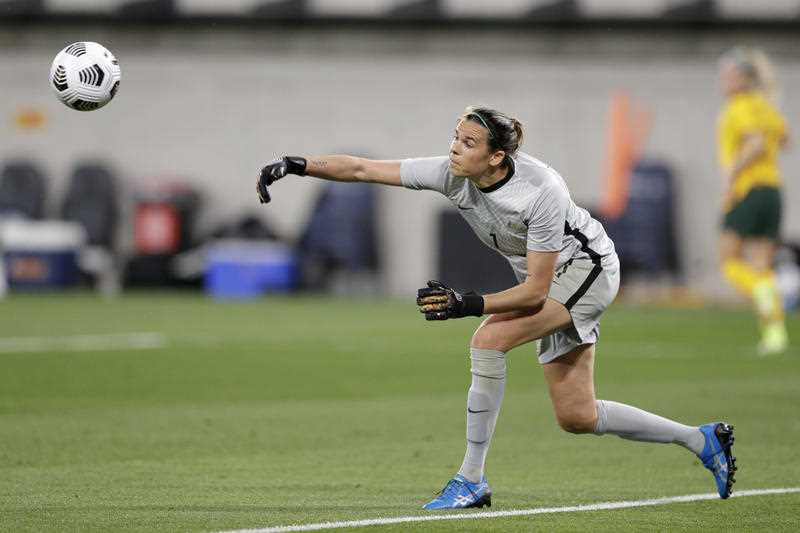 When a long-limbed teenager from Canberra made her Matildas debut against Korea in 2005, Lydia Williams never imagined that 16 years, 10 months and 25 days later she would be on the cusp of becoming the first female Australian goalkeeper to a century would reach appearances for her country.

Speaking to the media on Thursday morning, the 34-year-old reflected on the potential performance during this June FIFA window.

“Honestly, I wouldn’t have dreamed I would have come this far,” Williams said. “So really, it’s just an honor and a privilege.”

“I think I’ve been there for everyone’s first cap. That’s a little more special for me to see how each one has progressed rather than the 100. I would never have believed you if you told me that when I first started playing.”

Williams will become the eighth CommBank Matilda to reach the milestone in the past 12 months and during her tenure with the team she has witnessed the change from the unknown to the beloved.

Internally, Williams has also seen a shift in mindset that has seen Australia evolve into a team capable of challenging some of the world’s best.

‘It’s the faith. I think we’ve always believed in ourselves, but now we believe we can play and beat these great teams.”

“We have some great world class players on our team and it was really exciting to see how girls have developed and taken on the challenge and pressure. For me, it just kept an eye on that development over the years.”

Since taking on the number one jersey nearly a decade ago, Williams has had a front row seat at some of Australia’s biggest matches, taking on some of the world’s best forwards.

On Saturday she could add yet another experience with the highly regarded Spanish team and, with the FIFA Women’s World Cup as the main target, Williams plans to see what lessons can be learned from the encounter.

“At this point, it will be a good indication to see how these teams line up for a major tournament. We see the gaps and what we need to make sure we improve and have a head start when it comes to 2023.”

Coverage of the Matildas against Spain begins on Saturday, June 25 at 5 a.m. AEST on Network 10, 10 Play and Paramount+.

Get the latest news, sports, entertainment, lifestyle, competitions and more in Canberra straight to your inbox with the Canberra Weekly Daily newsletter. Register here†