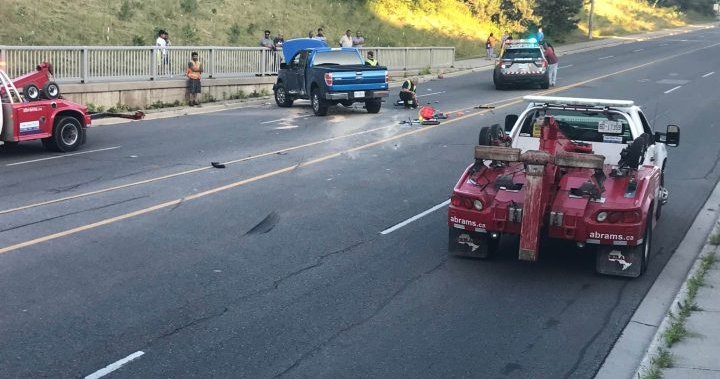 A woman and child were injured in an accident in Toronto Monday night.

In a tweet, Toronto police said they were called to the site of a two-vehicle collision in the McCowan Road and Eglinton Avenue East area around 6:31 p.m.

Police say one of the cars overturned on its roof.

Toronto paramedics told Global News they transported a patient in his 20s to a trauma center.

Police said there may have been children in one of the cars, but paramedics said they were unharmed.

Roads in the area were closed after the collision.