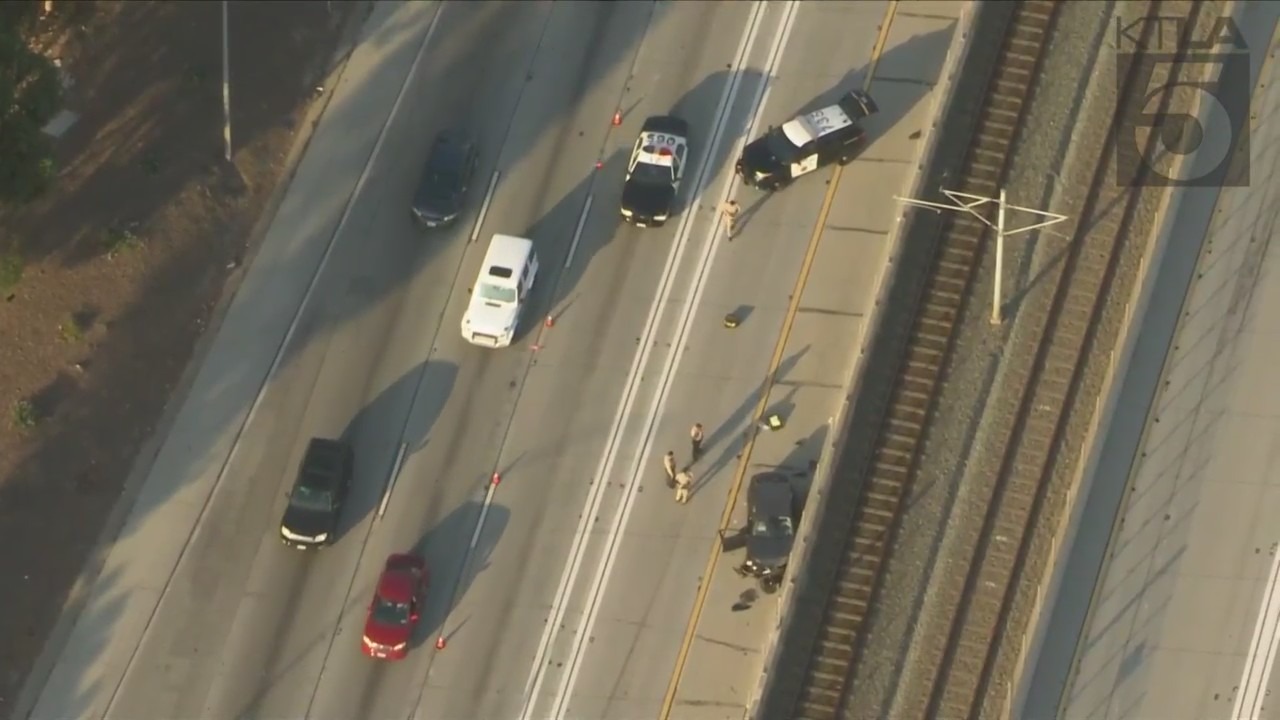 A car-to-car shooting on the 105 Freeway in South Los Angeles Friday afternoon injured two people and led to a highway closure, officials said.

The shooting occurred on the westbound highway at Central Avenue, according to Lt. Martinez of the Los Angeles County Sheriff’s Department.

California Highway Patrol Agent Gonzalez confirmed the shooting was from one vehicle to another, and CHP spokesman Angelia Gonzales later confirmed the incident happened at 6:23 p.m.

Two people were taken to a hospital for their injuries, although it’s unclear if they were hit by gunfire or may have been injured in a crash. Aerial footage of the scene showed at least one car crashed near the center partition.

The gunner or gunmen fled west on the 105, Gonzales added.

A SigAlert has been issued for the highway and all lanes will be blocked for two hours, the authorities said CHP.

Traffic is being diverted via Wilmington Avenue.

Anyone with information is encouraged to contact the CHP Southern Division Major Crimes Unit at 323-644-9550.