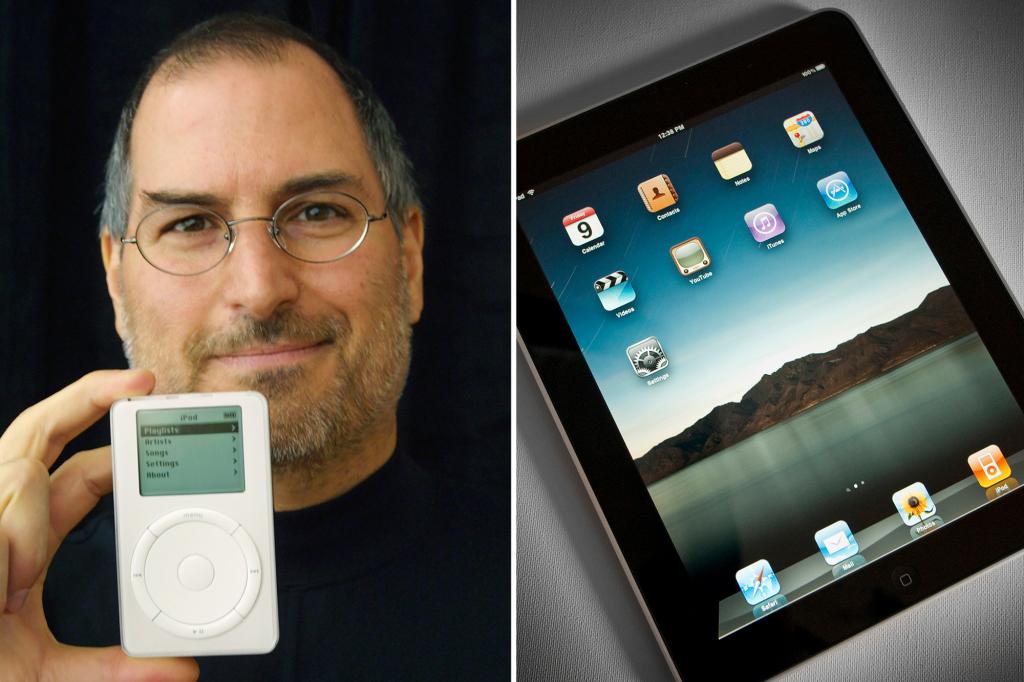 Apple products rarely grow in value over time, but a select few old relics go for thousands on eBay.

Apple has grown into a $2.2 trillion tech giant — it’s the second most valued company in the world and quite a bit ahead of Microsoft.

Under the leadership of Steve Jobs and even after his death, Apple has reached billions of people, produced iconic ads and reinvented stores – all while being at the forefront of technology for personal use.

As Apple grew, so did consumers’ appetites to buy new gadgets.

Families around the world accumulate years of Apple technology that begins to become obsolete once it hits the shelves.

But some rare editions and well-preserved products go for a small fortune on eBay – find out if you’ve sat on an Apple-plated gold mine.

When the iPod was first released, it was an instant hit – it became a window into one’s personality.

In Walter Isaacson’s biography of Jobs, he explains that when the device was released, everyone asked each other “what’s on your iPod?” — even President George Bush was asked by journalists about his music at the height of iPod mania.

The original Macintosh computer was a masterpiece of design, engineering, and marketing around one product.

The iBook looks clunky by today’s standards, but the custom clamshell design and color options were cutting edge at the time.

It was the first laptop to really take advantage of Wi-Fi and mobile computing.

The iBook goes for a range of prices on eBay, usually around $200, but a seller with a collection of iBooks will charge $1,300 for one of their units.

The iPad was released in 2010 with a marketing blitz that pushed the product.

An episode of Modern Family, the highest-rated sitcom of that year, centered entirely around the iPad — the episode was called “Game Changer.”

The iPad line still works and is updated today, hurting the valuation value of previous designs — a first-generation iPad in good condition can run you about $55 on eBay.

Engineers who worked on the iPod Shuffle worked on making the screen smaller and smaller until Jobs recommended doing away with the screen altogether.

Jobs saw that people were managing their own music libraries – no matter what, they had chosen to set up the device and listen to it.

Selling a first-generation Shuffle won’t make you rich — an eBay listing is just $13.

Products in perfect condition will always be more expensive than used ones – it’s a good reason to buy any Apple product, never open it and hope that it will increase in value as a vintage product over the years.

If you have outdated Apple technology and intentions to sell, make sure you check the market – you don’t want to undercut a nugget of Apple history.

This story originally appeared on The sun and is reproduced here with permission.