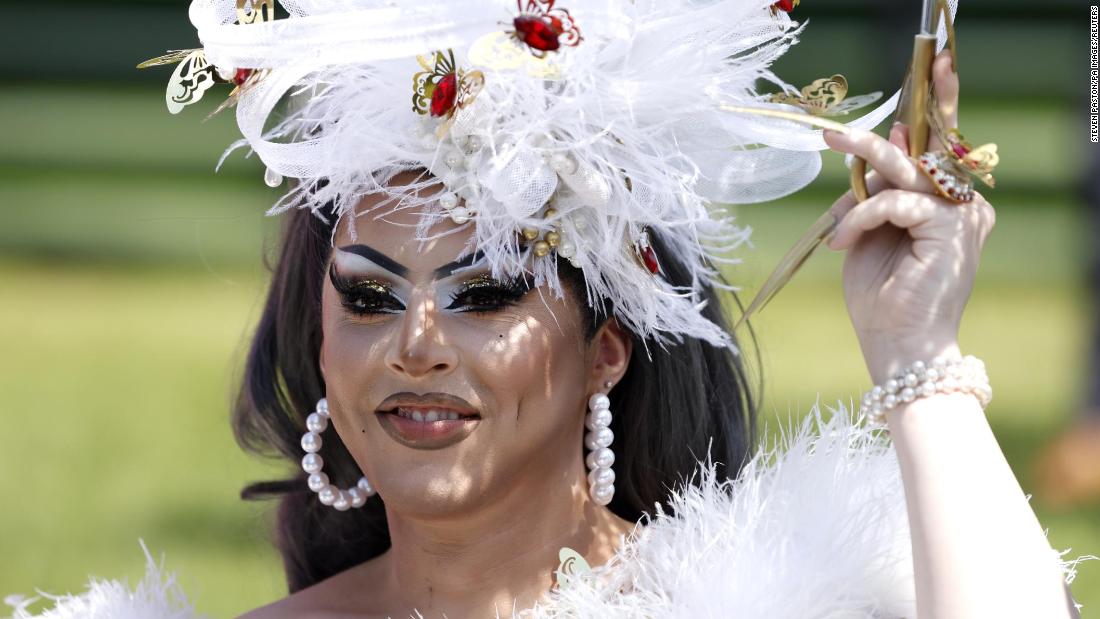 Ward, who rose to fame on the BBC’s “RuPaul’s Drag Race UK” under the stage name Cherry Valentine, died on Sept. 18, his family said.

In a statement from his agent, the family said: “It is with the most heartbreaking and deepest sadness to inform you that our George — Cherry Valentine — has passed away tragically.

“This will come as a big shock to most people and we understand there is no easy way to announce this.

“As his family, we are still processing his death and our lives will never be the same.”

The statement continued: “We understand how much he is loved and how many lives he has inspired and touched. All we ask is for your patience and your prayers during this time. We love you Georgie November 30, 1993 – September 18, 2022 .”

Born in Darlington in the North East of England, Ward grew up in the traveler community, where he took up drag as a child.

He appeared in six episodes of the show, which will air on BBC Three in 2020-2021. In his introductory video, he described his alter ego Cherry Valentine as “everything”, saying, “She’s glamour, she’s a club kid, she’s dark, she’s goth.”

Before appearing in “Drag Race,” Ward worked as a mental health nurse. During the Covid-19 pandemic, he worked in vaccination units.

Earlier this year, Ward appeared in a BBC documentary, “Cherry Valentine: Gypsy Queen and Proud”, in which he talked about leaving the traveler community after being rejected for coming out as gay at 18.

In a statement to CNN, Bunning said of her client, “As his agent, it goes without saying that my heart is broken. George was a truly special person with a tremendous talent (and) a bright future ahead of him. He lit up a room, touched so many lives and few could forget his infectious smile, which I will miss terribly.”

BBC Three controller Fiona Campbell also offered her condolences. In a statement on the BBC website, she said: “We are all shocked and heartbroken to hear the news of the passing of George, known to many as Cherry Valentine.

“A fan favorite and an inspiration to so many, we were privileged to work with him on BBC Three.

“He will be greatly missed by his many fans and friends. Our deepest condolences go out to his family and friends at this difficult time.”