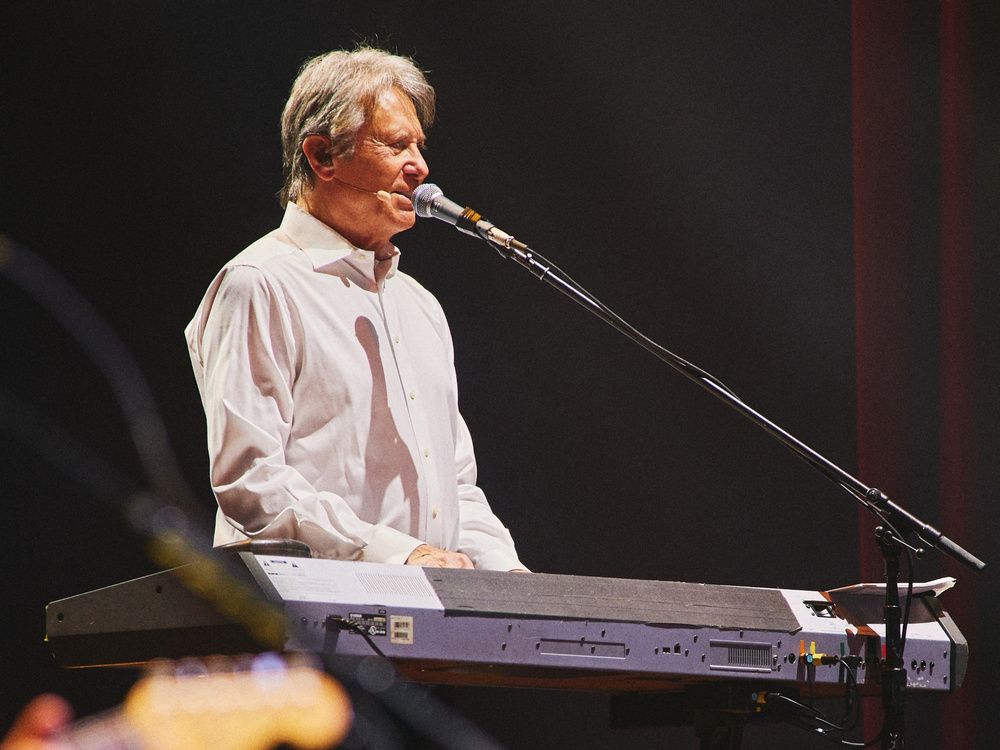 In February 1967, Robert Lamm got a call from trombonist James Pankow to join a new group called The Big Thing as a keyboardist and contributing singer/songwriter. Renamed Chicago Transit Authority in 1968, the seven-piece band relocated to LA and released their self-titled debut album in April 1969.

After legal action was threatened by the de facto CTA, the band shortened its name to Chicago.

One of the most successful American bands of all time, it can rack up 23 gold, 18 platinum and eight multi-platinum titles with sales exceeding 100 million. The group will bring its horn-driven sound to the 2022 PNE Summer Nights Concerts series on August 28.

More than half a century later, Lamm is still making music with the group that includes co-founders Pankow and trumpeter Lee Loughnane.

“The simplistic answer to longevity is that we’ve always been a performing band primarily because we really enjoy playing,” Lamm said. “The staff changes over the years have never really changed that dynamic as we have always found the right new people to work in the mix. I know I would still compose whether I was in the group or not, but it’s pretty awesome to be able to take the projects that come along and still be on tour. ”

Lamm wrote seven of the 12 songs on the breakthrough debut, including enduring singles like Does Anybody Know What Time It Is? and live show favorite Beginnings, and is credited with many of the group’s other big hits. As time went on, he wrote less for the group as other members took on a bigger role in generating new material. In the late 1970s, he launched an ongoing solo career.

“When we started we were completely ignorant of anything related to the company and we were completely led by our management and our label and they knew what they were doing,” he said. “That meant we were on the radio wave before the album rock format even arrived and took advantage of it. Of course, over the years, we’ve all been very knowledgeable about the company we were in and that’s another reason why we kept going.”

Chicago proved able to adapt to the tastes of the times, from the hard early days to the top hits, David Foster-led power ballads like Hard to Say I’m Sorry and You’re My Inspiration. its original, core fan base. Some of this adaptability has been built into the band’s DNA from its inception. None of the members were interested in pursuing musical directions and they were all quite capable of playing almost anything.

Lamm doesn’t hesitate to determine what was behind the explosion of musically nimble acts, such as his band, Tower of Power, Blood, Sweat & Tears and others who all arrived at a certain time period.

“Blame the Beatles because they made up for not writing for bass, guitars, drums and broke the mold as far as writing pop songs was concerned,” he said. “We were all the same age, had listened to similar music and got caught up in the cultural zeitgeist of the moment, which was about expanding rock with horns and much more into the mix. Working with people as talented at arranging as trombonist Jimmy Pankow and (deceased) guitarist Terry Kath meant I could do whatever I wanted and knew it was going to sound great.”

The net result of that broad interest and willingness to collaborate built a band infrastructure that allowed multiple writers to express themselves without the personality struggles so common in music today. Although there were always conflicts, the atmosphere of the workshop meant that everything coming out of the camp would feel like a group effort. One of the benefits of this was that writers could spend more time on their contributions instead of worrying about pumping out a full report.

“Whenever we decided to make an album, we each brought in the best of what we had been working on and started working it out to see if it made the cut or not,” he said. “That meant that someone like Peter Cetera didn’t come out as a writer until many years later, but then got in touch with David Foster and wrote some really nice stuff. The only competition was to get the very best of what we had recorded.”

Lamm revisited this method of creation during the pandemic lockdown for Chicago’s new album, going to the wishing well of ideas he’d collected over the years in search of friends old and new.

“Listically, I found myself going deeper than I had in a long time and that was great for me to have time to really focus on it,” he said. “One of the fruitful combinations that resulted was working with Jim Peterik, best known for his work with Survivor, a fantastic writer and player. Much of that material is the backbone of the new Chicago album.”

BMG producer Joe Thomas heard some of the Lamm/Peterik songs and got the idea that these songs would be part of a new Chicago album. There was initially resistance to the idea of ​​album number 38, as members were all doing different things during the lockdown period. But in the end it all worked out.

In keeping with the tradition of numerical album titles, Chicago XXXVII: Born for This Moment was released on July 22. Not counting the 2019 Christmas album, it’s the band’s first new music in eight years and the first recording with Canadian singer/guitarist Neil Donnell, who joined in 2018.

More news, less ads, faster loading time: Get unlimited, ad-lite access to the Vancouver Sun, the province, National Post and 13 other Canadian news sites for just $14/month or $140/year. Sign up now through the Vancouver Sun of The Province.