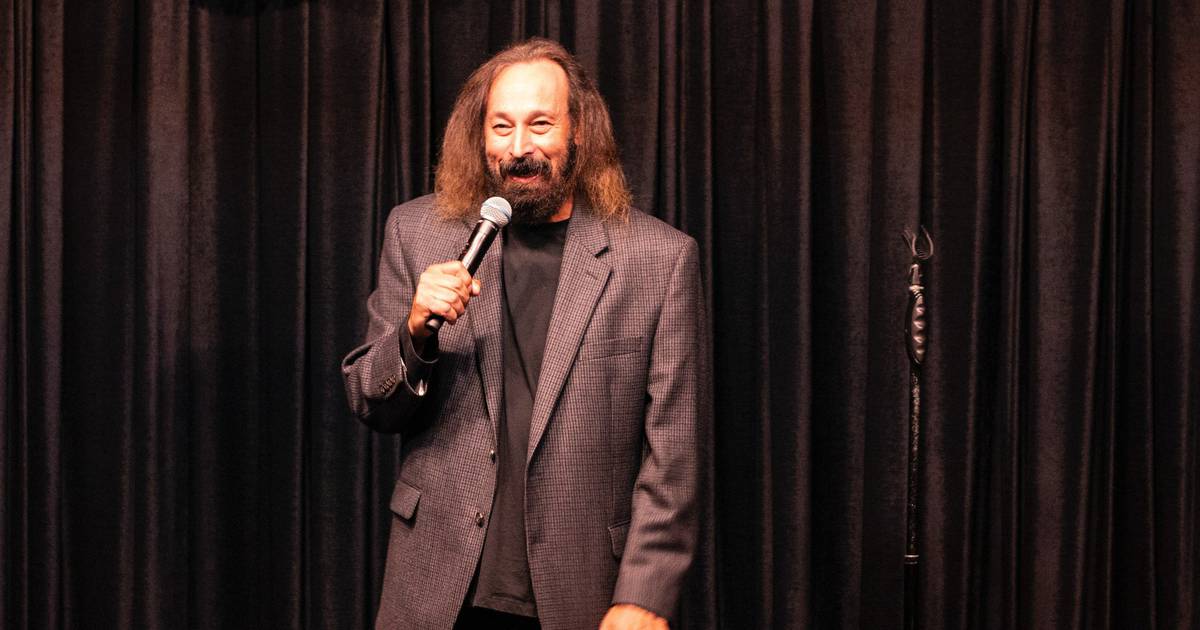 There’ll be plenty of laughs when five of Chicago’s most popular comic books join forces for Chicago Comic Book on August 13 at the Gorton Community Center in Lake Forest.

Vince Maranto was in Las Vegas, performing at Brad Garrett’s Comedy Club at the MGM Grand, when we spoke. The veteran comic has appeared on NBC, ABC and PBS and in comedy clubs across the country.

Maranto started developing his comedic skills at a very young age. “In grade school, I would entertain people during recess,” he said.

His first introduction to the world of comedy was in 1982 at a place called Comedy Cottage in Rosemont. A comedian performed twice a week, followed by five minutes for a new strip, then another comedian, and another new strip, and so on.

“After only doing it twice, they made me a regular there,” said Maranto. The starting salary was $2 per show.

He is doing better now with performances at the various Zanies clubs, The Improv in Chicago and of course the MGM Grand.

“I still enjoy some of the little nights out in small towns,” the strip said. “They really appreciate you.”

Maranto described his style of comedy as “pretty clean” and “observative – things that happened to me. I talk about everyday things.”

Laura Hugg’s interest in performing began when she entered college in her mid-20s. “I took theater in Columbia. I wanted to act, but I just felt comfortable doing it through a comedic lens, like a sitcom,” Hugg said. A fellow student encouraged her to take improv classes.

At the age of 27 she started taking improv classes at the Players Workshop. She then entered the Second City Conservatory and graduated there.

After that, Hugg started immersing himself in the standup community.

“My first performance at Zanies in Chicago was a big deal,” she said. In addition to performing at local clubs, Hugg has produced a monthly show at Chicago’s Lincoln Lodge for many years.

“It’s my home in a way, it’s my audience, it’s my space and I feel very comfortable,” she said. “I’m getting a crowd.”

Gorton’s audience will hear Hugg talk about “autobiographical material — a sort of self-mockery,” she said. “I do talk about social and sometimes political issues, but through my own lens of how I used to be and how I am now.”

“When I was a kid, I was kind of a mimic,” recalls Michelle Krajecki. “I was always a good kid, but I always imitated my instructors or people I knew and I would get other people in the class in trouble.”

Krajecki came naturally through her talent for humor. “My parents are funny people,” she explained.

She studied theater in high school, but Krajecki was not thinking about a career as a performing artist, she said. Instead, she became a teacher and worked with children with special needs.

However, she took training classes in Second City and started doing comedy for the Christian market.

“I got a lot booked,” Krajecki said. “Then the recession hit in 2008 and nobody got booked.” Family problems added to that, so “I took a step back,” she said.

About eight years ago, Krajecki returned to serious performing and has been widely booked since then. She has toured with comic strips Leslie Norris Townsend and Bob Jay, performs in many clubs and continues to do church events.

Krajecki’s comedy focuses on her life. “My persona is actually me,” she said, adding, “a friendly, sarcastic person.”

Hari Rao has only been doing comedy for five years, but you wouldn’t know if you saw him on stage. He admitted to being a “goofball” when he was a kid, but he aspired to a music career.

Rao began his foray into the field 10 years ago ghostwriting comedy material for a cousin in Canada who was interested in standup.

“He never did it in the end and I had all this material,” Rao said. “Even if I knew I wanted to do this, I was scared. I took lessons at Second City’s improv program. I took a stand-up class at ComedySportz.”

He eventually overcame his fear and started doing open mics. He already had a lot of stage time because he played in bands since 1995. Since 2008 he plays bass guitar with a band called I Fight Dragons.

Rao indicated that he believes his comfort level performing in front of people in bands has translated to him being comfortable doing comedy as well.

Rao is looking forward to Chicago Comic Book. “I really like performing in Gorton. This will be my third time there,” he says. Rao also enjoys performing at the Laughing Academy in Glenview and Zanies.

He described his comedic style as “observative through a pretty quirky lens.”

The evening is hosted by comedian Rick Young, who has performed across the country.

Myrna Petlicki is a freelance reporter for Pioneer Press.