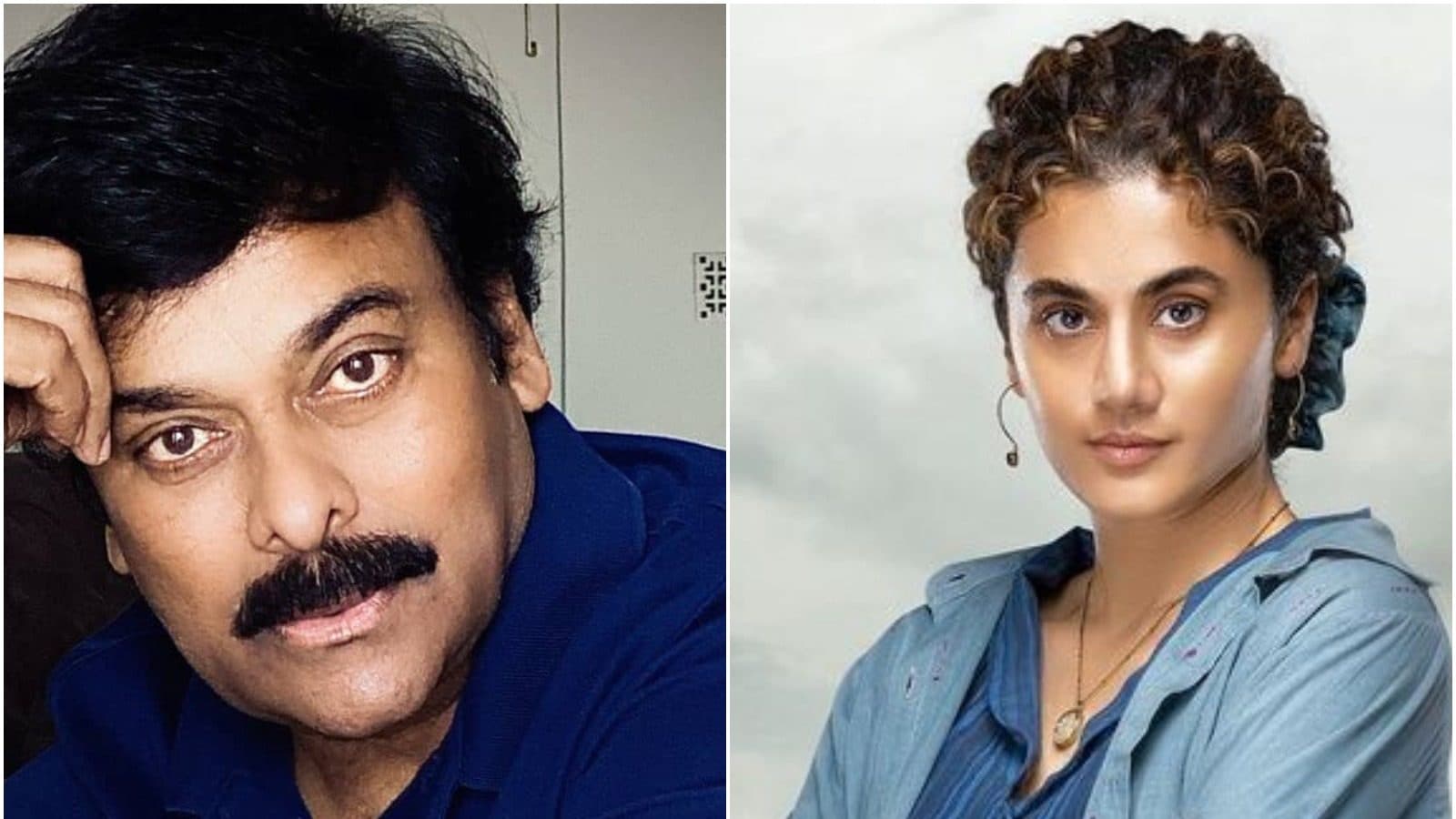 Bollywood actress Taapsee Pannu is set to see her movie titled ‘Mishan Impossible’ release in theaters on April 1. The political thriller flick will see the Saand Ki Aankh actress step into the shoes of a media professional. While the movie will be hitting the theaters tomorrow, the makers had organized a pre-release event for the flick in Hyderabad, which was also attended by South Superstar Chiranjeevi.

Speaking on the occasion, Chiranjeevi said, “We will come to some events out of obligations and for some functions due to love. I came to this event because of my brotherly love for producer Niranjan Reddy. In a very short time, he became very close to me, like a brother. On one hand, he is very busy with his responsibilities as a Supreme Court lawyer and on the other hand, it is surprising that he is producing so many films. He is doing Acharya with me and silently made Mishan Impossible. I saw the movie and it’s a fabulous movie. Taapsee usually does powerful characters. She looked awesome in Pink. I was surprised if she is the same girl that we saw in Jhummandhi Naadam. She used to be tender and gorgeous. She made a mark for herself with her commitment and conviction in Hindi.”

Sharing his thoughts on the film, he added, “Mishan Impossible is not a small film. It’s a great movie to watch with a big heart. It contains fine art. I guarantee that it will amuse you”.

Taapsee who makes a comeback to Tollywood with the film said, “Chiranjeevi garu came to the audio of Jhummandi Naadam movie (Taapsee’s first film). This a film is also a special movie for me like Jhummandhi Naadam. Hopefully, his blessings will work once again. Niranjan Reddy gave me a chance in Ghazi movie. I want to complete a hat trick of special roles in his production, as I played a special role in Mishan Impossible as well. Director Swaroop was very supportive despite issues with my dates. The Three children are the heroes of this movie. They are the youngest heroes among all my movies. I have been busy in Hindi for two years but I cannot say a logical reason for not doing Telugu movies. I acted in Telugu and will keep doing”.

The cinematography in the film has been done by Deepak Yeragara, while Mark K Robin has rendered the background score.

Mishan Impossible features Taapsee as a journalist as she embarks on a journey to solve a political scandal.