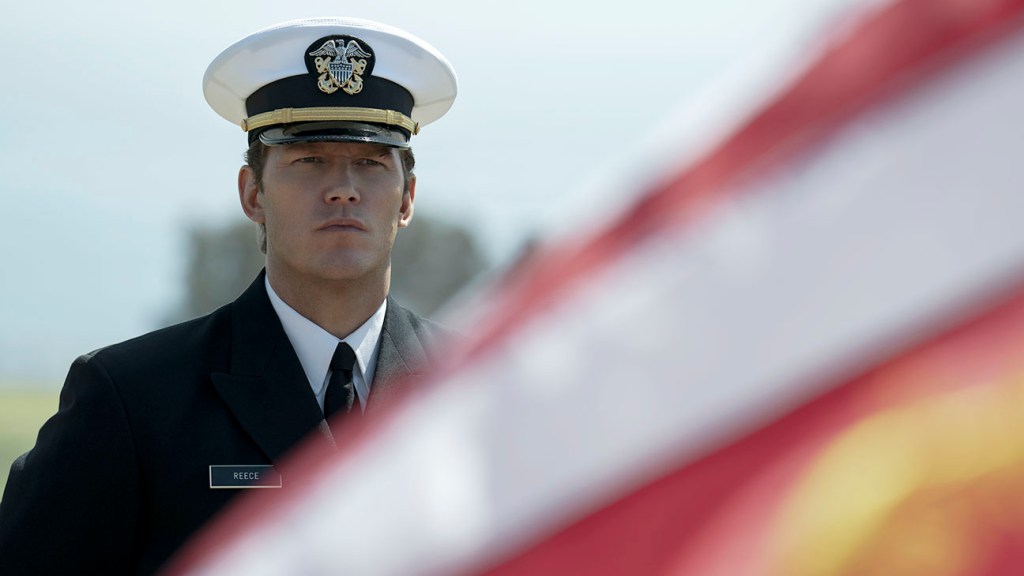 Your standard weekend barbecue grill might just be picking up the closest package of ground beef at the grocery store, but someone with high culinary aspirations is obsessed with proportions. While the real experts may tinker with cuts of meat in different combinations, a good starting point is with fat percentages. An amateur thinks “Less fat equals more meat and therefore it has to be better” while the expert knows that fat equals juiciness and unless you like a dry, meaty burger – and some do – the key is finding the right ratio.

Chris Pratt has been figuratively (and literally) toying with his professional body fat percentages for over a decade as he made the career switch from lovable TV comic book with unexpectedly strong bone structure to increasingly generic leading man. Whatever the right ratio of fat to beef, Pratt found it in the Guardians of the Universe movies, a mix of compelling action chops and enough witty charm to carry a silly premise in a way few other actors could. Pratt’s Jurassic Park movies are not entirely without glee, but his aura is so stripped of those distinctive elements that almost anyone could have played, regardless of his character’s name.

It comes down to


On the upside, Pratt’s career has nowhere to go after Amazon’s new drama The terminal list. There is no more tapping or siphoning of personality trains and frivolity that could potentially occur in the future. The terminal list is all beef, all muscle-fiber beef—and at eight for a book that could have easily been adapted in two hours, it’s been on the grill for so long that the result is dry and flavorless. It’s the entertainment equivalent of a charred hockey puck, with the same limited range of flavor and aesthetic. It goes without saying that there is of course an audience for The terminal list†

The terminal list was adapted from the first of five Jack Carr novels built around the character of James Reece (Pratt). Reece is a Navy SEAL commander and in the opening sequence of the series, his platoon is sent on a mission that goes very wrong. Reece returns to San Diego, grieving for his men and longing for answers, but the more clues he follows, the more peril he is about to endanger his wife (Riley Keough) and other loved ones. Soon, Reece is on the run, aided by his SEAL turned CIA buddy Ben (Taylor Kitsch) and being pursued by an online journalist (Katie from Constance Wu), who could be an adversary or an ally.

At various points, Reece’s other potential adversaries may or may not be a dogged NCIS officer (Warren Kole’s Holder), a dogged FBI agent (JD Pardo’s Tony), a dogged venture capitalist (Jai Courtney’s Steven), the dogged Secretary of Defense (Jeanne Tripplehorn). ) and more. Or perhaps his biggest opponent is his own brain, as Reece experiences hallucinations and dissociative episodes that can make him a danger to himself and others.

A thing written in my Terminal list notes that it has rarely been uttered by any critic of any media, “This is a real waste of Jai Courtney.”

Courtney plays a tech tycoon with a strange military fetish that goes unexplained because despite the layers of episodic blubber that Amazon demanded no apparent flanging – not alone is The terminal list eight episodes, but those episodes are all 50+ minutes — instead of using the time to bring characters to life, creator David DiGilio structured the show like almost a level boss video game. So Courtney is wasted and Kole is wasted and Pardo is wasted and Sean Gunn is wasted. And a premise that could have had some resonance from the headlines regarding military PTSD and the administrative systems that our men and women—but mostly men here—in uniform lack is wasted.

Reece has a list – an end list, if you will – of people he wants to take revenge on and, like a ripped Arya Stark with no ounce of personality or sympathy, he works down his revenge list in a way that more than a few viewers are going to find. makes him bizarrely unsympathetic. Not a single person he tries to avenge got enough screen time to justify behavior that even Fox News – the near-exclusive newscast of everyone who watches TV in The terminal list — numbers make Reece a domestic terrorist.

Since Reece is written without an ounce of individual voice and doesn’t take advantage of Pratt’s established appeals, you’ll count on him for one of two reasons: first, he’s a SEAL and therefore always heroic; or second, because the pilot ends with a manipulative event that turns tragedy into cheap narrative shorthand. Opportunities to use Reece’s constraints to give different sides and contexts to the character are falling flat. Reece is monotonous and monotonously gloomy and Pratt embraces that.

In a show that generally suffers from a Ozark level of reduced illumination — Ozark and The terminal list are produced by THR‘s corporate siblings at MRC Television – Pratt gives a performance to match. It’s consistently and relentlessly bleak in a way that a 100-minute movie could have obscured with some snazzy action sequences and a climax blatantly ripped off from Some good men† Each episode could have been shortened to 15 minutes without any loss of nuance or characterization, and I suspect it would have made the series’ goal demo – tuning in to patriotic waving flags, substance-free military slang, and the very rare tight-fitting tension set-piece – just so happy.

There are at least half a dozen really bad renditions that I don’t blame the actors at all. Wu is ridiculously lackluster in a character drafted with no interest in basic journalism or what made Wu such a strong on-screen presence in Hot off the press and Crazy Rich Asians† Like Pratt in his more solid blockbuster roles, perhaps Wu’s primary motivation proves she can play boring. Ditto with Keough, who I hope was well compensated for a presence in the opening credits representing either contractual maneuvering or guild-approved cheating.

The pilot for The terminal list was directed by Antoine Fuqua, who knows how to make claustrophobic action look professional. Most of the rest of the series consists of people driving around in the dark, sneaking around in the dark, experiencing headaches in the dark, and engaging in pew-pew-pew-level firefights. The violence is ubiquitous yet abrupt, and since none of the bad guys get a chance to develop into particularly villainous characters, there’s little cathartic fun to be had here, even when Reece is actually morally or ethically right. This was an opportunity to take a thriller frame and include a meaningful exploration of trauma and other veteran-related struggles, accentuating bravery and heroism. Instead, it’s leaden, usually emotionless and if the pace is high, it’s because something important has been removed.

on Parks and RecreationPratt’s Andy Dwyer developed a strict law enforcement alter ego, Special Agent Burt Tyrannosaurus Macklin. Andy’s devotion to Burt Macklin makes Burt Macklin intentionally hilarious. I’m not sure if James Reece is in fact Burt Macklin without the self-conscious wink or if he’s just a character Andy Dwyer would take very seriously, right down to his wraparound sunglasses and continuity issues. Pratt has finally found the perfect vehicle without fat and without humor. It’s up to viewers to decide whether their July 4 cooking weekend deserves better than this burnt offering to America with red meat.