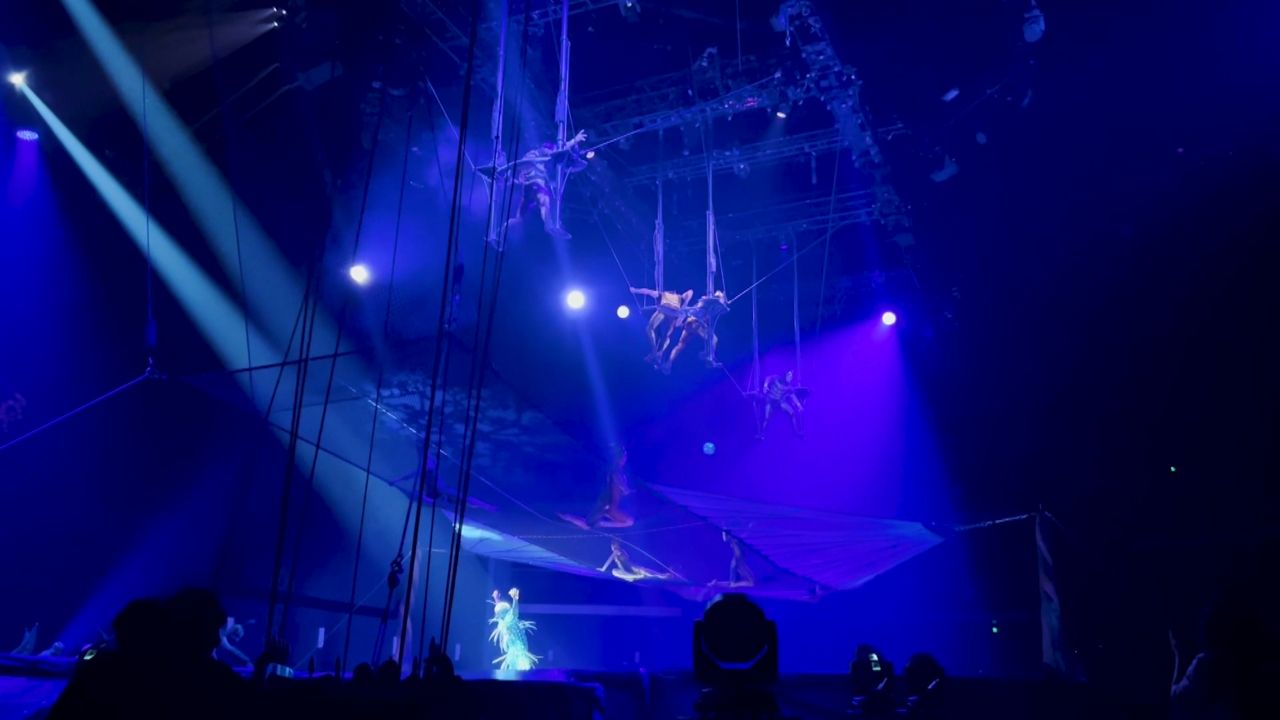 LOS ANGELES — If you want to see Nansy Damianova hard at work, all you have to do is look up — 30 feet to be exact.

“It’s kind of addicting because once you get used to it, you want to keep going,” she said.

What You Need To Know

Damianova plays a beetle in Cirque du Soleil’s “OVO,” a death-defying show about insects, now running at the Microsoft Theater in downtown Los Angeles after a two-year hiatus.

Damianova’s career was flying high when, in March 2020, the world shut down. Damianova found herself out of her dream job and unsure about where she’d land next.

“I tried different jobs here and there, teaching English online, trying to work in a law office for a little bit,” she said.

Perhaps no sector has been hit as hard by the COVID-19 pandemic as the live entertainment industry. Cirque du Soleil was forced to suspend all its shows and lay off 95% of its workforce.

Daniel Lamarre is Cirque’s executive vice chairman of the board and its former CEO. He is also the author of a new book about the company called “Balancing Acts: Unleashing the Power of Creativity in Your Life and Work.” He said they’ve managed to turn things around, thanks to a restructuring deal led by a group of investors.

The show will run in LA until May 1. It’s the first year of a five-year residency. The company is now inviting the public back into its colony, and not a moment too soon.

“What the pandemic taught me is that is that you never know how long you have to enjoy the things you love,” Damianova said.

As audience members took their seats for a recent show, Damianova got into costume. She then walked onto the stage and took her place above the net, watching the crowd from above.