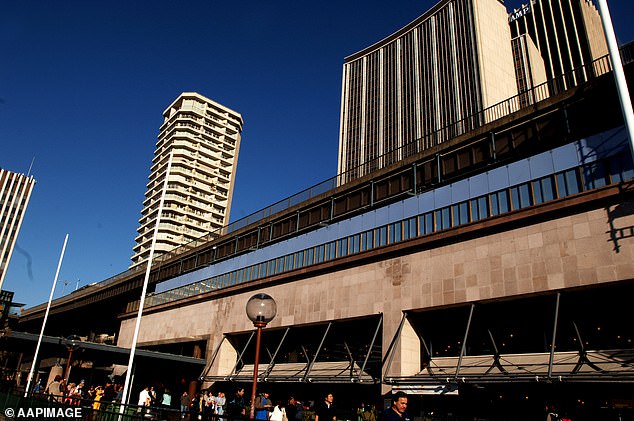 The state government and the local council are engaged in a war of words over what to do with one of Sydney’s most infamous roads.

Sydney Mayor Clover Moore hopes the state government will abandon its plans to convert the busy Cahill Expressway into a pedestrian walkway.

Speaking Wednesday at the Sydney Morning Herald’s Infrastructure Summit, Ms Moore will beg the government to look instead at completely demolishing the road and train station below.

Sydney City Council wants to bring a wrecking ball to the motorway once the Western Harbor Tunnel is complete, and will then turn its attention to getting rid of Circular Quay Station once the City Circle train line can be put underground.

The City of Sydney Council’s new proposal would see the Cahill Expressway disappear within the next 20 years, the Sydney Morning Herald reported.

The proposal and new artist impressions from architectural firm Bates Smart show that the City Circle rail line has been relocated underground, the highway demolished and a ferry terminal replaced with a waterfront public plaza.

The result is an open and green space that fully expresses the busy waters of the quay and the impressive surrounding skyline.

‘It is a huge improvement that connects people from Country and Sydney to the world. It will accommodate local, national and international celebrations and will boost Sydney’s reputation as a major global destination,” said Ms Moore.

“I’d say this is a much better solution than a high line that could stifle the removal of the Cahill Expressway and delay our vision for decades to come.”

The NSW state government has long pushed for the major highway’s renewal to a green high-line, with Prime Minister Dominic Perrottet already trying out the highway closure at a recent arts and music festival. 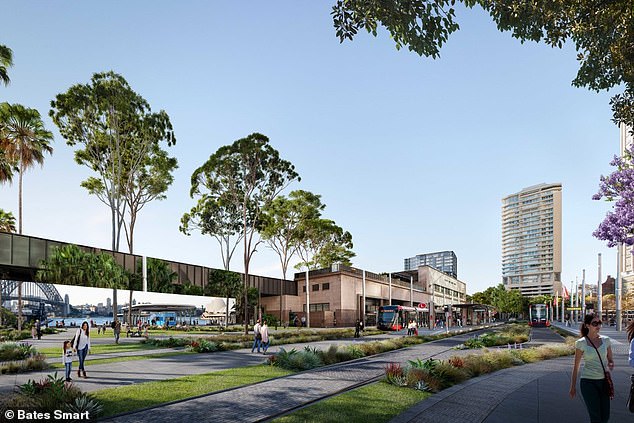 In phase one (above) of the plan, the highway will be demolished once the Western Harbor Tunnel is built, while the railroad will remain in place

Bates Smart director Philip Vivian said that while completely demolishing the highway would be a more expensive and lengthy solution, the government “should sort it out now so we don’t have the same conversation in 50 years”.

‘It is an eyesore without solving the fundamental problem. As we spend public money to modernize Circular Quay, let’s maximize the benefits for Sydney and the public,” he said.

In phase one of the City of Sydney’s plan, the Cahill Expressway would be demolished once the Western Harbor Tunnel is built, but the train line and station would remain in place.

Construction to connect the Warringah Freeway to the Rozelle Junction via the Western Harbor Tunnel is set to begin this year and finish in 2027. 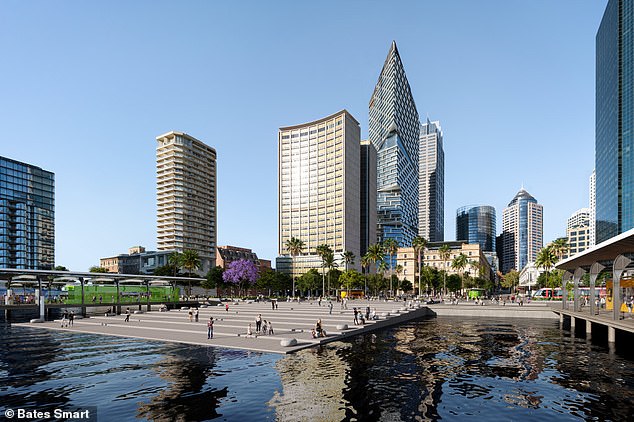 In phase two (above), the City Circle train line will be moved underground and a ferry terminal will be transformed into a public waterfront plaza

Then in another 20 to 30 years the track of the City Circle would be moved completely underground and the former high-rise track would be demolished.

In phase two of the plan, a ferry dock and station would be removed to create a large viewing area of ​​the wharf.

Ms Moore presented the plan to Treasurer Matt Kean and Cities Secretary Rob Stokes in May ahead of the June budget.

The forthcoming budget is expected to include a decision on the future of Circular Quay, but Mr Stokes said the government is also considering other major infrastructure projects and needs to take labor shortages into account.

Despite this, Mr Stokes described Circular Quay’s current layout as ‘terrible’ and said the government would be ‘crazy’ not to try to fix it.

Circular Quay is widely regarded as a ‘gateway’ to Sydney, making the city’s restaurants, nightlife and culture easily accessible to tourists and locals alike.