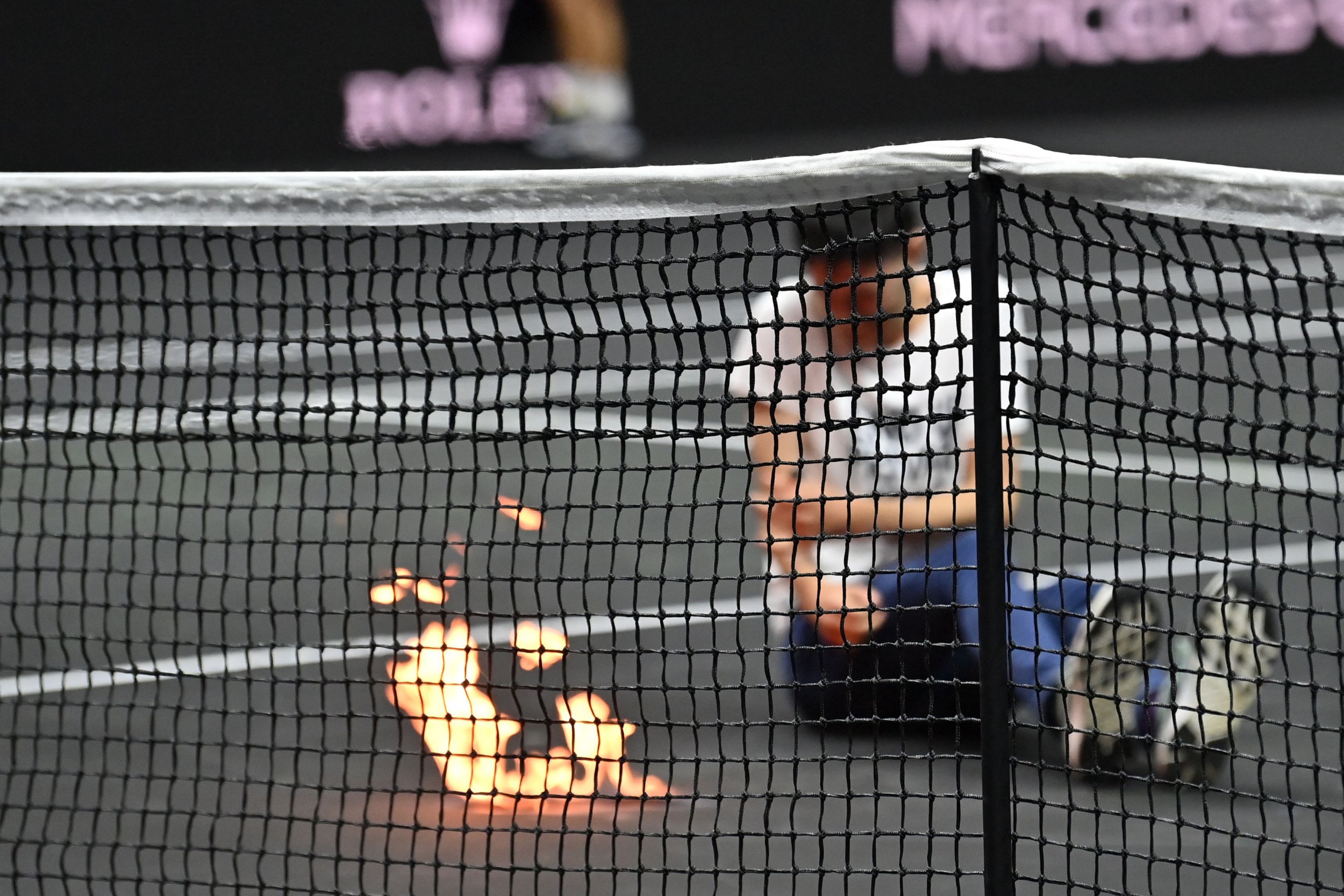 O2 ARENA — A climate activist set fire to his own arm after entering the Laver Cup court in London.

During a break in the game, the protester was seen wearing a white T-shirt with the slogan “End UK private jets” as he ran onto the pitch with a bottle before sitting down by the net.

He used a lighter to light a fire, setting both his right arm and the court ablaze, then could hear screams as he tried to put out the fire on his arm.

Security then made their way to court, with one choosing to put out the fire with their own suit jacket before the protester was finally taken off.