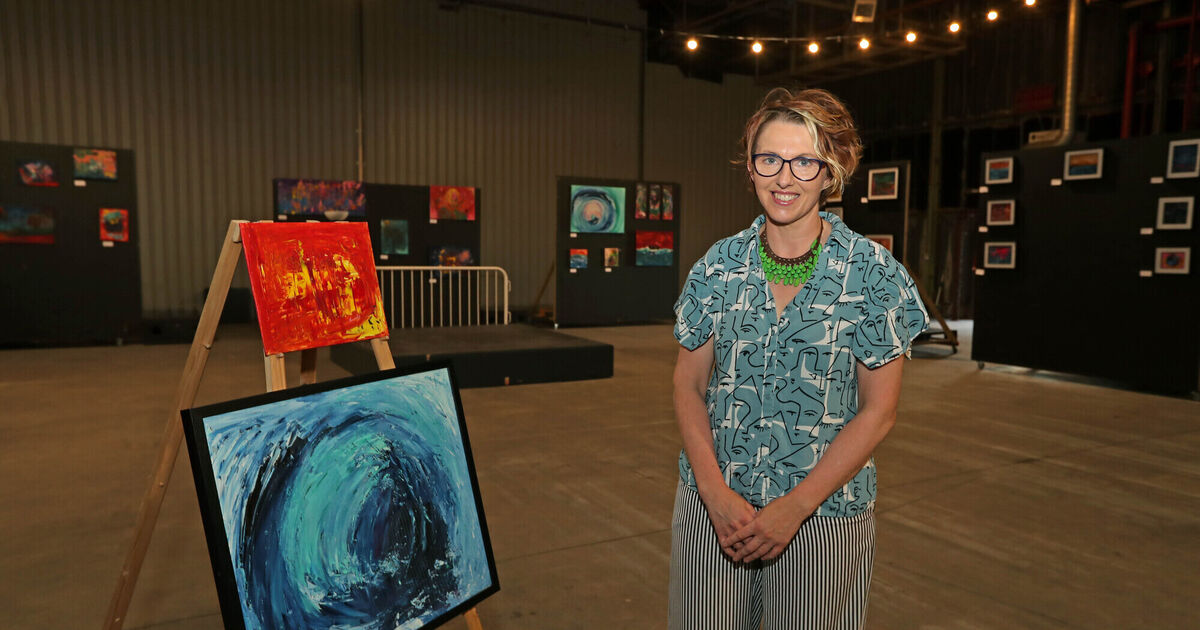 The Marina Market is hosting an exhibition from a local artist this week in what is planned to be an ongoing series of events in the space.

The exhibition, Sea Soul, is a collection of oil and acrylic paintings by Ardmore artist Marie O’Neill, who works as a community garda on Anglesea Street.

The works were created over a period of two years as Mrs. O’Neill looked after her mother when she was going through a serious illness.

“It was a very emotional time, and it was also a time of intense spiritual awakening for me, and painting itself became a liberation for me,” Ms O’Neill said. The echo.

“I just felt the need to paint and create, and it was like releasing the energy onto canvas.

“It’s strange to look at all the collected works and see them all in one space,” she said.

“I was lucky enough to show some of these pieces recently at Alchemy Café on Barrack Street, and it was my friend Zelen, an artist who works as a barista at Alchemy, who persuaded me to exhibit my work, first on Barrack Street. and now in the Marina Market.”

Zelen, also known as Gagotsiwe Tshabangu, or Unkle Zeh, started a project called “Wrkbrk” in which he would use his 30-minute work break to host a series of solo and collaborative art projects and exhibitions.

“Two years later, it’s nice to see the visions come to life, thanks to local businesses like Alchemy and the Marina Market giving me the chance to use their space to promote and showcase local artists,” Zelen said.

He described Ms. O’Neill’s paintings as capturing expression, colors and emotion, inspired by the beauty of nature and the power of the sea.

“The artist often painted when she felt intense energy flowing from her hands, she felt a strong need to paint, and the pieces come out raw and each piece is unique,” he said.