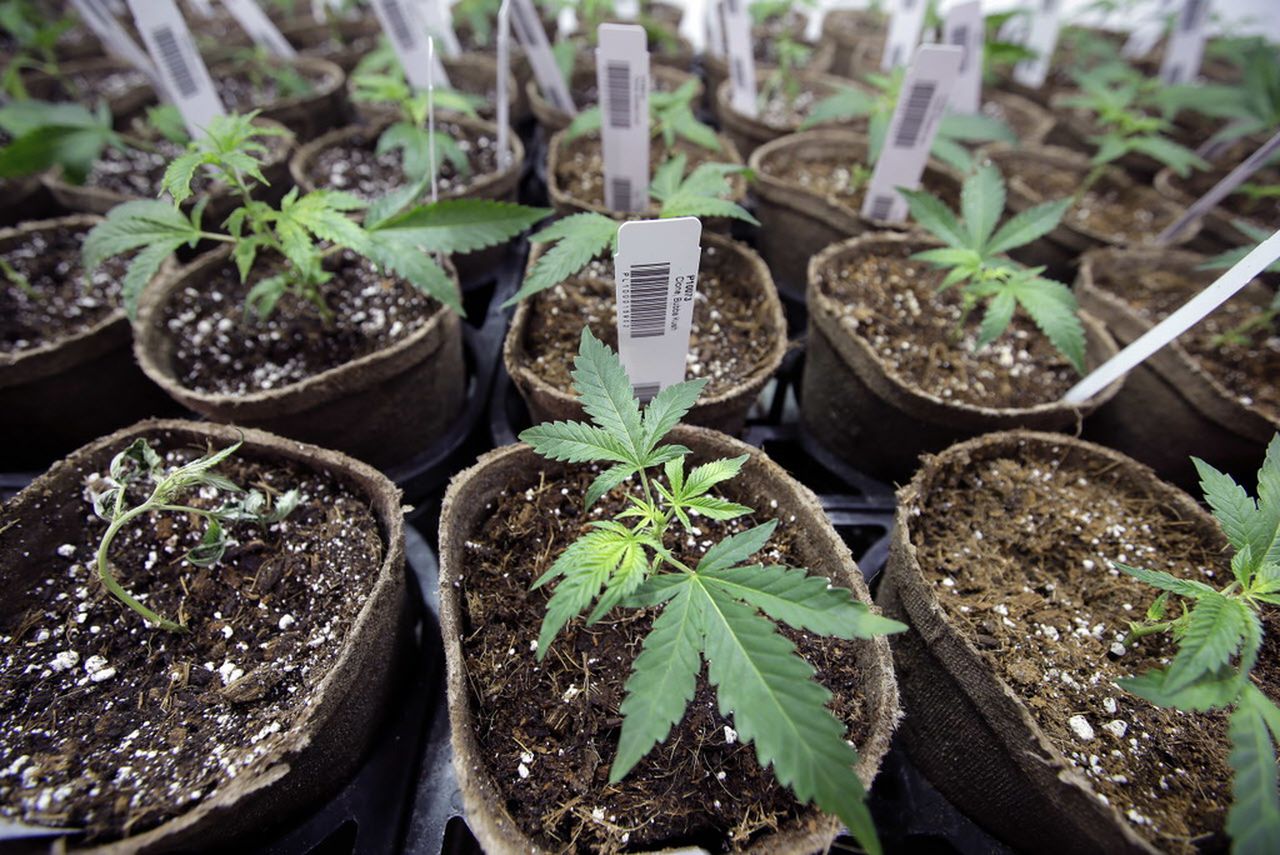 Adams acknowledged the “federal hurdle” when asked about his idea at a news conference Tuesday after cutting the ribbon for a rooftop farmhouse atop an office building in Bloomfield on Staten Island.

The mayor stressed that New York City has limited open spaces, which calls for creative solutions such as rooftop farms and gardens. Adams also highlighted the employment opportunities that the cannabis greenhouses could create.

“I believe there is a great opportunity for cannabis to grow on NYCHA rooftops with an employment aspect. And the use of a medicinal cannabis aspect of the building,” he said. “We have to think differently about employment and make better use of our roofs.”

Adams first mentioned his idea on April 9 during a panel discussion on issues related to state legalization of cannabis at the annual conference of the New York State Association of Black, Puerto Rican, Hispanic & Asian Legislators.

The mayor said the idea would engage residents of NYCHA properties with opportunities for them to staff and oversee the greenhouses, Gothamist reported.

Olga Alvarez, a spokesperson for the regional office of the United States Department of Housing and Urban Development (HUD), told Gothamist they had not yet been approached by City Hall about Adams’s idea, the outlet reported Monday.

Regarding the idea, Alvarez said, “There’s not much more to say, marijuana is illegal in public housing.” This is because NYCHA receives some of its funding through HUD.

At Tuesday’s press conference, Adams said he will meet with the federal government and agencies to discuss the possibility of a waiver to allow the social housing rooftop cannabis greenhouse project to flourish.

NYCHA has rejected Advance/SILive.com’s request for comment on the draft.

The agency receives a significant amount of funding from HUD annually through grants. The cannabis greenhouses on the roofs of NYCHA buildings could jeopardize this financial interest.

State senator Diane Savino (D-Staten Island), who has been a staunch advocate for the legalization of cannabis and the creation of a cannabis industry in New York State, told the Advance/SILive.com that she thinks Adams’ idea “definitely worth pursuing.”

However, the senator noted that there would be “extraordinary security concerns” in setting up and maintaining the greenhouses.

“Honestly, it’s time for the federal government to pull its head out of its ass when it comes to marijuana. Nineteen states and counting either have adult use or are pursuing adult use. Thirty-eight states have medical. This is ridiculous. It’s enough. They should either legalize it or defer marijuana and let states do what they do,” Savino said.

The U.S. House of Representatives passed the Marijuana Opportunity Reinvestment and Expungement (MORE) Act on April 1, 2022, which would decriminalize cannabis at the federal level and remove it from the controlled substance list.

The country will have to wait and see if history repeats itself. A similar bill, the MORE Act of 2020, was also passed in the House of Representatives, but was rejected in the Senate.