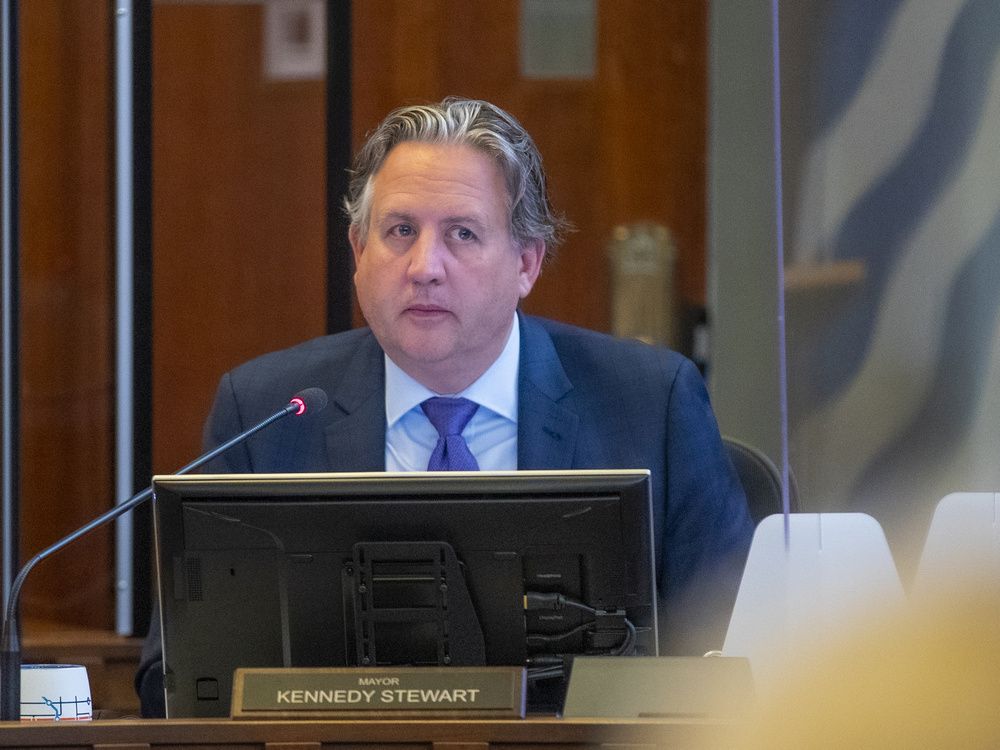 Canadian National Intelligence officials last month requested a meeting with Vancouver Mayor Kennedy Stewart to educate him about the risks of foreign interference in the run-up to this fall’s municipal elections.

The Canadian Security Intelligence Service (CSIS) met with Stewart in late May, the mayor’s calendar shows.

Stewart reached out on Friday and confirmed that the meeting was at the request of CSIS. He said he and his co-chief of staff Neil Monckton met with “a very senior CSIS official and an expert on China.”

“They spent almost two hours informing me about foreign interference in domestic politics,” Stewart said. “When I asked about specific reasons, they said they couldn’t tell me, which was a concern.”

Stewart said that, as per their usual practice, CSIS officials have neither confirmed nor denied the existence of any specific evidence related to the October municipal election.

“However, they said this kind of briefing is highly unusual,” Stewart said, giving a general briefing on risks, past examples elsewhere and what to look for.

Stewart said he didn’t know if other local politicians had received similar briefings from CSIS, and Postmedia reached out to other Metro Vancouver mayors to ask. A representative from the City of Surrey said CSIS had not requested a meeting with city officials or the mayor, and New Westminster Mayor Jonathan Cote said he had not been invited to such meetings.

Asked about the meeting with Stewart, CSIS spokesperson Brandon Champagne said, “As you might expect, I am unable to discuss the details of our interactions with organizations or individuals.”

Champagne added that CSIS routinely works with a range of people, including elected officials, “to discuss the potential threats to Canada’s security and interests and provide briefings on specific threats.”

“CSIS provides these briefings to promote awareness of foreign interference and the actions of other hostile actors to strengthen individual security practices and protect Canadians and their interests,” Champagne said.

Elections BC, which oversees campaign funding and advertising for municipal elections, has to date “not seen any significant instances of disinformation or foreign interference in local or state elections in BC,” spokesman Andrew Watson said. But he added: “As is well documented, the risks that disinformation and foreign interference pose to electoral democracy are real, and it is possible that they will be more present in future BC elections, at all levels.” .”

While BC has restrictions on foreign campaign funding, including a ban on contributions from corporations and non-BC residents, the county’s electoral law does not regulate the content of election advertising, Watson said. “This means that Elections BC does not regulate whether or not an election communication constitutes ‘disinformation’.”

BC’s election laws have transparency measures, requiring election advertisers to register with Elections BC so the public knows who pays for ads or conducts other paid recruiting activities designed to influence voting, Watson said.

But Elections BC has called for strengthening the county’s electoral laws “to better mitigate misinformation and threats of foreign interference,” Watson said.

In 2020, BC polling station Anton Boegman submitted a report to the Legislative Assembly recommending changes, “to ensure British Columbia’s electoral process remains fair and transparent in the age of digital campaigns.”

The report’s recommendations, which apply to both local and provincial elections in BC, prompted lawmakers to consider restrictions on deliberate disinformation campaigns designed to disrupt the electoral process, similar to federal-level provisions in Canada. election law. The report also noted that currently “foreign and foreign entities may be able to provide funding indirectly or anonymously to registered third-party advertising sponsors,” and recommended prohibiting ad platforms from accepting election ads from foreign entities.

At the time of the May 2020 report, Boegman said the government was dealing with more pressing priorities as it grappled with the COVID pandemic. “But I encourage lawmakers to take proactive steps to secure our electoral process ahead of the next county elections in the province” (which were later held in October 2021).

But as of June 2022, the county has made no legislative changes based on the report, Watson said. “We are hopeful that lawmakers will adopt our recommendations before the next provincial general election in BC, scheduled for 2024.”

The news of Stewart’s CSIS briefing comes as the alarm is being raised at the federal level about these issues. On Wednesday, Canada’s election commissioner Yves Côté told CBC News that foreign interference and disinformation pose “a particularly significant challenge” to Canada’s electoral system.

Côté told CBC that he has agreements with tech companies such as Twitter, Google and Facebook that make it easier for his office to investigate complaints, but he has no agreements with other “foreign agencies” such as Tencent, the company that owns the popular Chinese language online messaging platform WeChat.

Earlier this week, The Canadian Press ran a story that a federal investigative unit had uncovered a Chinese Communist Party information operation to discourage Canadians of Chinese descent from voting for the conservatives ahead of Canada’s last national election. Asked for comment on the report, the Chinese embassy in Ottawa told The Canadian Press, “China has always adhered to the principle of non-interference in the internal affairs of other countries.”

Foreign interference can be a problem for any level of elections, including municipal, said Heidi Tworek, an associate professor of international history and public policy at the University of BC. “One of the main problems is that we focus on federal elections and have little research in municipal and provincial elections.”

Ahmed Al-Rawi, an assistant professor at Simon Fraser University, said, “We do not have the infrastructure in Canada to closely monitor such interference and immediately report it to the general public.”

This is especially true when it happens in languages ​​other than English, or on alternative social media sites like Parler, Rumble or BitChute, said Al-Rawi, who is also director of The Disinformation Project, a federally funded research project that investigates fake news. misinformation and misinformation.

“I think the public needs to be better and faster informed when there are cyber operations trying to influence them. We don’t have such mechanisms,” Al-Rawi said. “The government should get more data from social media companies and search engines like Google, and this data should be shared with researchers. Again, unfortunately this is not happening.”