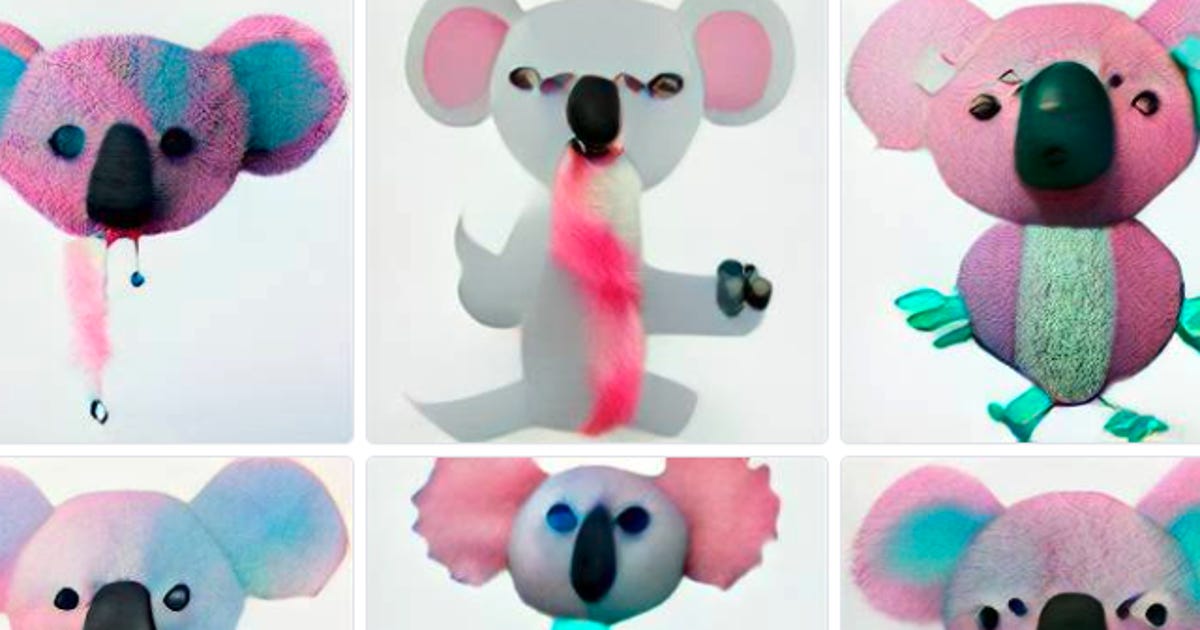 With Dall-E Mini, you can type a short phrase describing an image, a phrase that theoretically only exists in the deep recesses of your soul, and within seconds the algorithm will manifest that image on your screen.

Chances are you’ve seen some Dall-E Mini images popping up in your social media feeds when people think of the wildest prompts they can think of — maybe it’s Jon Hamm eating ham, or Yoda robbing a grocery store .

This is not the first time that art and artificial intelligence have attracted the attention of the internet. There’s a certain appeal to seeing an algorithm tackle something as subjective as art. In 2016, actor Thomas Middleditch made a short film based on a script written by an algorithm. Google has produced more than a few tools that connect art and AI. In 2018, the Arts & Culture app allowed users find their doppelgängers on famous paintings. Or AutoDraw from Google will figure out what you are trying to scribble and solve it for you.

There are other text-to-image systems, such as OpenAI’s Dall-E 2 and Google Imagen, that are not yet available to the masses.

Here’s what you need to know about Dall-E Mini and its AI-generated art.

What is Dall-E Mini?

Dall-E Mini is an AI model that creates images based on the directions you give it. In an interview with the publication I, programmer Boris Dayma said he initially built the program in July 2021 as part of a competition between Google and an AI community called Hugging Face. Dayma did not immediately respond to a request for comment.

How does it work?

Anyone can type a prompt and hit the “run” button (although you’ll probably get an error about traffic to the tool and have to try again). Dall-E Mini will spit out its results in the form of a 3×3 grid with 9 images. A comment about the tool on its website says it is trained on “unfiltered data from the Internet”.

How good is the AI?

Unsurprisingly, Dall-E Mini is a bit hit and miss. In the interview with I News, Dayma said the AI ​​is better with abstract painting, less with faces. A landscape of a desert is quite beautiful. A pencil sketch of Dolly Parton seems to steal your soul. Paul McCartney eating kale will cost you years of your life.

However, Dayma said the model is training (that the ability to learn is one of the things people love — and fear — about AI), meaning it can improve over time. And with Dall-E Mini’s viral popularity, the point of finding the most outlandish image you can imagine isn’t necessarily to get a perfect impressionistic rendering of a Waffle House. The fun is more in coming up with the most bizarre images that don’t exist – that perhaps shouldn’t exist – and bring them to a cursed existence.

Dall-E also has a comment that image generation can have a less fun side and can be used to “strengthen or exacerbate societal prejudices.”

Is Dall-E Mini related to Dall-E 2?

No, they are not associated. Dall-E 2 is also an AI image generation tool launched as a research project this year. It was created by the AI ​​research and implementation company OpenAI and is not generally available.

What kind of images do people create?

On social media, you can find a plethora of strange Dall-E Mini creations, from Thanos in a Walmart searching for his mother to Jar Jar Binks winning the Great British Bake Off. Here are some other highlights.