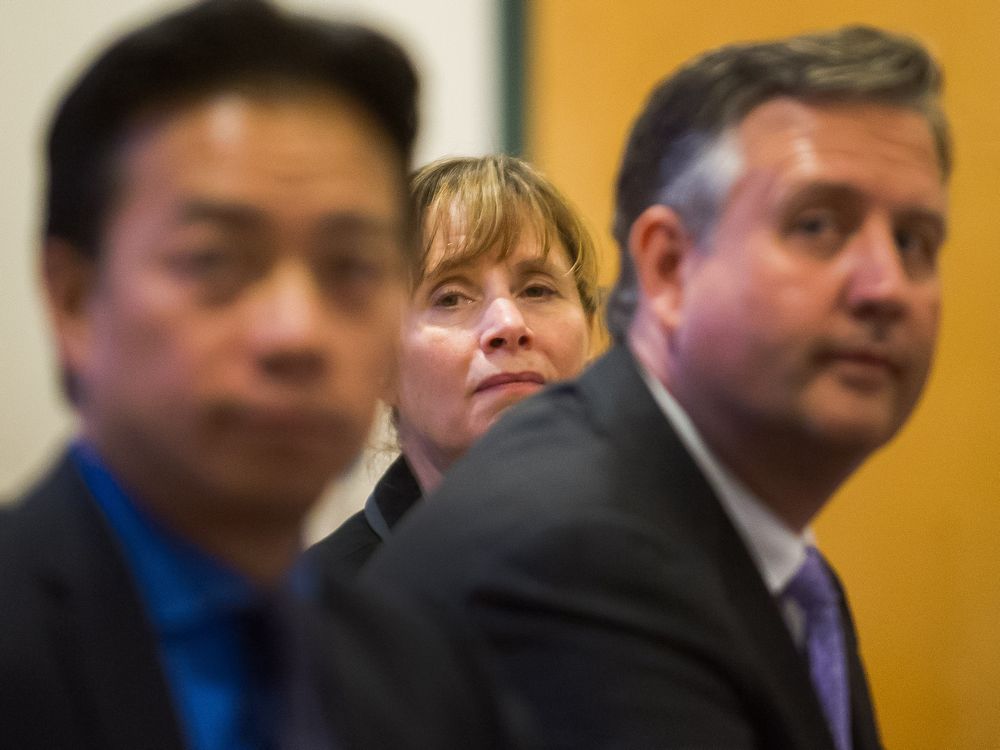 Five months after the Vancouver municipal election, candidates from new parties appear to be the biggest challengers to current mayor Kennedy Stewart.

A new poll by Research Co. It turns out that Stewart, with the power of the establishment, has been chosen by 41 percent of respondents as the mayoral candidate they are likely to support. Ken Sim, who joined the new ABC Vancouver party, was the first choice of 26 percent of respondents, followed by Coun. Colleen Hardwick of the start-up TEAM for a livable Vancouver at 19 percent.

Two other mayoral candidates came in as the top choice of eight percent of respondents: Mark Marissen of Progress Vancouver and John Coupar of the NPA.

Sim’s emergence as a top challenger may not come as a surprise, given his name recognition after losing to Stewart by less than 1,000 votes in the previous election.

But Mario Canseco, president of Research Co., said, “The biggest story for me, when I look at the data, is how well Colleen Hardwick did.”

Hardwick was the top choice for more respondents than Sim on the west side of the city, Canseco emphasized, and also performed well among voters aged 35 to 54.

Respondents were asked to rank the five stated mayoral candidates, from most likely to support to least likely. While Stewart has quite the edge when considering only the top picks from respondents for whom they’re most likely to support, the race seems closer when both the first and second-ranked picks are combined: Stewart has a combined 56 percent, ahead of Sim’s 49 percent and Hardwick’s 42 percent. Marissen was fourth with 29 percent and Coupar at the bottom with 25.

The low level of support for Coupar and the NPA is also noteworthy, Canseco said.

The NPA is Vancouver’s oldest and most historically successful citizens’ party, having had the majority of the mayor and city council for much of the past century. But this new poll suggests that many more people at this stage are inclined to support former NPA candidates who have left the party, rather than Coupar, the party’s actual candidate this year.

Hardwick ran for council and won with the NPA in 2018, and Sim was the NPA’s mayoral candidate that year. Since then, both have publicly expressed concern about the behavior of the NPA board and have left the party to get on the ground floor of their own new constituencies.

Of respondents aged 55 and over, only one percent chose Coupar as their top choice, a result Canseco called “simply astonishing.”

The data is based on an online survey conducted April 13-16 of 419 likely voters in Vancouver. The poll was commissioned by the Vancouver and District Labor Council (VDLC), a union group that supported Stewart and a number of council candidates in 2018.

The Labor Council and its affiliates represent about 60,000 union workers living in Vancouver, said VDLC chairman Stephen von Sychowski. The VDLC has already approved Stewart for re-election this year, as have five sitting councilors – Green councilors Adriane Carr, Pete Fry and Michael Wiebe; OneCity Count. Christine Boyle and COPE Coun. Jean Swanson — and is expected to announce five more board approvals next month, choosing from among the candidates nominated by those three parties, as well as Stewart’s new party, Forward Together.

Von Sychowski said the VDLC was pleased with the results, including the answer to a question about which “scenario” voters would prefer after the election: 44 percent of respondents said they would like to see a coalition council with two or more parties. holding a majority of council seats and working together, compared to 33 percent who wanted a one-party majority.

Voters may be open to the idea of ​​a coalition after seeing how the BC NDP’s settlement with the Greens functioned at the provincial level, Von Sychowski said, as did the federal Liberals and the NDP.

“These opportunities can do a lot of good for those who can find common ground and move their agenda forward,” von Sychowski said. “There’s probably also a sense that more different voices can be heard and everyone can be held a little bit accountable.”

Mark Hosak of Forward Together called the results “encouraging…It shows people approve of what we’ve accomplished, but we know there’s a lot more to do.”

ABC campaign manager Kareem Allam said: “We are encouraged by the support we are getting. We are five months away from the election and we are closing the gap.”

For Allam, a “big benefit” of the poll is that although Stewart was the number one choice for 41 percent of respondents at this early stage, it suggests many voters want change.

“A lot of people are dissatisfied with the mayor,” Allam said. “The Labor Council just released a poll saying 59 percent of the city wants their man gone.”

Representatives from the NPA and TEAM did not immediately return a request for comment on Wednesday.

Marissen said the new data showed a positive trajectory for him, compared to a poll conducted last year by Abacus Data that showed he had one percent support. With the new poll showing that Marissen is eight percent the best choice, he said: “That’s progress.”

The election is scheduled for October 15.