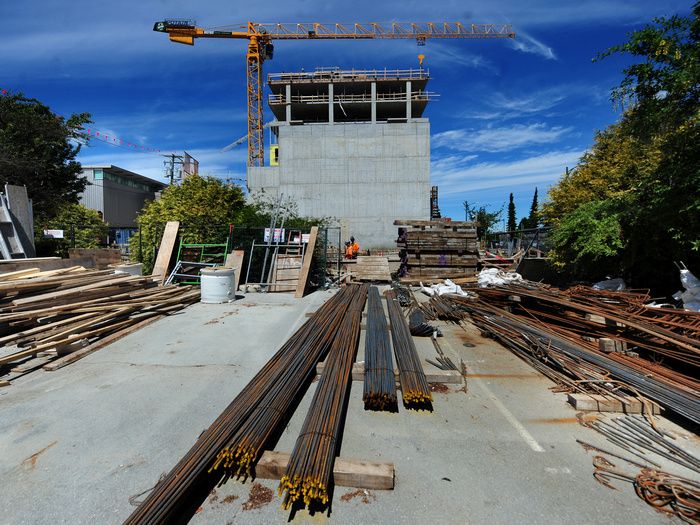 A press release from the City of Vancouver this year praised 2,956 purpose-built rental homes that were approved for construction — “the highest approvals in decades.” And a press release last year heralded “historic approval numbers.”

While this is welcome, approvals aren’t the only metric that matters. Figures from the municipality also show that the completions of rental homes are lagging far behind the approvals.

And looking ahead, homebuilders, both private and nonprofit, are warning that current and future conditions could mean many recent approvals will never be completed.

City officials share their concerns. In a city with chronically low rental vacancy rates and projected population growth, a lack of rental construction could exacerbate Vancouver’s housing shortage in the coming years.

Figures on Vancouver’s development permits, provided to Postmedia News on request, show that the city approved 15,390 units of purpose-built rental housing between 2010 and 2021. But in that time, only 6,249 rental homes were completed — barely 40 percent of the approved total.

This annual average of about 500 rental deliveries is more than double the previous decade. Between 2000 and 2009, average rental completions in Vancouver were about 200 homes per year.

But it is still a long way from the peak for the apartment building boom. The average number of rental home completions in Vancouver between 1960 and 1969 was approximately 2,600 homes per year.

Of course, a unit approved one day will not be built the next. Construction takes years and there are many reasons for delays. Figures show that the number of completions started to increase a few years after getting the approvals, which makes sense.

The concern now is which direction completion numbers can go.

For a variety of reasons, including changing government policies and the rise of apartment building, Vancouver and other Canadian cities built far fewer purpose-built rental homes after the 1970s. In 2010 and 2011, Vancouver built zero.

Condos can provide good housing, whether for the owner or in the secondary rental market. But purpose-built rental housing offers far more security and stability than rented apartments or basement suites, and Vancouver’s planners have put in place programs for the past decade to promote rental construction. Boosting rentals was a key part of Mayor Kennedy Stewart’s 2018 campaign and will likely be a key point in his run for reelection this year.

Recent rising rental approvals suggest that city policies over the past decade have had the desired effect, said Cynthia Jagger, a director of Goodman Commercial, a Vancouver real estate firm that specializes in rental properties and development sites.

In recent years, with low interest rates and supportive government programs, “the stars were really aligned for rentals,” she said, “and we only delivered 689 last year, so it’s a little scary looking ahead. … There is so much headwind right now.”

Much of these headwinds are beyond City Hall’s control – interest rates, global supply chain issues, the regional labor market.

In 2016, Ottawa unveiled a low-cost construction loan program for rental projects, which the industry has seen as essential for enabling developments in recent years.

But in this year’s budget, the FBI proposed raising affordability requirements so much that the program “is falling apart,” said Beau Jarvis, president of Wesgroup Properties.
More affordability sounds like a good thing.

But, Jarvis predicted, the changes would mean the private sector simply won’t build these rental projects.

The low-cost loan program “worked beautifully to the extent that we converted transit condo projects to rentals. That’s how good the program was. And that’s what you want,” Jarvis said. inflation are skyrocketing, are you trying to run the program in such a way that it makes everything unfeasible?… They are going backwards.”

“You often see a tick-up in approvals because the stars are aligned. And then when you see the actual delivery trail disappear, it’s because those approvals take quite a bit of time and the stars move away from each other,” Jarvis said. and we are now entering that phase. Development projects are being suspended.”

Some observers are – perhaps understandably – skeptical of such claims, arguing that private sector developers are simply gross because their fat profit margins could be a little thinner.

“If I’m on the market side, theoretically, if rents keep going up or apartment sales prices keep going up, I’ve got a bit of a buffer,” Davie said. “But on the non-profit side, the revenues are pretty steady. … We can’t just turn a real estate for social purposes into a market apartment.”

“I think you’ll find that projects just don’t come forward,” Davie said. “Some projects will stop before they start.”

Such concerns are “legitimate and justified,” said Dan Garrison, head of housing policy and regulation in Vancouver. “Rental projects in particular are very sensitive to interest rate changes, so we are hearing from a number of applicants, both private and non-profit organizations, expressing concerns about the viability of construction on some of those projects, although they have been approved.”

City Hall isn’t wrong to tout record-setting approvals. There can be no completions without getting approvals first, so for anyone who agrees that Vancouver needs safer rental housing, more approvals is good news.

But approvals are only part of the picture. People need affordable, suitable housing. And no one can live in an endorsement.