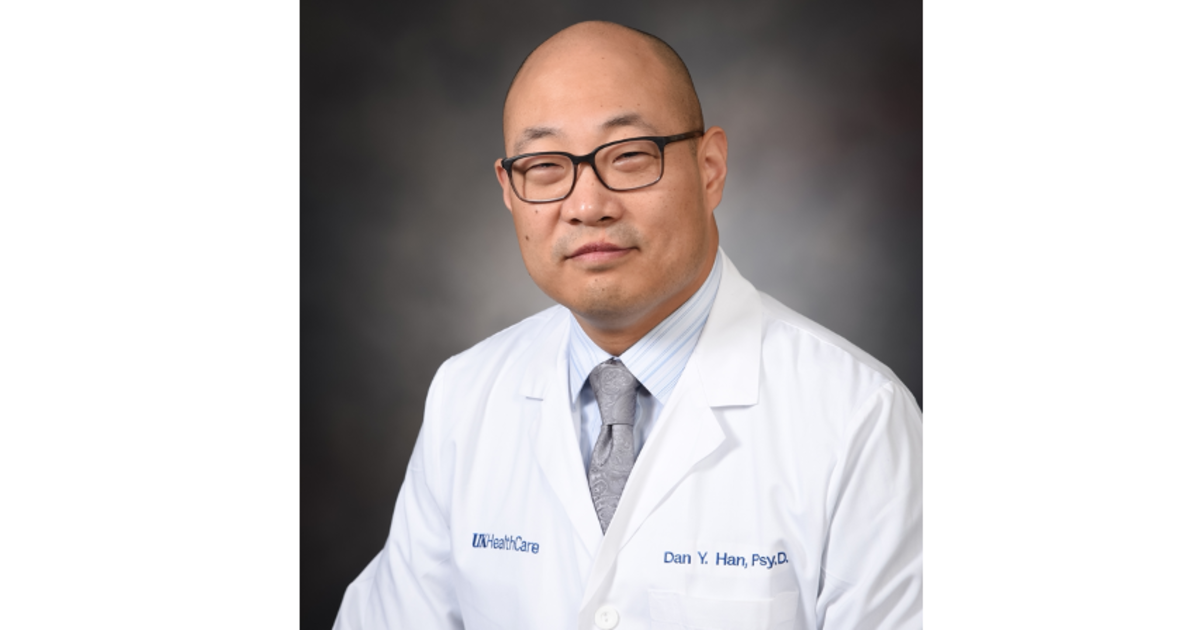 LEXINGTON, Kentucky (September 23, 2022) — Dan Han, Psy.D., chief of neuropsychology at UK HealthCare, and professor of neurology, neurosurgery and physical medicine and rehabilitation at the University of Kentucky College of Medicine, has been elected a fellow of The Royal Society of Medicine and The Royal Society for Public Health in the United Kingdom. Han was one of the last fellows elected to these royal societies under the patronage of Her Majesty Queen Elizabeth II.

These recognitions are related to his international work in neurogastronomy, the study of taste perception in the brain and how it affects global health and sustainability. Formulated as a new academic discipline by Gordon Shepherd of Yale University, neurogastronomy as an international movement spread here at the University of Kentucky with Han, along with Tim McClintock, Bob Perry, Sid Kapoor, Kelsey Rahenkamp, ​​Lilian Brislen, and Bret Smith (former UK Chair of Neurosciences).

Han is funded by the Department of Defense, the National Institutes of Health, the Department of Education, foundation grants, and clinical trials involving brain behavior research and program development. Clinically, Han specializes in brain injuries and neurological diseases, and heads a consultation department that serves 24 hospital service lines and 58 regional hospitals and clinical practices. His work has been featured in Newsweek, National Geographic, BBC, NPR, Apple Podcast, Spotify, the APA Monitor on Psychology, among others, with coverage in 16 countries in 11 languages.

About the Royal Society of Medicine:

The Royal Society of Medicine was founded in 1805 as the Medical and Surgical Society of London. The association has a long and rich history as a multidisciplinary association sharing scientific, medical and health knowledge. Early fellows of the Royal Society of Medicine were Charles Darwin (naturalist and biologist), Edward Jenner (inventor of the smallpox vaccine), Sigmund Freud (neurologist and founder of psychoanalysis), Jean-Martin Charcot (leading neurologist and discoverer of disorders such as Parkinson’s ), Thomas Addison (physician and discoverer of Addison’s disease), and Sir Alexander Fleming (awarded the Nobel Prize in 1945 for the discovery of penicillin).

About the Royal Society for Public Health:

Founded in 1856, the Royal Society for Public Health is one of the oldest public health organizations in the world. It focuses on protecting people’s health through charity and policy work. The Royal Society for Public Health is awarding a fellowship to recognize and celebrate the achievements of people working in public health in the UK and worldwide. Currently, it has fellows around the world who work in a wide range of public health fields, including environmental health, food safety, health care, policy making, and infectious diseases.