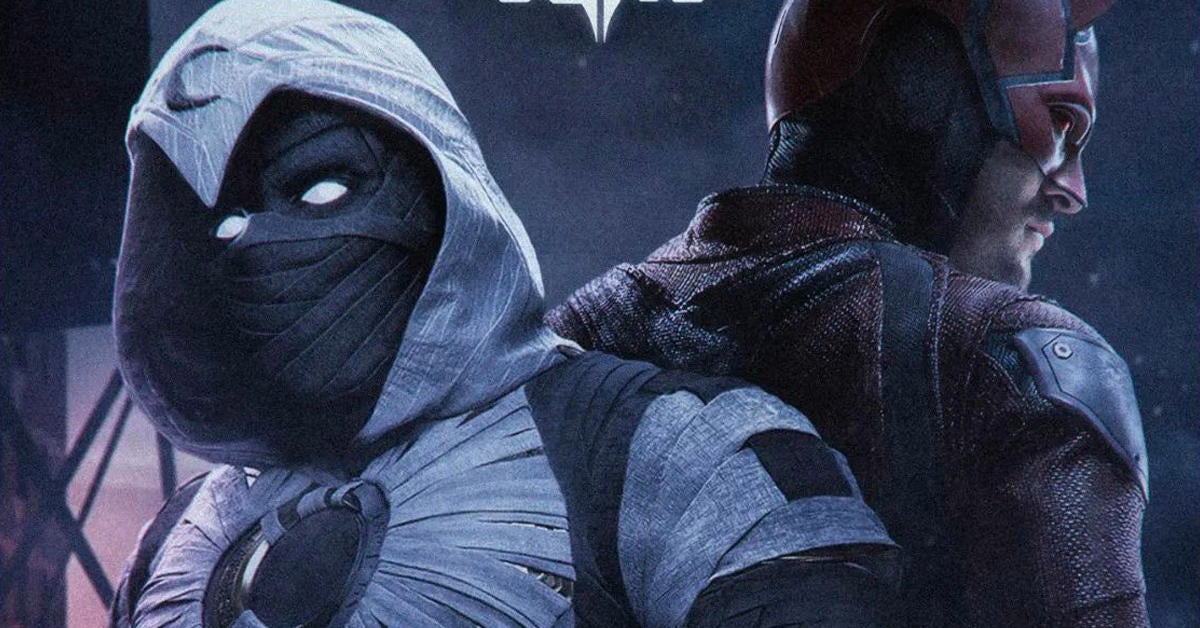 It’s a good time for fans of Marvel’s band of street heroes. Earlier this month, Marvel Studios released the first season of Moon Knight, takes fans into the spirit of the vigilante. Fast forward a few weeks, and the Hollywood transactions reported that the House of Ideas has already started developing a daredevil series aired on Disney+† Now fans are hoping that the two characters will eventually cross paths on their way through the Marvel Cinematic Universe.

Wednesday afternoon, Instagrammer @death.streak_art shared an epic photo of the two encounters, teasing a team-up in a potential midnight Sun series. Not only is the fan art featuring both characters incredible in its own right, but the artist also gives Marc Spector his black and white suit, a look adored by fans of the character. Check out the fan art for yourself below.

Earlier this year, Moon Knight actor May Calamawy – the MCU’s new Scarlet Scarab – said she would like to appear on a Midnight Suns-esque team, including Blade and other horror types.

“There’s nothing I know yet about what could happen to Scarlet Scarab,” said the… Moon Knight star told Inverse. “But I like Dr. Strange, that would be cool. Sheet would be cool because I’ve worked with Mahershala Ali and I love him so much. And then I love all women. I love Agatha. I feel like in the beginning I loved everyone who was some kind of villain like Nebula. I found them so complicated. But honestly, it really depends on the story. I actually want to be with them.”

Moon Knight is now streaming in its entirety on Disney+ while Marvel’s new daredevil series has not set a release date yet.

What did you think of The Fist of Khonshu’s live-action debut? Let us know your thoughts in the comments section or via hit our writer @AdamBarnhardt on Twitter to chat all MCU†

Note: If you purchase one of the great independently selected products offered here, we may earn a small commission from the retailer. thanks for your support†