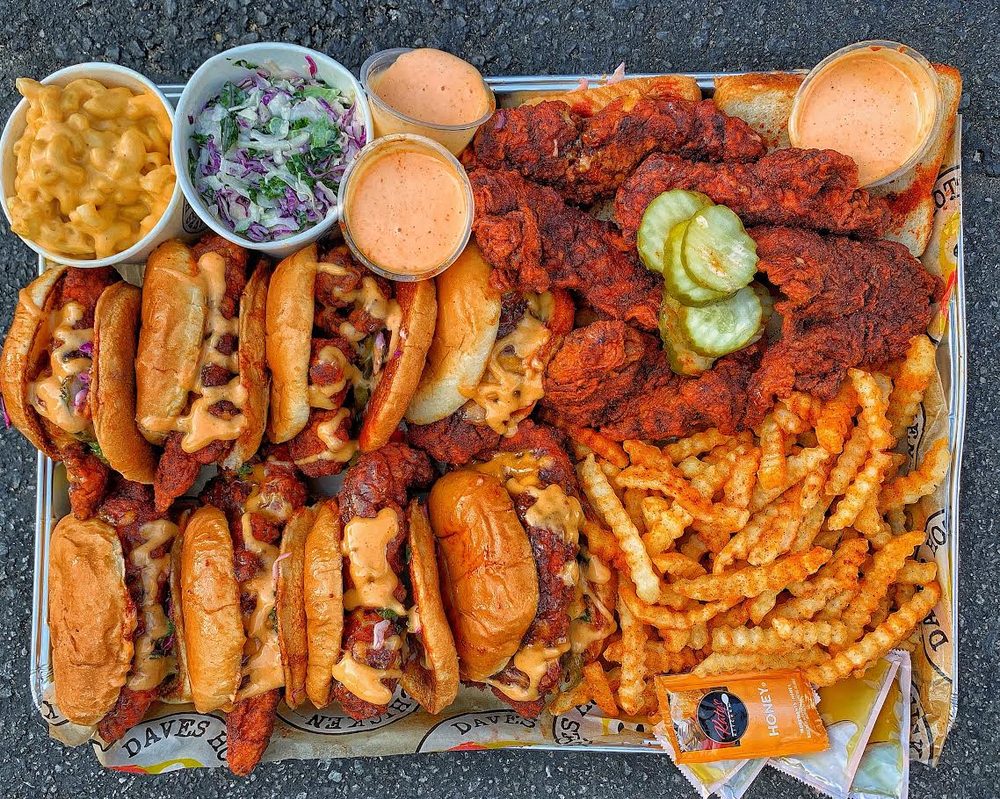 If you’ve ever lived in Los Angeles or traveled to the sprawling metropolis, chances are you’ve heard of Dave’s Hot Chicken. In any case, you’ve seen thousands of Instagram photos of trays filled to the brim with fried chicken, chicken sandwiches, and french fries — all with a reddish tinge indicating the bird is spicy.

Now those Instagrammable photo opportunities are coming to the Bay Area with three new locations, as first reported by the San Francisco Chronicle.

New outposts are coming to Oakland, Sunnyvale, and San Leandro this summer. In 2021, the first two Bay Area locations will open in Santa Rosa and Union City.

What started as a literal roadside effort by four friends, Arman Oganesyan, Tommy and Gary Rubenyan, and Dave Kopushyan (who trained under Thomas Keller at Bouchon, Los Angeles) have turned their version of Nashville hot chicken into a nationwide chain. Franchise opportunities have allowed them to open their doors in Florida, Texas, Oregon, Michigan, Ohio, Indiana, Massachusetts, North Carolina, Wisconsin, Illinois, Nevada, Colorado, Canada, and throughout California.

Hot chicken has been served in Nashville, Tennessee since the 1930s, and Prince’s Hot Chicken is known as the originator of the fiery hot recipe. The recipe became a trend in the mid-1900s and everyone had to grab a bite — no matter how spicy it was.

The expansion is just the start of a nationwide takeover of the company. Backed by investors such as Drake and Samuel L. Jackson, the brand plans to open 500 locations in North America.

Dave’s Hot Chicken in Oakland is located at 2228 Broadway, the San Leandro location at 1495 E. 14th St. and the Sunnyvale store at 118 El Camino Real.