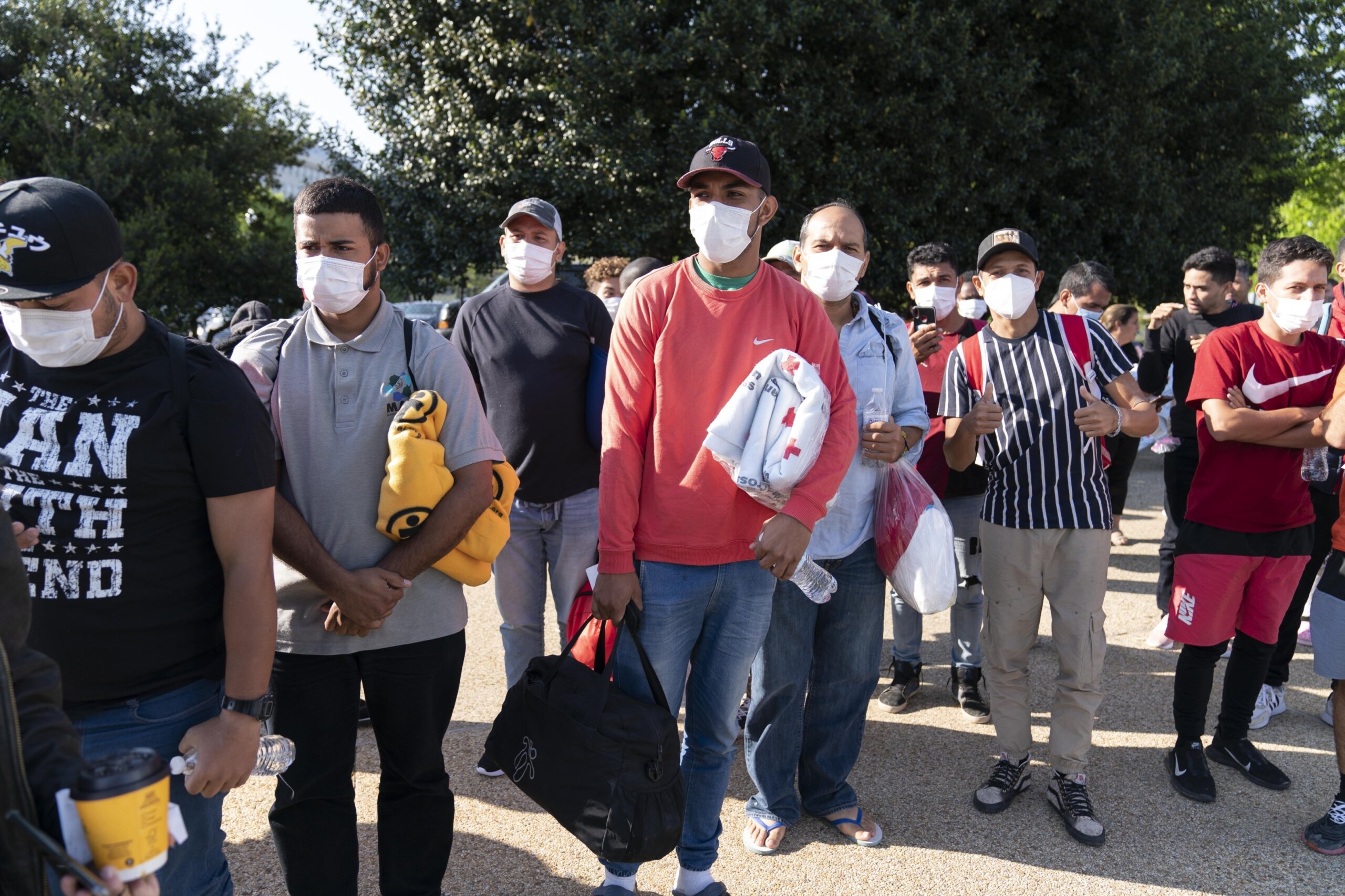 The Washington Metro Council of Governments met Friday to discuss ways to increase cooperation and expand resources to handle the wave.

The Washington Metro Council of Governments met Friday to discuss ways to increase cooperation and expand resources to handle the wave. DC Councilman Brianne Nadeau said more than 100 buses have arrived since April.

“Often these migrants arrive with only the clothes they wear, with no opportunity to continue their journey to their sponsors due to the lack of resources,” Nadeau said.

During the meeting, the council heard from volunteers who said their organizations are overwhelmed.

“About half of the buses arrive in the evening and the migrants get off tired, traumatized and really nowhere to be seen,” said Amy Fischer of the Migrant Solidarity Mutual Aid Network. “They literally have nowhere to go. We’re getting funding to put them in hotels, but it’s expensive, and this is really why it’s so important for local governments to step in – to help with shelter, respite space and other resources.”

Fischer said the region relies on volunteer networks to carry the burden. Last week, when volunteers were quarantined due to exposure to COVID-19, there was no one to help arriving migrants.

“What we found after we returned two days later were dozens of asylum seekers, stranded and sleeping at Union Station,” Fischer said.

The council voted and passed a resolution supporting DC Del Eleanor Holmes Norton’s efforts to introduce a bill to secure additional humanitarian aid for migrants through the Federal Emergency Food and Shelter Program. Management Agency, and to further explore opportunities to increase partnerships and coordination of efforts with aid agencies.

About 5,200 migrants have been bussed from Texas since April. and more than 1,100 from Arizona as of May. The governors call the practice a voluntary free ride that brings migrants closer to family or support networks.

“By busing migrants to Washington DC, Texas is sending a clear message: We should not bear the burden of the federal government’s inaction to secure the border, and the Lone Star State will do whatever it takes to keep the Texans safe,” Texas Governor Greg Abbott said in April.

DC Mayor Muriel Bowser called the migrant wave a “major problem” on CBS’ Face the Nation on Sunday and urged the federal government to increase funding.

More than 200,000 migrants arrived at the southern border last month, according to the US Customs and Border Protection, a record number for June.