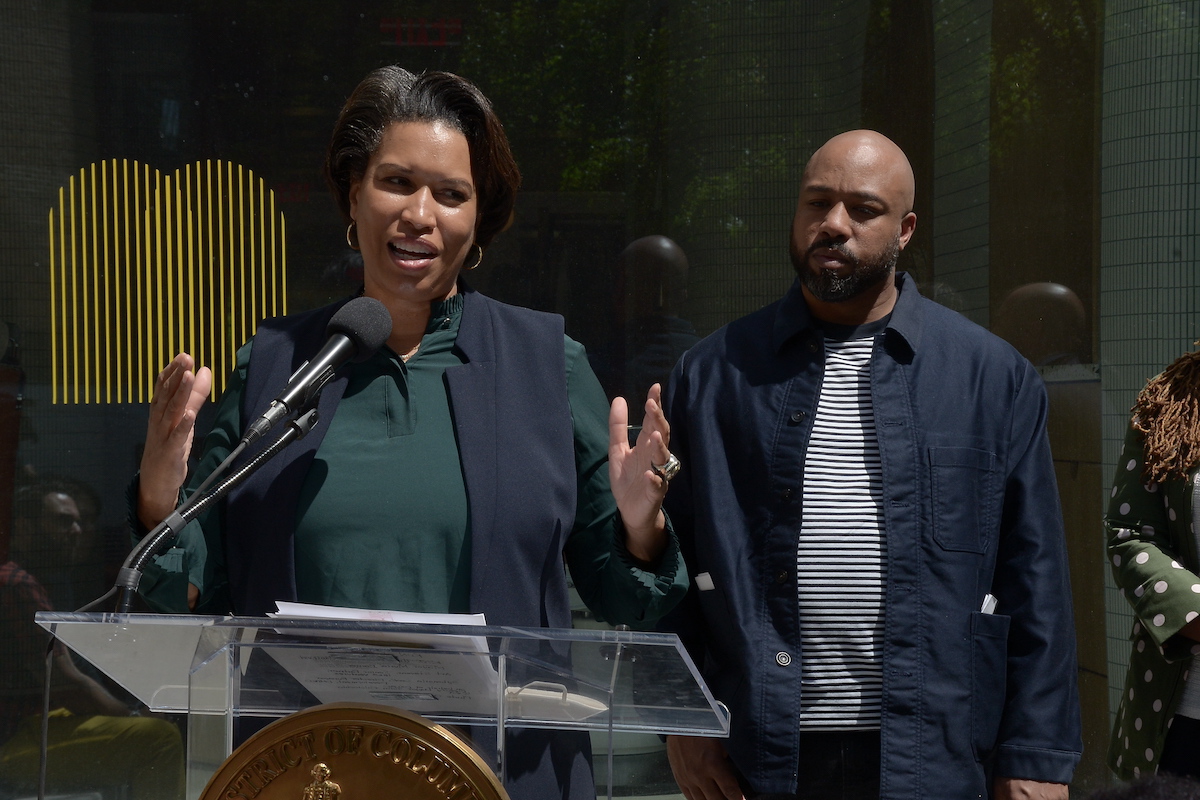 Sixteen district companies received a portion of a $1.25 million fund from the DC government intended to close the capital gap that exists for small businesses that don’t have easy access to conventional financing, city officials announced May 2.

DC Mayor Muriel Bowser, Deputy Mayor of Planning and Economic Development John Falcicchio and his staff, along with officials from 1863 Ventures, announced the recipients of the first round of the Inclusive Innovative Equity Impact Fund (IIEIF) of $1.25 million at Manifest, a venture based in Ward 1 that combines a barbershop, coffee shop, retail store and a speakeasy.

KJ Hughes is the founder and has two partners, Brian Merritt and Susan Morgan, to help him run the company. Hughes, who formerly worked as a business manager for former San Diego Chargers linebacker Shawne Merriman, expressed his gratitude to the Bowser administration following the announcement.

“It’s amazing that the mayor is willing to do this,” Hughes said. “The DC government is willing to invest in you and your ideas. To finance a business, you have to do a number of things, whether it be to put on your boots and finance it yourself or to beg, borrow and steal for the money. This is certainly an advantage for anyone in need of capital.”

To qualify for the IIEIF, companies must generate $2 million or less in annual revenue and declare that they cannot obtain conventional financing, such as a bank loan, – such as a bank loan – or count as a company that cannot reasonably qualify come for financing with commercial lenders. The company must also be owned by a resident of the district with at least 51% owned by a person of color or someone who could be considered economically disadvantaged.

Increasing access to capital has emerged as the main goal of the IIEIF and creating a pipeline of qualified companies that are considered attractive investment opportunities in the city. Technical assistance and business mentorship are secondary goals.

The financial company, 1863 Ventures, has been tapped by district officials to administer the IIEIF, select eligible companies for investment and provide mentorship. Bowser said the fund gives entrepreneurs of color a fair chance.

“We have a lot of creative people with the right ideas and the right amount of passion and experience, but they don’t always have access to the capital they need,” she said. “We solve that with this fund.”

On May 2, city officials announced the start of the second round for IIEIF funding with applications available to interested entrepreneurs. June 1 is the deadline for the second round of funding.

Hughes has not disclosed how much he will receive from the IIEIF, but said the money will be well spent.

“I now have 15 employees and will be hiring additional staff,” he said. “We also want to hire a marketing and communication specialist. In addition, we are looking to expand the company in the city.”

LaToya Liles, owner of Tsunami Hair Studio LLC in Ward 7, also declined to disclose the amount of her award, but noted that expansion counts as part of her future plans.

“I plan to renovate the property to build a school to teach people about hair care,” said Liles. “This is my way of giving back to the community.”

Andre Byers owns New Era Ventures, located in Ward 6. Their website explains that they own several ventures whose primary services include skin care, technology, and real estate. Byers, a resident of Ward 8, has announced that he will receive a $100,000 investment from the fund.

“I want to improve my local delivery platform,” he said. “I want my customers to sharpen online shopping and make it convenient.”