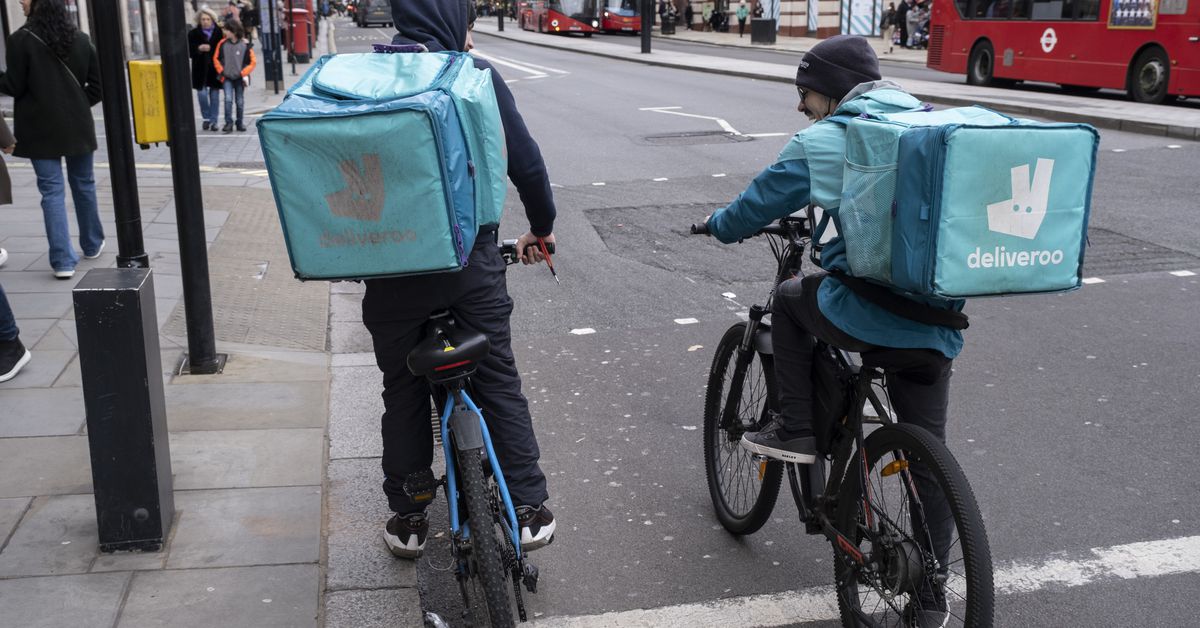 A union embroiled in a protracted battle over legal bargaining rights for Deliveroo drivers has labeled the food deliverer’s new partnership with a rival union as ‘cynical’. The Independent Workers Union of Great Britain (IWGB) has been on trial against Deliveroo since 2016 and is currently appealing a court decision that failed to recognize the company’s riders as employees to the Supreme Court.

Deliveroo and its partner union, the GMB, have hailed their deal as a “first-of-its-kind” partnership, allowing the 90,000 riders to enter into a voluntary partnership agreement, entitling them to collective bargaining on pay. Deliveroo says this will result in guaranteed minimum earnings that meet the National Living Wage, and founder and chief executive Will Shu applauded the agreement:

“We are delighted to partner with the GMB in this first-of-its-kind voluntary agreement, which offers self-employed drivers flexibility, guaranteed income, representation and benefits.

“Deliveroo has long called for riders to have both flexibility and security and this innovative agreement is exactly the kind of partnership on which the on-demand economy should be based.”

The deal fails to address one of the IWGB’s main challenges to Deliveroo’s model: the fact that those wages are only calculated as orders are delivered. With unpaid waiting times, riders’ earnings could fall to £2/hour in real terms, under this “guaranteed” agreement or not. A study by the Bureau of Investigative Journalism (TBIJ) in March 2021 found that some Deliveroo riders consistently earn well below that new guaranteed threshold: “As many as a third of riders who took part in the survey [by the TBIJ] received less than the statutory minimum hourly wage for over 25s of £8.72.” At the time, Deliveroo said:

“Deliveroo riders are self-employed because it gives them the freedom to choose where and when they want to work. Every rider is protected with free insurance and our way of working is designed around what riders tell us is most important to them: flexibility.”

The new partnership is also transparently designed to address well-documented concerns from the people Deliveroo really relies on: investors. While preparing to go to the London Stock Exchange (LSE) for an estimated £8.8 billion in March 2021, it admitted in an investor prospectus that legal challenges related to workers’ rights “could affect our ability to continue to operate” in certain regions, including the UK That Confession, and the simultaneous Supreme Court ruling that Uber should classify its taxi drivers as workers brought renewed attention to how Deliveroo and Uber take such stratospheric valuations. achieve: reduction of labor costs by removing minimum wages, pensions and holiday pay from their balance sheets.

Deliveroo never met that rating, in part because investors balk at the potential impact on food delivery companies; in part because the volatile profitability caused by the impact of the COVID-19 pandemic on dining out quickly turned into a £224 million loss for 2020. But it has so far consistently fought the IWGB’s central case: that its riders should be classified as employees, and says the flexibility it claims to offer would be lost in the case of unions.

This partnership with the GMB suggests that, if not a lie, that was never entirely true, as it allows the GMB to gain close to 100,000 members and allows Deliveroo to further withstand the stronger pressure the IWGB has been exerting since 2016. IWGB has described the partnership as akin to “union busting”, where companies try to undermine unionization – in this case partnering with a union that has never organized itself on behalf of Deliveroo riders.

More on the implications for the food delivery industry soon.