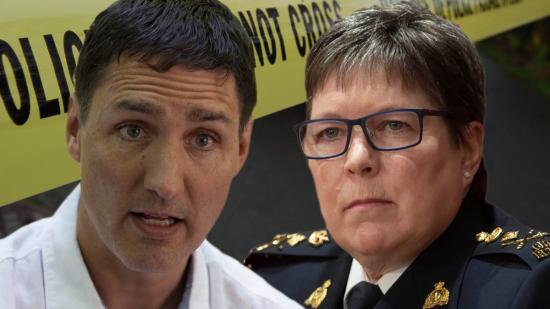 Democracy Watch says the RCMP is not independent of the cabinet and is impartial and empowered to investigate obstruction of SNC-Lavalin prosecution.

Democracy Watch says recently revealed documents about the RCMP commissioner’s relationship with the prime minister and the investigation into Trudeau’s Aga Khan travel gift raise fundamental questions about the RCMP’s impartiality and competence of the federal police. Duff Conacher, the co-founder of Democracy Watch, has sent a letter to the Ottawa Police Department calling on them to investigate allegations that Prime Minister Justin Trudeau, former Treasury Secretary Bill Morneau, some of their staff and former Secretary of State the Privy Council Michael Wernick obstructed justice by pressuring then-Attorney General Jody Wilson-Raybould to stop the prosecution of SNC-Lavalin, thus committing a breach of trust.

Democracy Watch is asking Ottawa police to intervene as recent revelations about the Nova Scotia shooting investigation have raised serious questions about whether the RCMP is subject to political pressure from the federal cabinet. Also, recent revelations about the investigation into the travel gift the Aga Khan gave to Prime Minister Trudeau and his family shows that the RCMP did not fully investigate that situation, failing to ask the Prime Minister important questions and key evidence.

The RCMP and Crown Prosecutors have not released any information or statements about the investigation into SNC-Lavalin’s situation since August 2019. Democracy Watch sent a letter to RCMP Commissioner Brenda Lucki requesting an update in February 2021 and again in June 2022, as the public has a right to know the findings and the basis of any decisions related to prosecutions.

“Given that three years have passed since the Ethics Commissioner’s ruling on misconduct by Prime Minister Trudeau and other government officials who are pressuring the Attorney General to stop prosecuting SNC-Lavalin, and as the RCMP refuses a To provide an update on its investigation and recent revelations have raised serious questions about the RCMP’s independence from the federal cabinet and jurisdiction, Democracy Watch requests that the Ottawa Police Department take over the investigation into SNC-Lavalin’s situation,” Conacher said.

“It appears that the RCMP and federal prosecutors are waiting for a third federal election and are doing what often happens in Canada when powerful politicians and government officials are involved in alleged illegal activities – delaying in the hope that they can eventually bury the results of the election . the investigation,” Conacher said. “Hopefully the Ottawa Police Department will do their job and quickly investigate the alleged misconduct, as most of the key facts are known, and issue a public statement on prosecution decisions when their investigation is complete, as the public has a right to know .”

Democracy Watch says that since there have been no court rulings on a similar situation in Canada in the past, prosecutors should let the courts decide whether the rules of the Criminal Code have been violated, for the following reasons:

Obstruction of justice is a serious criminal offense, as is a breach of trust.

Obstruction of justice is even more serious when committed behind closed doors by politicians and government officials, as it is also an act of government corruption.

As summarized in the letter, all the elements necessary to prove obstruction of justice (Subsection 139(2) of the Criminal Code) are present in the actions of the Prime Minister and others as they subject the Attorney General several times. pressure to stop the persecution.

Also, as set out in the letter, all elements necessary to demonstrate a breach of trust (paragraph 122 of the Code) are present in the situation.

With regard to intent, Federal Commissioner for Conflicts of Interest and Ethics Mario Dion concluded in 284 of his August 2019 ruling that “Mr. Trudeau deliberately tried to influence Mrs. Wilson-Raybould, both directly and through the actions of his agents.