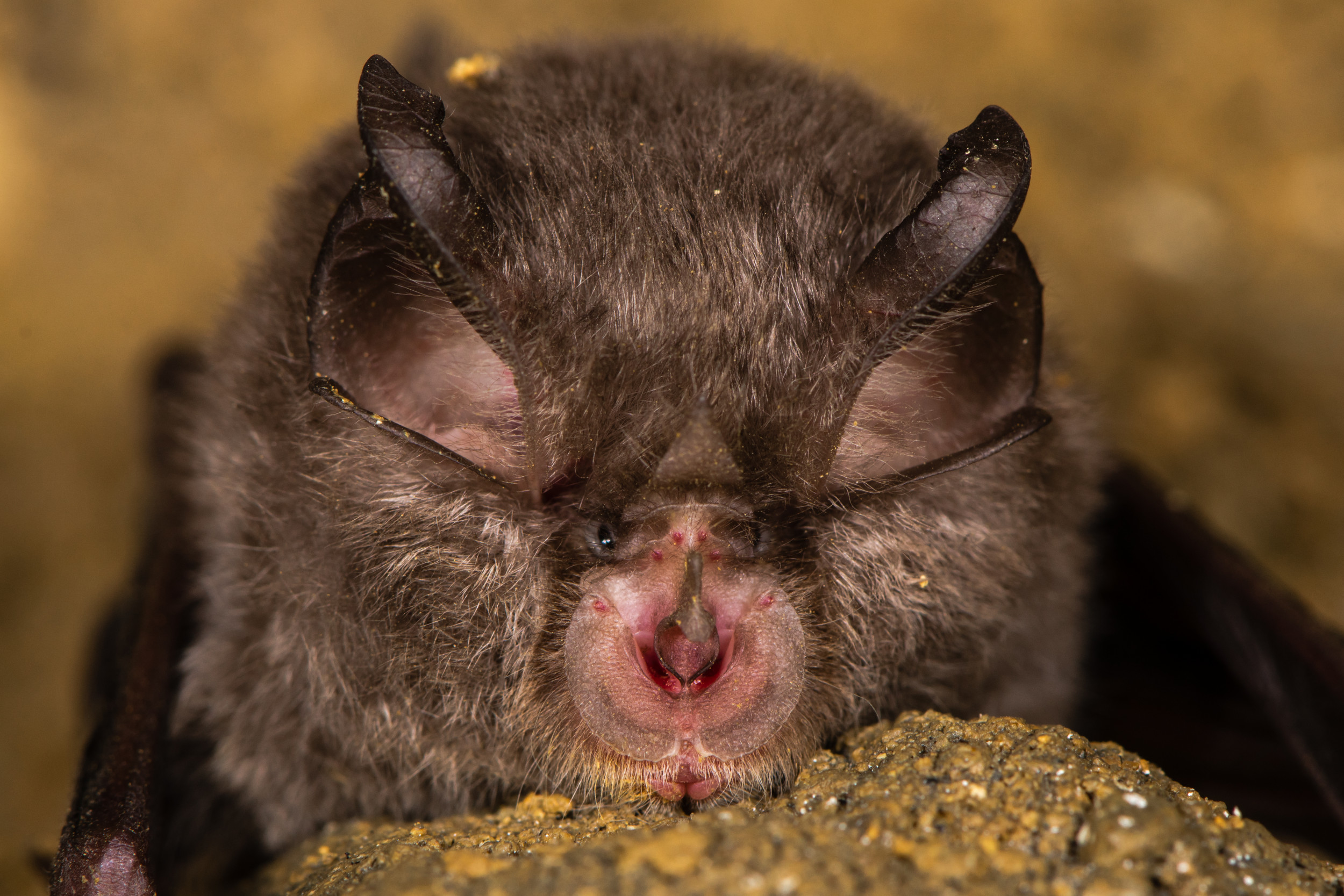 A relative of the SARS-CoV-2 virus originally found in Russian bats can infect human cells, according to a study.

The authors of the article, which was published in the journal PLOS pathogensalso showed that this virus is resistant to the antibodies of people vaccinated against SARS-CoV-2 – which causes COVID-19 – in laboratory tests.

The researchers said the study’s findings show that sarbecoviruses in wildlife outside Asia “pose a threat to global health,” as well as to ongoing COVID-19 vaccination campaigns. Sarbecoviruses are a group of coronaviruses that includes SARS-CoV-2, SARS-CoV-1 (the cause of SARS or severe acute respiratory syndrome), and several hundred genetically similar viruses usually found in bats.

In the study, the researchers examined two sarbecoviruses — known as Khosta-1 and -2 — discovered by Russian scientists in 2020 in the country’s European southwest.

“It was originally thought that sarbecoviruses – in the early 2000s – only circulated in a specific type of bat locally in southern China, but in the past 20 years scientists have discovered many more in different species and different geographic locations,” Michael Letko, an author of the study associated with Washington State University told News week.

To date, sarbecoviruses have been identified as circulating in wildlife — such as bats, pangolins, raccoon dogs and palm civets — in China, Laos, Japan, Russia, the United Kingdom, Africa and Bulgaria.

It’s almost certain that researchers will discover more of these viruses in the future, Letko said.

Although hundreds of sarbecoviruses have been identified — many in efforts to determine the origin of SARS-CoV-1 and -2 — most are unable to infect human cells. But several of these viruses have not yet been tested, so their ability to transmit to humans is unknown. Now, the authors of the new study have shown that Khosta-2 — one of the newly discovered Russian sarbecoviruses — could use the same access mechanisms to infect human cells that SARS-CoV-2 uses.

These findings have potential public health implications, as a “spillover” of sarbecoviruses from animals to humans resulted in the original SARS outbreak and is believed to have been the cause of the ongoing coronavirus pandemic. (A minority of experts have argued that in the latter case, the virus may have come from a lab leak.)

In the latest study, the researchers used a platform Letko had previously developed to safely assess whether coronaviruses have the potential to infect humans. In January 2020, Letko used this platform to characterize the receptor for SARS-CoV-2.

The platform is completely in vitro, meaning experiments are performed in a laboratory outside their normal biological context, in this case using cell cultures and non-infectious virus-like particles.

“I would like to emphasize that there is no real virus in our study — just molecular surrogates that cannot replicate and have no other coronavirus genes besides the spike protein,” which the pathogens use to bind to and enter cells, he said. letko.

“I’ve now started a lab that expands this research, so when two new coronaviruses were discovered in Russia, I was naturally very interested in trying them on my lab’s platform,” he said.

One of the key findings of the PLOS research is that the Russian Khosta viruses use the same receptor used by SARS-CoV-2 – known as ACE2 – to infect human cells.

“Although only distantly related genetically to SARS-CoV-2, the Russian viruses are most genetically similar to other sarbecoviruses found in Africa and elsewhere in Europe,” Letko said. “The specific sarbecovirus group to which the Khosta viruses belong, for the most part, cannot bind to human ACE2 or infect human cells. At least, that’s what we thought.”

He continued: “The receptor used by each virus dictates which tissues the virus infects, which in turn is related to what types of disease symptoms the virus causes and how it is transmitted between hosts. Because Khosta-2 uses the same human cell receptor as SARS-CoV-2 – and SARS-CoV-1, as well as some other seasonal coronaviruses – could potentially infect the same types of cells in humans.”

Second, the researchers found that blood serum from individuals vaccinated against COVID-19 did not neutralize Khosta-2 virus in lab conditions, Letko said. This was not necessarily surprising.

“One of the standard ways scientists measure the efficacy of a vaccine is with a ‘neutralization’ test,” Letko said. “In this experiment, we combine virus – or in our case virus-like particles – with serum from people who have received the Moderna or Pfizer vaccines and then add that to cells in test tubes. If antibodies in the vaccine’s serum can bind to the virus, then the virus cannot infect the cells, we can measure that.

“When SARS-CoV-2 gets even a handful of new mutations, we call it a new variant and is generally more vaccine-resistant. Since Khosta-2 is so different from SARS-CoV-2, it’s not surprising that the vaccines we use for SARS-CoV-2 cannot effectively stop Khosta-2 from infecting cells,” Letko said.

Third, the team found that infection with the Omicron variant of the coronavirus may not protect against Khosta-2. Serum from people who recovered from Omicron did not completely neutralize the virus. Again, because Khosta-2 is different enough, the vaccine is not effective.

Letko said it is important to note that in the case of the second and third findings, it is not possible to say for sure that these reactions really mimic an infection in a real person, as the results come from cell culture experiments.

“It’s possible that the immune response in a real person would be more diverse and effective than this simplified experimental system we use,” he said.

According to Letko, it is difficult to say at this stage whether Khosta-2 has the potential to cause an epidemic or even a pandemic.

“Just because the virus can infect human cells doesn’t mean it will cause a pandemic or even be transmitted to one person,” he said. “Many factors determine whether a virus will be transmitted and whether it will spread between individuals at the high efficiency required for a pandemic.”

Letko continued: “At present, we do not know the prevalence or probably the true distribution of this virus in nature. As the original scientists who discovered the Khosta viruses noted in their research, [they] are missing genes found in pathogenic human sarbecoviruses likely responsible for immune evasion and disease.”

What the researchers may be more concerned about is the potential for a process known as “recombination.”

“We know pretty well from the past 40 years of coronavirus research that if two coronaviruses are genetically similar and in the same cell, they can recombine,” Letko said. “Bits from one genome can replace similar bits in the other genome, resulting in a hybrid genome of both viruses.”

Because SARS-CoV-2 and Khosta-2 are genetically similar enough to be called sarbecoviruses and can infect the same cell types using the same mechanisms, it’s possible that they could recombine in a way that would yield SARS-CoV-2. the vaccine resistance of Khosta-2 while retaining other virulence characteristics of SARS-CoV-2.

“The chances of SARS-CoV-2 ever ‘meeting’ Khosta-2 in nature are certainly very slim, but there have been increasing reports describing SARS-CoV-2 flowing back into wildlife such as white-tailed deer.” on the East Coast of the United States,” Letko said. “This is all a worst-case scenario, but it’s just one of the things that we think about in my lab as we try to prevent the next pandemic from happening again.”