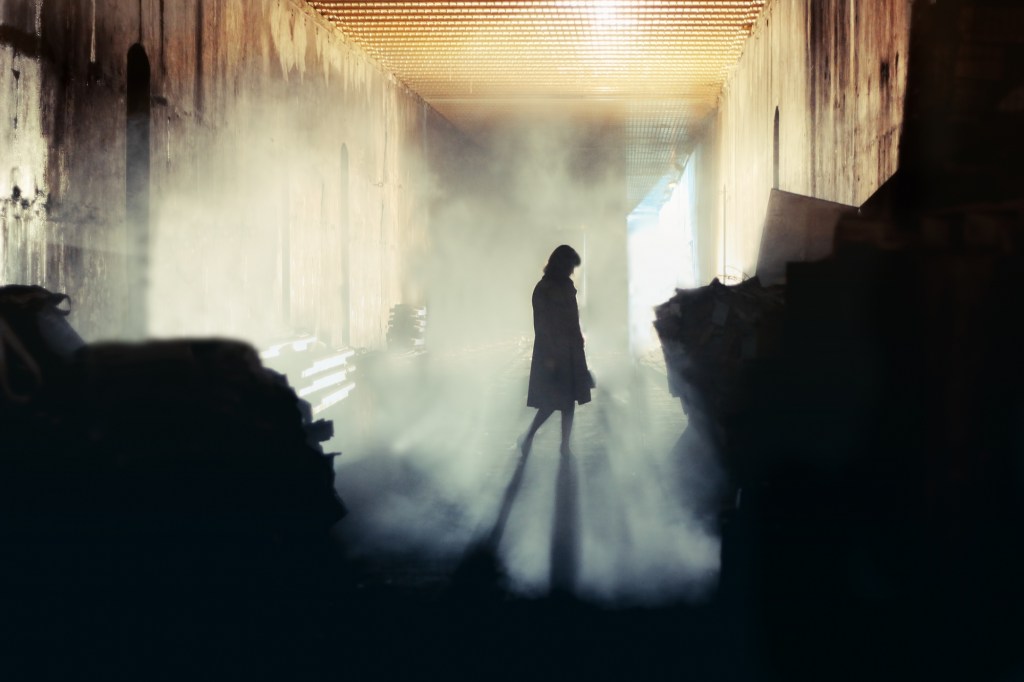 Last week we talked about book covers, and this time we’re crawling under those covers. As in, what happens in that invisible space between the dust jacket and the book?

Turns out, in some cases a lot.

I recently stopped by the Hastings Ranch branch of Vroman’s bookstore and came across a display of books without their dust jackets, including “Rude Talk in Athens” by Mark Haskell Smith, “A History of Wild Places” by Shea Ernshaw, and the anniversary edition from VE Schwabs “The Invisible Life of Addie LaRue.”

Most notable, however, was Chip Kidd’s interior design for Haruki Murakami’s “First Person Singular.” It’s called a “Murakami Records Productions” and features a blue-toned photo of a New York City jazz club during an engagement with Charlie Parker and the words “Plays Bossa Nova” on the front cover as an album. It’s a total departure from the dust jacket design and I absolutely love it.

For all the energy and charm of this cover, it’s unlikely I would have ever seen it unless it had been pointed out to me. So I reached out to the store and spoke to the person responsible for bringing it to my attention, Serena Null, a supervisor bookseller at the store who put together the display.

“I’m not sure when I noticed some books have it, but it’s kind of become an obsession,” says Null, who says that when she unpacks inventory or adds books to tables, she “will quickly take the cover off to see ” if there’s something interesting underneath.

“It’s almost like a treasure hunt. I’ve gone through the store in some departments and I don’t know how many books I’ve turned over to see what’s underneath,” says Null, and it’s hard not to get carried away by her enthusiasm.

She remembers the edition she started her quest with, “No Gods, No Monsters” by Cadwell Turnbull. “Something about the iridescent snake on it really caught my eye. I think that kind of started my manhunt for them in the store.”

While she’s not sure what the industry term is for decorated book covers, she said she’s seen them as “naked hardcovers” and “underwear,” and I take her word for it, because just after I started Googling those search terms, I realized that I had made a serious mistake. (Instead, I asked an industry source who didn’t know what the term might be, so just call them what you want, folks.)

“Once you know there’s something hidden underneath,” she says. “I need to know what other books have these nice little surprises.”

Did someone suggest a book she wasn’t familiar with? ‘No, they haven’t. I’d like someone to do that,” she says, adding that the day we spoke, she’d just found a new one, Seth Rogens’ “Yearbook,” which had a series of yearbook-like illustrations on it.

As I talked to her, I started researching my own bookshelves and suddenly every hardcover seemed to hold a potential secret. Maybe I should go on a treasure hunt this weekend.

Do you have a suggestion? Email me at epedersen@scng.com and I’ll forward it to Null.

It’s also worth noting that Saturday is World Book Day, a day to promote reading and reading, as well as the opportunity to pick up 10 free ebooks from one major online store. Also check your local independent bookseller and library to see what they are up to.

Thanks, as always, for reading.

Crime novel Don Winslow’s new book, “City On Fire,” is inspired by and loosely based on Roman and Greek classics such as Homer’s “Iliad” and Aeschylus’ “The Oresteia.” It is the first in a planned trilogy, after which he plans to stop writing books, he recently announced. Peter Larsen interviewed him about the new book and Winslow was kind enough to answer questions for the Book Pages author interview as well.

Question: Do you have a favorite crime novel, and since you’ve read the Great Books, a favorite classic as well?

A: Yes, absolutely. I think I should probably say, despite my intense love for Raymond Chandler, that the greatest crime novel ever written is “The Friends of Eddie Coyle,” by George V. Higgins. The best novel, pfft, depends on the day you find me. But today I’m going to say George Eliot’s “Middlemarch.” ‘War and Peace’, also ‘Anna Karenina’ (both by Leo Tolstoy). But I think if I got a gun to my head, I’d have to say “Middlemarch.”

Q: Is there a book you often recommend to others?

I should actually go to the house and room where it was written. I always mock my friends from LA that Chandler wrote all his great books in Los Angeles in San Diego. He was wise enough to come here to God’s land and write from La Jolla. I was actually allowed to go to the room where “The Long Goodbye” was written. It was like going to church. I almost trembled.

Q: That must have been great. Is it a private home?

A: It is now, and the people who bought it were only dimly aware of Raymond Chandler. A friend of a friend said, ‘You need to talk to them. I’ll put you in touch,” and they said, “Oh, like wow, yeah. Would you like to come?” It was so great. It’s near Bird Rock, across the ocean. The bullet holes where he shot his wife are still in the wall in the bathroom.

Q: Yes, luckily. How do you decide what to read next, or how do you choose a book to read?

A: It is extremely random. For better or for worse, 90% of my reading research is reading. So almost all my time is spent on that. By this book I mean, it was just constant reading about the classics.

But on Sundays I have this habit. My wife and I refuse to do anything on Sundays. We go for a walk and then we read all day. Yesterday, man, it was so great. I sat outside and read all day. What was I reading? “Sense and Sensitivity”, Jane Austen. But it’s very random, you know, it’s like going through the shelves or going through a bookstore and just going, “Okay, that seems like Sunday.”

I’m not religious, but they had a good idea about that, yeah, because like starting Monday, I have to tell you, it really helps.

Question: I wanted to ask you about “The Power of the Dog”. It’s the title of one of your novels and now the name of a Jane Campion movie based on another novel. What was that like to see?

A: You know, there’s been a lot of confusion. People call me and ask. And listen, my answer is, you can’t copyright a title. There have been several books with that name. I like Jane Campion’s work. I am a big fan. God bless, I wish it every success.

Q: Was there anyone who inspired or encouraged you to get excited about books when you were young?

A: My parents. My father was a sailor who had served as a Marine on Guadalcanal during World War II, and all he wanted to do was float around the ocean and read books. My mother was a librarian at this little New England library in this fishing village. And so there were always books around. And we were always encouraged to read. And, what I think is important, that we can read anything we want at any age.

So when I picked up Hemingway when I was 11 or so, nobody screamed. It’s funny because there are two kids in my family; we both became novelists. My sister Kristine Rolofson has published 43 novels. She is very successful.

If Don Winslow has piqued your PI interest, read a 2018 story on “The Annotated Big Sleep.” READ MORE

The bestsellers of the week

The best-selling books at your local independent bookstores. READ MORE

At the next free Bookish event on May 20 at 5pm, host Sandra Tsing Loh chats with Don Winslow and Melissa Chadburn.