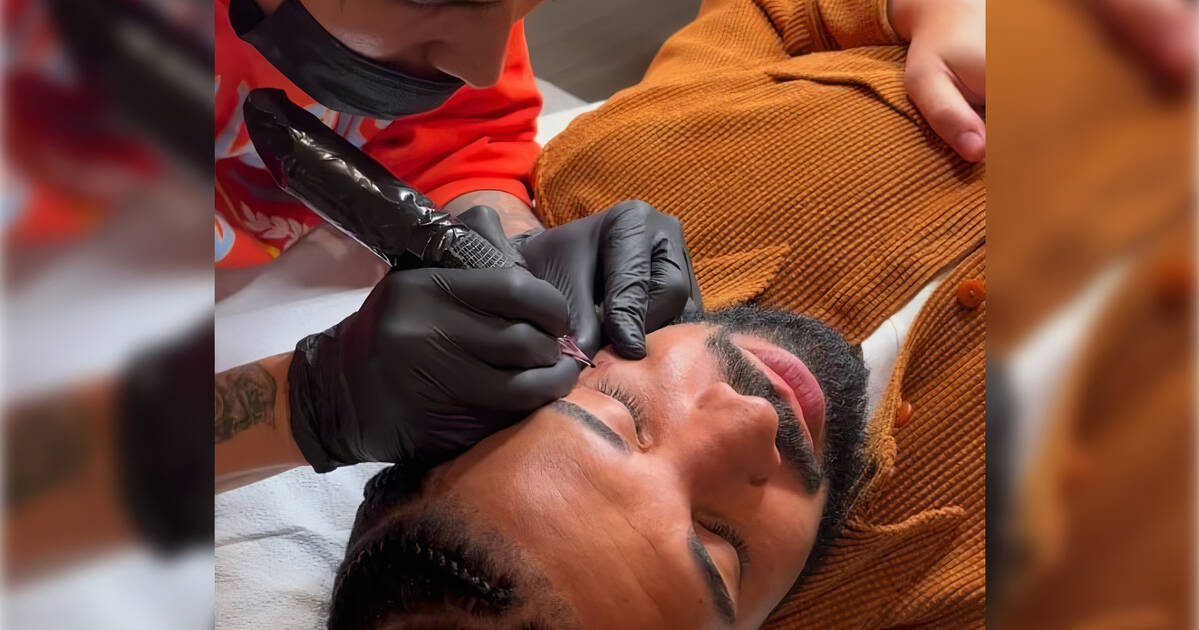 Just days after publicly dragging his own father for getting a bad paternal tattoo, Drake debuts fresh ink that also pays tribute to a family member — right on his damn face.

Yes, Toronto’s chosen son can now be categorized as one of the many, many celebrities who have facial tattoos (which are notorious for being painful, expensive and potentially career-limiting depending on your job).

The piece is small and consists of two letters placed under Drizzy’s left eye in the style of tears.

Some artists, such as Lil’ Wayne and The Game, have gotten teardrop tattoos in honor of deceased loved ones. Tears are also known in some circles to signify time in prison or killing someone.

Drake’s tattoo is none of these things, according to the rapper and mogul. It’s just a tribute to his mother.

While it’s hard to tell in the photo he shared on Instagram on Thursday night, the two characters on Drizzy’s face appear to be an “S” and a “G.”

“Sandra Gale,” he wrote in that post’s caption, referring to his beloved mother (and Adonis doppelgänger), Sandi Graham.

In addition to honoring his mother, Drake also just titled himself “richest rapper in the world with a facial tattoo.”

A reel posted Thursday to the profile of Los Angeles-based celebrity tattoo artist NAL shows the Canadian artist getting inked. He doesn’t even flinch as a powerful needle goes in and out of the delicate skin under his left eye.

Some fans aren’t thrilled with Drake’s new piece, judging by comments from women complaining that his face is too beautiful to “mess up” and people who see it as sort of “midlife crisis” signifier.

Others seem to appreciate the work and find it almost as inspiring and courageous.

“Drak getting pigtails and a facial tattoo when he’s in his thirties lets you know anything is possible,” wrote one Twitter user. “Go ahead and tell your manager to fuck off the next time he asks you to mop the floor. Yolo.’

Most, of course, just use the new tattoo as fodder for jokes.

“Man I’m worried Drake has a face tattoo, what if rap doesn’t work?” joked another Twitter user of the 35-year-old Grammy winner and alleged billionaire.

“Drake the typa man to get the world’s smallest face tattoo,” wrote another stillreferencing a timeless Drake meme that makes fun of the rapper’s soft/corny reputation.

Personally, I think Drake’s new piece is the sweetest face tattoo to hit the headlines since Gucci Mane’s ice cream cone… although I should clarify I mean “sweet” as in “aw, he loves his mom”, not “wow, that’s a good tattoo.”