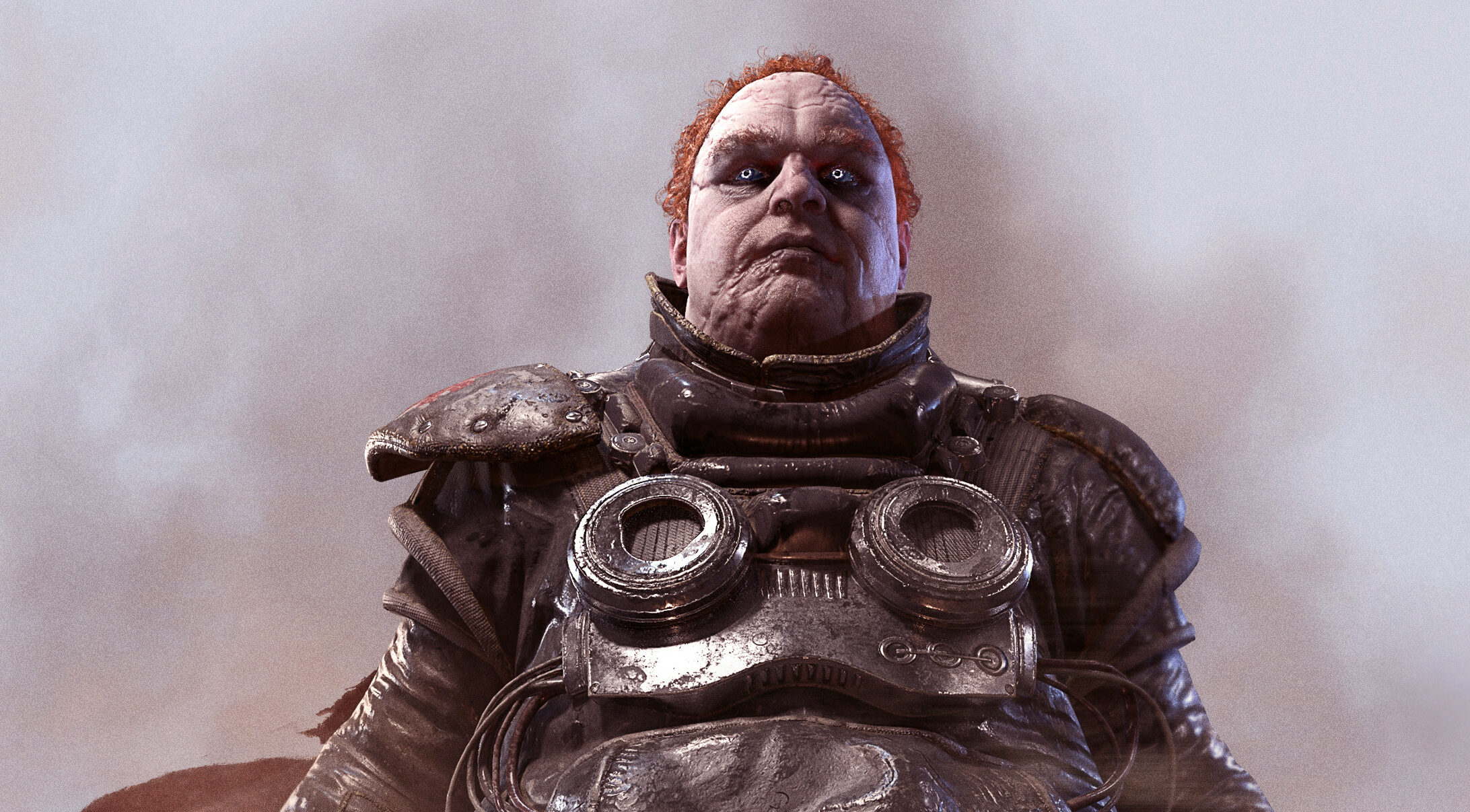 The concept art was posted to Art Station by artist Andre Pires, who served as the team leader of character artists at developer Funcom between July 2019 and January 2021.

“During my time at Funcom, I had the pleasure of working on the early Hair R&D of their upcoming project Dune,” the hair artist writes on Art Station. “The desire to create a hairstyle for Dune persisted until my talented friend and colleague at Funcom Rui Pereira invited me to create the hair for his “Fan art” take on the Harkonnen Captain”.

Below is the detailed concept art for the Harkonnen character with some impressive hair details. As these are, of course, concept art pieces, it has not been confirmed that this will be the final appearance of the Harkonnen characters in the game once it’s released. Still, it gives a sense of the direction Funcom and co-developer NUKKCLEAR could take with their open-world Dune game.

Funcom has entered into an exclusive partnership with Legendary Studios to develop games based on the work of Frank Herbert’s DUNE, one of the world’s best-known science fiction universes with multiple adaptations in movies, games and other media.

This is a six-year partnership to release at least three titles on the PC/console platforms, with one of the games in the “Open World Multiplayer” genre set to be released and going into pre-production in 2019. Funcom’s Oslo studio.

Entering into this partnership is in line with the company’s strategy of working with strong intellectual properties, making two different large and well-known universes – CONAN and DUNE – available for the company’s games.

A release date for the open-world survival Dune title has yet to be revealed. As always, we’ll keep you updated as more information about the game comes in.