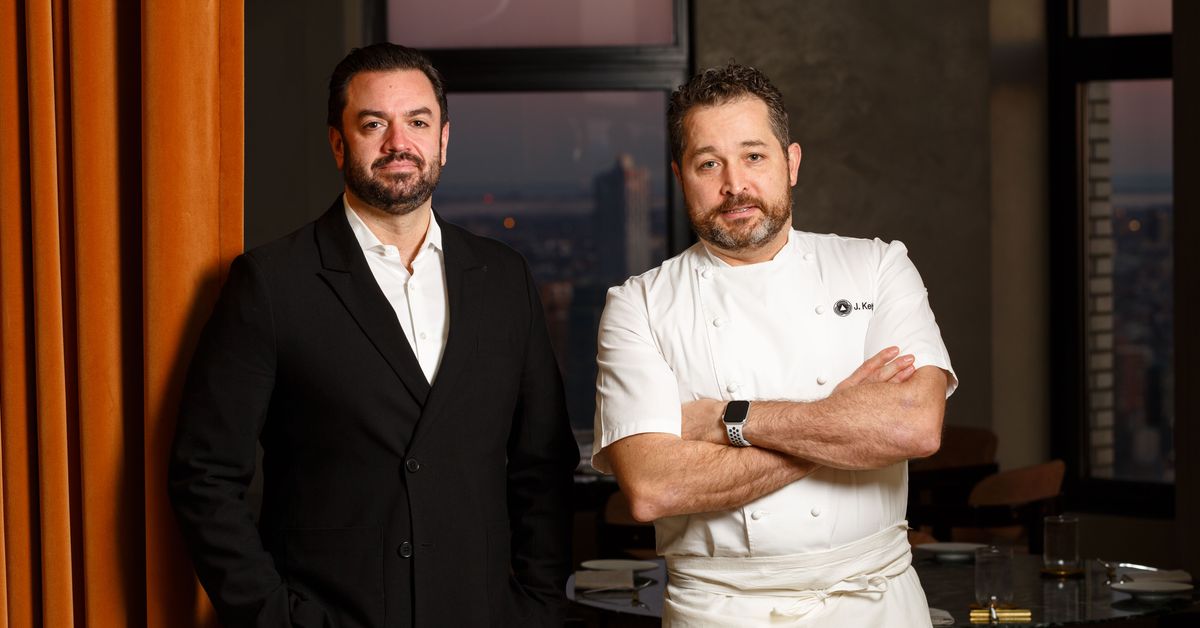 About three years after James Kent and Jeff Katz opened Crown Shy, a stylish Michelin-starred restaurant in the financial district, the acclaimed restaurateurs are splitting up. The split is still under negotiation, but Kent and Katz are likely to divide ownership of their shared restaurants by address, a spokesperson for the couple said.

Under one proposal, Kent would own and operate Crown Shy, tasting menu spot Saga and rooftop cocktail bar Overstory — all of which are located in the same 64-story building in the financial district — while Del Posto alum Katz would oversee Mel’s, a wood-fired pizzeria in the financial district. the former Del Posto space, along with the other projects the restorer plans to open there. No employees would be fired as a result of the split, the spokesperson said.

Neither the restaurateurs nor the spokesperson named a reason for the split, but Kent and Katz separately claimed the split was amicable. “It’s not particularly dramatic, to be honest,” Katz said in a statement to Eater. “We still support each other as good friends, and the restaurants will continue to operate as New Yorkers know them today.”

The rumors are true. Kind of. Superiority Burger returns in limited form at its new East Village address later this month, serving salads and ice creams twice a week beginning May 30. , no beans, no baldness, no bread, nothing cooked,” the post said. “The ovens won’t turn on because they won’t work anyway.” Superiority Burger is open on Mondays from 5pm to 9pm and on Saturdays from 2pm to 6pm

A Greek Jewish Festival Returns to the Lower East Side

A festival highlighting Greek Jewish culture and food returns to the Lower East Side for its seventh season this weekend. Held by the nearby Kehila Kedosha Janina Synagogue and Museum, the Greek Jewish Festival, as it is called, will include homemade Greek dishes and pastries, along with performances. Festivities will take place from 12-6pm on Sunday, May 15 outside Kehila Kedosha Janina at 280 Broome Street, near Allen Street.

The piano bar is apparently back, and what New Yorkers want more than anything? A cover of Vanessa Carlton’s breakthrough single ‘A Thousand Miles’. “I’ll break out Vanessa Carlton’s ‘A Thousand Miles’ in the Nines, and the whole room will start singing,” said Sam Behr, a musician who plays at the Nines and Bar Nine in Manhattan, the New York Times† The publication has compiled a complete list of piano bars across the municipality here.