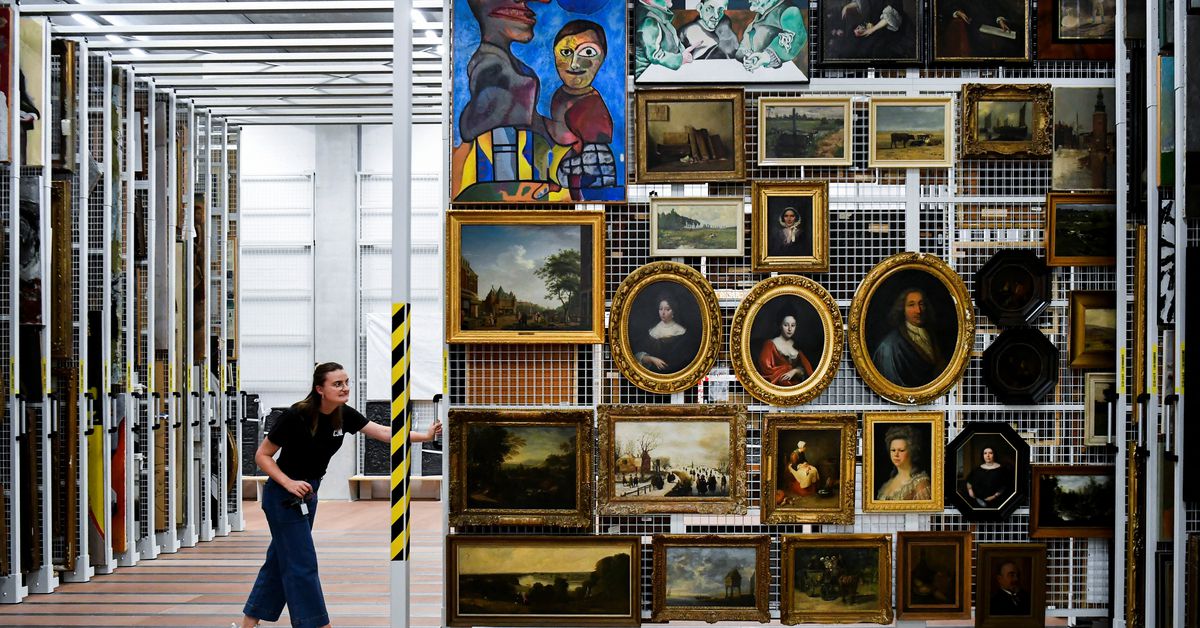 AMSTERDAM, July 4 (Reuters) – For at least two decades, a painting of fishing boats under a cloudy sky hung on the wall of the Dutch parliament, admired by lawmakers who paid little attention to its origins.

It is part of a new assessment of art in Dutch museums and public places, following previous attempts to return stolen pieces to heirs by a government-backed Restitutions Committee, which has overseen assessments of dozens of works of art since 2001.

The Cultural Heritage Agency, charged with the protection and conservation of artefacts returned from Germany to the Netherlands after World War II, applies a broader definition of looted art, as it aims to increase the number of properties taken mainly from Jewish families.

“There is no free will if a family has to sell something in order to flee to a safe country,” said spokesman Dolf Muller.

Over four years, the agency’s research team will examine 3,500 objects, 1,700 of which are paintings.

Mesdag’s painting was sold by an unknown seller in 1941 through an auction house in The Hague, a year after Nazi Germany invaded the Netherlands.

It was found in Germany after the war and brought back to the Netherlands, but research techniques could not establish its origin.

Meanwhile, Mesdag’s painting is kept in a highly secured depot.

Schrier said a seemingly insignificant-looking label on the back of the painting that bears the auction house’s name “Villa Erica” ​​could be an essential clue in tracing its original owner.

“This makes my research heart beat faster,” he says.

The heirs, if found, have a chance to get the artwork back if there is evidence of a forced sale.

“There aren’t many first-generation people left,” Schrier said. “We mainly have contact with the second, third or even fourth generation.” But for any family, the feeling of getting looted art back cannot be underestimated, he added.