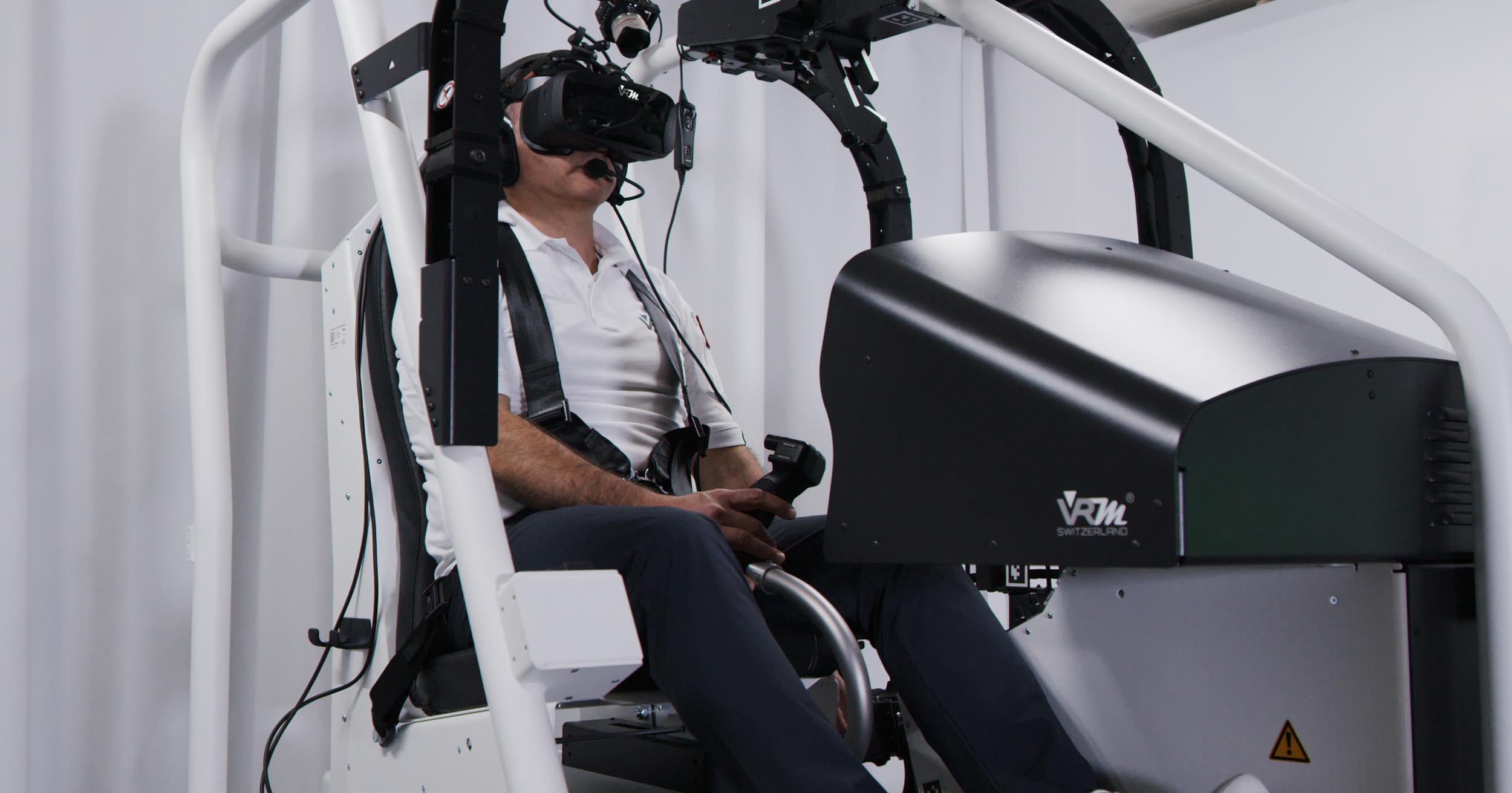 “VRM Switzerland has further improved its innovative VR technology, which qualified for another aircraft for the first time in 2021. Backed by the expertise of Airbus Helicopters, the newly qualified H125 simulator meets FTD Level 3 requirements and achieves a very high level of representativeness. An in-house developed electrically powered high dynamic motion platform and our full replica cockpit layout combined with the VRM pose tracking system allow the pilot to control the helicopter as real. The VR system with 3D vision and high-resolution landscapes rounds off the full-body immersion. New is the ordinary tablet with saved checklists and other documents that is fully integrated in the virtual world. This allows the pilot to operate a real tablet in VR for the first time,” says Fabi Riesen, CEO of VRM Switzerland.

A collaboration between regulator and industry to improve flight safety
Francesco Gaetani, Acting Head of EASA’s Air Crew & Medical Department said: “The approval of the H125 FTD is a milestone for the use of virtual reality in devices from FNPTs to FTDs. EASA has carefully researched the possibilities and effects of this combination of VR and motion systems for helicopter training. EASA is convinced that such new technologies will bring added value to cost and flight safety training organizations. Since these devices use new technologies not covered by the existing legal requirements, special conditions for approval had to be developed to ensure an equivalent level of safety. During this process, EASA and the industry have worked together effectively to establish a solid qualification base for the H125 FTD.”

David Solar, Head of General Aviation and VTOL at EASA, emphasized: “The commitment and goal of EASA and the rotorcraft industry sector in 2018, when he approved the roadmap for rotorcraft safety, was to achieve within five years to have visible and concrete results. The VRM H125 FTD qualification is one of the tangible results of the Rotorcraft Safety Roadmap, paving the way for more affordable and potentially more versatile training devices that can be used to improve the overall safety of rotorcraft. It also shows that collaboration between a regulator and within the industry is the best way to move all stakeholders forward.”

“With this type of simulator you can put the pilot in operational situations that would be very risky in a real flight, but which have significant added value for the training. This applies to emergency procedures, but also to scenarios such as flying in weather conditions that gradually deteriorate. This partnership is in line with the EASA Rotorcraft Safety roadmap, where one of the key objectives is to enable the development of more affordable helicopter training equipment,” said Gilles Bruniaux, Head of Product Safety at Airbus Helicopters.

“When we first met VRM Switzerland, we immediately recognized the great potential of the simulator and its added value in the training environment. Today, with FTD Level 3 EASA qualification, a new step has been reached, with simulator hours yielding credits. Such an innovative tool will bring so many benefits to our customers by improving safety, affordability and flexibility,” said Sabrina Barbera, head of training and flight operations.

“With the H125 training solution, recurring programs can be executed more effectively. Today, according to regulations, operators perform skill checks based on maneuvers, usually on real helicopters. With this simulator, pilots can learn more purposefully in scenario-based training, completely without CO2 emissions. The device is approved for proficiency checks, EASA Part FCL type ratings and parts of an instrument rating. With this technology, evidence-based training concepts (EBT) can be implemented,” says Fabi Riesen.

This press release has been prepared and distributed by VRM Switzerland.