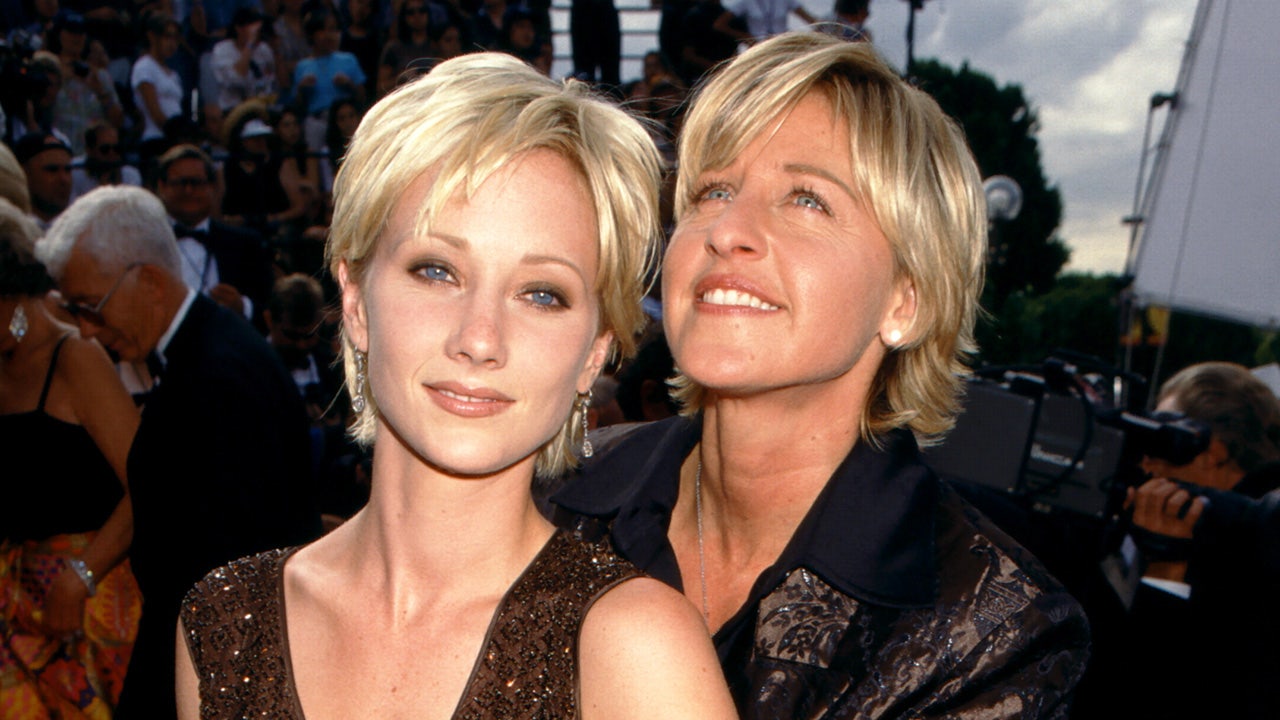 DeGeneres shared well wishes for the actress who is in a coma after last week’s fiery collision. The former couple had a tumultuous breakup more than two decades ago.

Ellen DeGeneres responded to ex-girlfriend Anne Heche’s health amid her reported 90-mph car crash last week in Los Angeles, where the actress was pulled from her vehicle after it went up in flames in a crash at a home, and is currently still in a hospital coma.

The former talk show host, 64, asked if she’d spoken to Heche since the Friday incident, to which DeGeneres replied, “No, not. We’re not in touch, so I wouldn’t know.”

When asked if she’d like to send the “Six Days Seven Nights” actress a good wish, DeGeneres simply said, “Of course” as she walked over to her convertible. “I don’t want anyone to get hurt.”

Ellen agreed that it was “definitely” a “dangerous accident” that happened in LA almost a week ago.

Heche, 53, is currently in “extremely critical condition” at a medical center after the Mar Vista collision, which also destroyed a house and moved a woman and her dogs.

ANNE HECHE’S RELATIONSHIP WITH ELLEN DEGENERES: A LOOK BACK

Anne Heche and Ellen DeGeneres dated for three years before breaking up in 2000.
(Ron Davis)

“She has a significant lung injury that requires mechanical ventilation and burns that require surgery,” Heche’s representative said. “She is in a coma and has not regained consciousness shortly after the accident.”

Heche faced a public blackout for hours after the three-year relationship with the comedian ended in 2000, and she was found at a stranger’s home in Cantua Creek, Fresno County, after parking her car on a highway and wandering through the desert.

Authorities responded to the concerned resident’s home and Heche, known for roles in “Another World” and “The Juror” among other projects, was taken to a hospital after officials at the scene determined there was a serious medical problem.

ANNE HECHE: A LOOK AT HER HORRIBLE PAST AND TRAUMA IN ITS OWN WORDS

“She then told me that she was God and that she would take everyone back to heaven with her in some kind of spaceship,” a Fresno deputy wrote in a report at the time.

A year later, Heche admitted to Larry King that she got a “hit of ecstasy” when she got out of her car, adding: “I had gone that far, you know, by the time I got the pill, I was waiting for my spaceship.”

Anne Heche, right, said she was blacklisted by the industry after her split from Ellen DeGeneres.
(Kurt Krieger/Corbis)

She told Page Six last year that the failed relationship not only blacklisted her from Hollywood, but also “canceled” her from the entertainment industry for a decade.

“I haven’t taken a studio photo for ten years,” she said of the fallout. “I was fired on a $10 million photo deal and didn’t see the light of day in a studio photo.”

Before the fire, witnesses in the community told TMZ they tried to help the actress out of her car before hitting a garage door, backing her vehicle out of a parking lot and fleeing the scene. minutes later, the star of “Donnie Brasco” her car crashed into a house and ignited a fire that engulfed the house.

On Monday, a public information officer for the Los Angeles Police Department confirmed to Fox News Digital that authorities had received a warrant for a blood sample from Heche on Aug. 5.

The results of the blood test are pending and the investigation is still ongoing. Los Angeles Police Department officials have confirmed that if Heche was found to be intoxicated in the crash, she will be charged with a DUI hit-and-run.

Anne Heche, who appeared in an earlier episode of her podcast “Better Together”, may be charged with a fiery collision.
(YouTube)

Lynne Bernstein, a witness to the incident, has… crash as “horrific” and said he could “barely breathe” when he tried to help Heche out of the blue Mini Cooper she was driving.

“The smoke just got way too intense. We could barely breathe,” Bernstein said. “It was hard to see because of the smoke.”

Heche suffered burns and was “conscious and breathing” when she was removed from the vehicle and placed on a stretcher, before sitting up abruptly as authorities rushed her to an ambulance on video footage of the scene of the incident.

The crash “shocked the whole neighborhood,” Yaroslav Borets told Fox News Digital. “Something we will remember for a long time.”

The owner of the house Heche bumped into was at home at the time and “nearly escaped bodily harm” after the fire started. Lynne Mishele’s neighbors created a GoFundMe campaign that raised $45,000 in one day.

Larry Fink of Fox News contributed to this report.