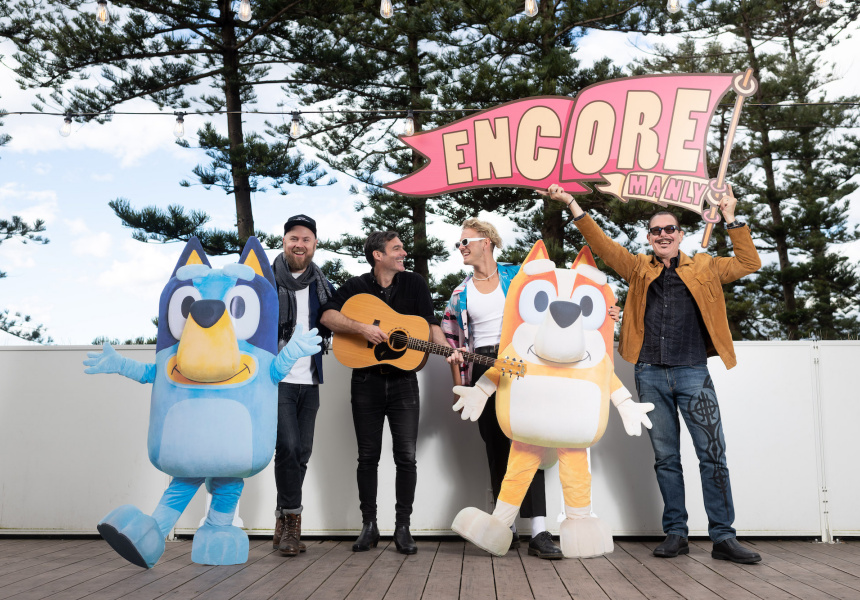 Catch more than 60 musicians and comedians (including Amy Shark, Client Liaison, and The Presets) in Busta, Daniel San, Sunset Sabi, and other intimate local venues. In addition, Bluey and Bingo make their appearance.

Forget theater seats and watch your favorite acts from afar – a new event series brings some of the top comedians and music artists to intimate venues around the Northern Beaches.

On the star-studded musical lineup: Amy Shark, DJ sets from Client Liaison, The Presets and Bag Raiders, an acoustic Boy & Bear performance, Touch Sensitive, You Am I, Daryl Braithwaite and many more. For that much-needed laugh, there are Alex Dyson, Merrick Watts, Tommy Little, Mel Buttle and Kit Warhurst, among others.

There’s something for the kids too, with beachside performances from Bluey and Bingo, Dr Hubble’s Bubble Show, the Teeny Tiny Stevies, The Beanies and Roo’d Kangaroos.

Many of the shows are free, some major acts require tickets.