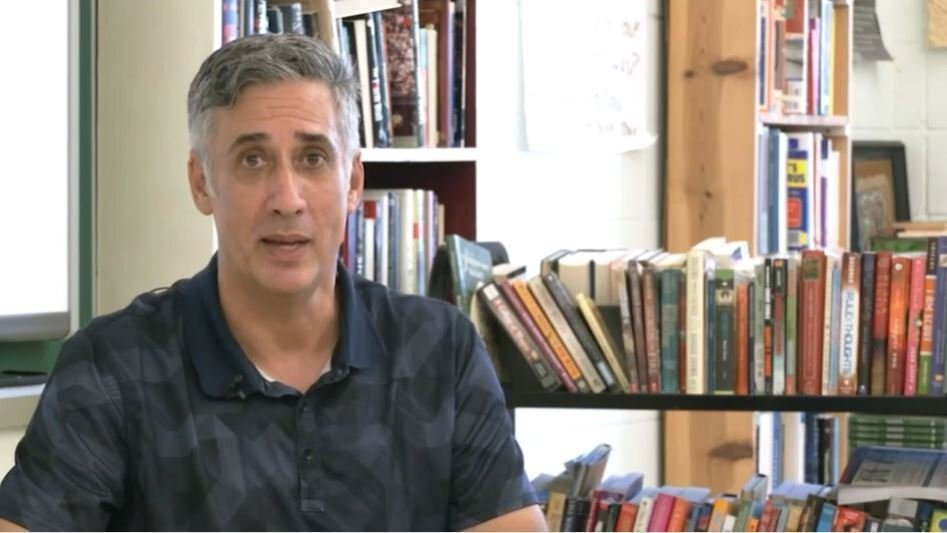 LINDENWOLD, New Jersey (WPVI) – A South Jersey teacher changes the lives of hundreds of thousands of people in his community by giving them books as gifts.

Lindenwold High School English teacher Larry Abrams started the nonprofit “Book Smiles” to donate gently used books to anyone who doesn’t have access to them.

“If they read at a level by the time they are in 4th grade, they will be academically successful,” said Abrams, who is on a mission to spread what he calls “book wealth.”

“It’s a term we made up and it’s an appropriate term because we need to start thinking of used books as a commodity,” he said.

It’s an idea he’s been thinking about for years, starting when he had a college student who was also a mom who didn’t have any books for her baby.

“You have kids on the other side who don’t have books growing up,” he told his senior project class about his nonprofit.

Three years ago, he began building the nonprofit, which has expanded into a 4,000-square-foot warehouse in Pennsauken.

“This is a place where people donate their books by the tens of thousands,” he said of the space.

The nonprofit has collected and redistributed nearly a million children’s books.

“We are reaping book wealth. Instead of spending a lot of money on books, people donate them to us. That way we can keep our costs low and give them to children in need,” he said.

Many of the donations come from hand-painted trash cans. The team has nearly 100 in South Jersey and greater Philadelphia where people can just open the lid and fall into the books.

“Little by little we are getting books into the hands of children and babies who may not have much at home,” he said.

Please note that this content is subject to a strict local market embargo. If you share the same market as the contributor of this article, you may not use it on any platform.