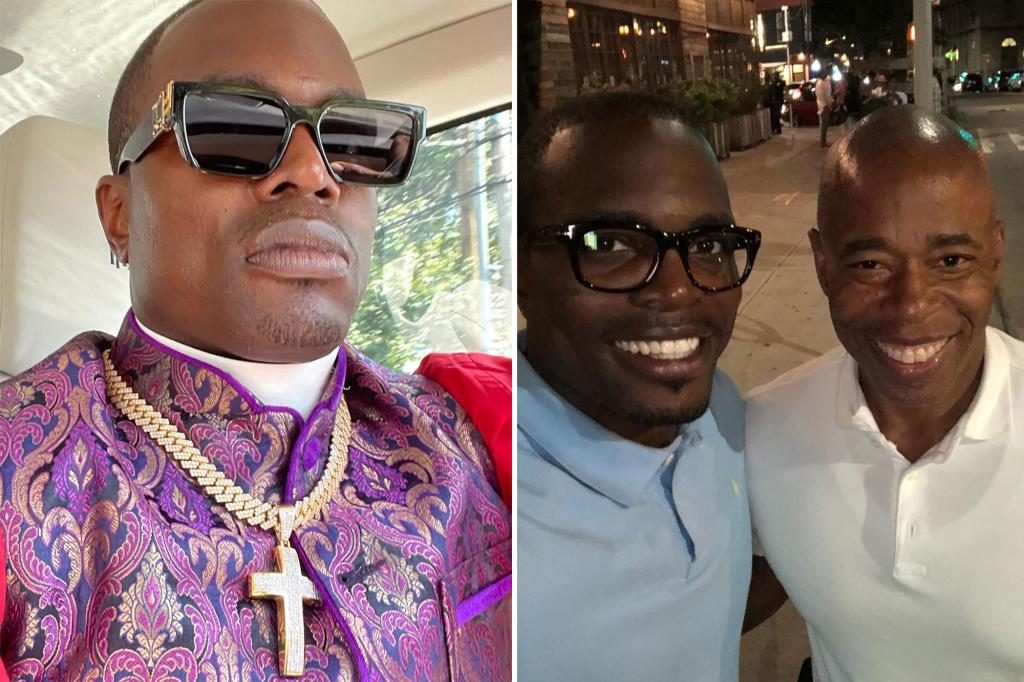 Mayor Eric Adams turned down an eccentric Brooklyn bishop who called on the city to arm clergy after he was robbed during a live stream service.

Adams expressed a firm “no” to his longtime friend Bishop Lamor Miller-Whitehead’s pleas to grant gun licenses to clergy during an unrelated press conference Monday morning.

Miller-Whitehead, 44, last Friday urged lawmakers to pass a law that would allow pastors and other clergymen to arm themselves to protect their congregation members.

His pleas came after he was robbed of an estimated $1 million in jewelry while in the middle of his sermon at the Leaders of Tomorrow International Ministries in Canarsie on July 24. during the live streaming service.

The flamboyant bishop – known for wearing Gucci, Balenciaga, Fendi, Prada and other high-end designers – said religious leaders like himself should be able to obtain gun licenses regardless of their criminal record.

Miller-Whitehead has an alleged history of grifting and serving time in prison for identity theft and grand theft. He is also the target of a lawsuit accusing him of defrauding a parishioner of her $90,000 savings in 2020.

Adams has previously defended his relationship with the flamboyant preacher, stating that he has an “obligation to mentor other black men who have had negative encounters in their lives.”

However, he closed the clergyman’s gun request with one word “no” when a reporter asked Hizzoner if it was a good idea that clergy could get gun permits, regardless of their criminal past.