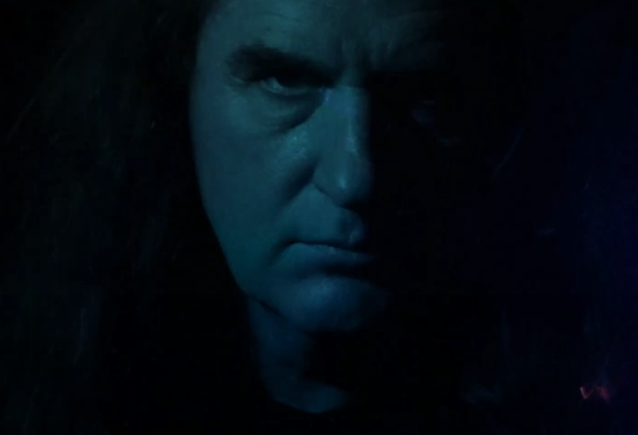 Earlier MEGADETH bassist David Ellefson collaborated with the visual arts team SceneFour on an art collection created from a new medium in artwork, bass performance. The pair have built up a stunning art collection that shows the instrument in a new dimension. Each work is very limited.

Ellefson apparently he built visuals for canvas based on the movement of his fingers on the frets using a patented LED-tipped glove. The result is an amazing collection of artwork that showcases the bassist’s unique style in a visual form.

“Bass Brightness” by means of Ellefson will be unveiled worldwide on September 8.

Join the interest list at www.davidellefsonart.com for details and an early preview.

SceneFour is best known as the team responsible for the “rhythm-on-canvas” medium, which in recent years has released art collections featuring a very select group of drum legends, including Bill Ward (BLACK SABBATH),Rick Allen (DEF LEPPARD) and Dave Lombardo (KILLER).

SceneFour, a Los Angeles-based design and branding agency, uses LED technology to convey the musicians’ unique style onto a canvas. The art is said to provide a “musical fingerprint” as unique as an artist’s signature.

“Every man’s artwork looks drastically different because their styles and techniques are different,” Cory Danzigerco-founder of SceneFour in 2004 with Ravi Dosagea graphic designer, told The New York Times.

“Bill Ward‘s artwork is dark and there is some sort of ominous element to it, while Chad Smith‘s has a kind of light and airy feel to his playing. His arms are open and those pieces have a butterfly effect,” Gdansk said.

Ellefson was fired from MEGADETH in May 2021 after sexually explicit messages and explicit video footage of the bassist were posted on Twitter.

2004, Ellefson filed a $18.5 million lawsuit against Dave Mustaineclaiming that MEGADETH leader gave him short of profit and withdrew from a deal to run Megadeth Inc. to him when the band broke up in 2002. The lawsuit was eventually dismissed and Ellefson rejoined MEGADETH in 2010.

Davida Christian who Mega Life Ministries worship group in 2007, graduated from Concordia Lutheran Seminary in St. Louis for a year ten years ago.