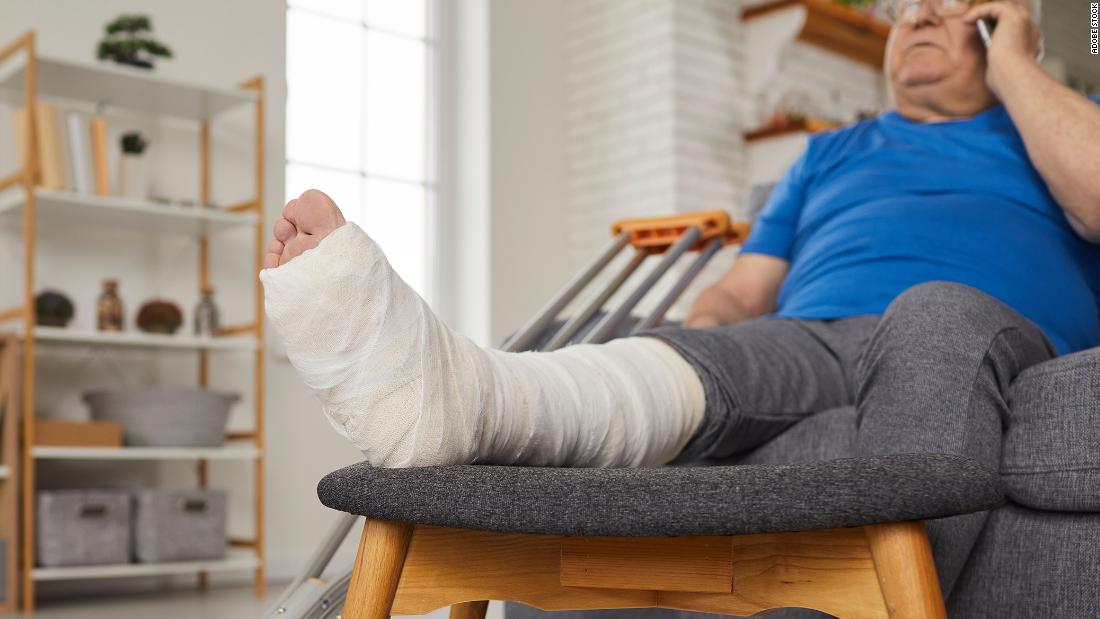 Taking 2,000 IU (international units) per day of supplemental vitamin D3 without calcium over the course of more than five years did not reduce hip, wrist or pelvic fractures compared to taking a daily placebo, according to the study published Wednesday in The New England Journal of Medicine.

A placebo is a dummy pill that is given to patients so that they will believe they are getting the real treatment.

“This is the largest, longest, randomized, controlled trial on vitamin D supplementation in the US – 25,871 men and women were enrolled from all 50 states, including 20% Black participants,” said study author Dr. Meryl LeBoff, chief of the calcium and bone division of the Division of Endocrinology, Diabetes and Hypertension at Brigham and Women’s Hospital in Boston.

“In general, the results of this large clinical trial do not support the use of vitamin D supplements to reduce fractures in generally healthy American men and women,” said LeBoff, also a professor of medicine at Harvard Medical School.

“The validity of the study is excellent. It is consistent with previous data showing that a population not selected for vitamin D deficiency would not benefit from vitamin D supplementation,” said Dr. Anne Rentoumis Cappola, professor of medicine in the Department of Endocrinology, Diabetes, and Metabolism at the University of Pennsylvania Perelman School of Medicine in Philadelphia.

“Randomized clinical trial data are the highest level of data and have repeatedly shown no benefit of vitamin when given to an unselected study population,” said Cappola, who was not involved in the study.

Doesn’t apply to everyone

However, the study results wouldn’t apply to people with severe vitamin D deficiency, LeBoff said. It also doesn’t apply to someone with low bone mass, which is less than optimal bone mineral density, or osteoporosis, a bone-thinning disease that causes bones to become so brittle that a fall or even mild stress can cause a fracture.

“This is a major public health problem in the US. One in two women aged 50 and older will develop an osteoporosis-related fracture in their remaining life,” LeBoff said. “It is very important that patients with osteoporosis are evaluated for the many underlying factors that contribute to osteoporosis to see if there are any reversible causes.”

The study results also don’t apply to elderly people in nursing homes, LeBoff said, because of the unique factors that apply to their living environment.

“Maybe not go outside to get exposure to sunlight on their skin, which is an important source of vitamin D activation,” she said. “They may not have a proper diet, they may have other medical conditions or gastrointestinal problems, so they should talk to their doctor about their patient care.”

The body needs vitamin D. The main job of the vitamin is to help the body absorb calcium from the gut – in fact, the body cannot absorb calcium unless vitamin D is present. The vitamin also plays a role in immune system health, brain cell activity, and how muscles function.

In the United States, 15 micrograms or 600 international units (IU) of vitamin D per day is recommended for adults up to age 70. years old, according to the National Institutes of Health.
For adults older than 70, the dose increases to 20 micrograms or 800 IU per day. The American Academy of Pediatrics recently doubled the recommended amount for infants, children and adolescents up to 10 micrograms or 400 IU per day.

Unlike water-soluble vitamins, which the body can easily eliminate, vitamin D and its cousins ​​A, E, and K accumulate in the liver and fat cells of the body until needed. Consuming well above the recommended daily dose can lead to toxic levels.

A 2017 study found that 3% of Americans took more than the tolerable upper limit of 4,000 IU per day for adults, putting them at risk of overdose. About 18% took more than 1,000 IU daily.
Just after the first of the year, a British man started experiencing nausea, abdominal pain, diarrhea and repeated bouts of vomiting, along with leg cramps and ringing in the ears after taking massive amounts of vitamin D three times a day for a month. day. His vitamin D levels remained high for months, his doctor said.

Anyone concerned about their vitamin D levels should have them evaluated by a doctor, experts say.