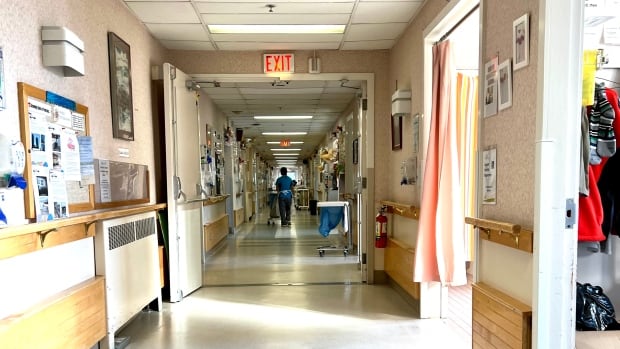 On Friday, paramedic Agnes Cayer walked into the George Pearson Center — a long-term care facility in Vancouver — to suffocate her brother, Irek Wegiel, in a sweltering room.

The window was closed and the blinds were open, which she described as a greenhouse effect. Within moments of entering, Agnes says she felt dizzy from the heat. It was six in the evening, which means her brother, who was red and red, had been sitting in direct sunlight all day.

“What really broke my heart was that the fan next to my brother was turned off. It was aimed at him, but turned off.”

Cayer is one of the families of George Pearson residents who are concerned about the care and safety of their loved ones at the long-term care facility during the Vancouver heat wave.

Heat Alerts issued Monday this week spanned most of BC, including Metro Vancouver, with temperatures as high as 30.4C.

Wegiel, who has amyotrophic lateral sclerosis, or ALS, a degenerative condition, relies on a feeding tube and catheter. He has lived in George Pearson since 2008, where care reportedly deteriorated during the pandemicaccording to Cayer.

Vancouver Coastal Health (VCH), which operates George Pearson, says a number of measures have been taken in preparation for the heat wave, including equipping all of the region’s approximately 60 long-term care facilities with portable or built-in air conditioning. .

They also installed thermometers in each room to monitor the temperature, instructed staff to close the blinds, and provided fans.

But while there are portable air conditioning units on every George Pearson floor, they’re only used in some hallways, says resident Mitch Stark, adding that cool air doesn’t circulate in the rooms.

Staff have been instructed to keep windows closed, he says, putting the rooms at risk of overheating. He also says there are not enough fans to go around.

“When you ask for a fan, it’s kind of like they’re rationing fans,” he said.

VCH confirmed staff were instructed to keep windows closed, but says patients are free to tell staff if they feel uncomfortable.

However, Cayer says her brother’s call button is regularly out of reach. Stark says many patients are nonverbal and don’t have the capacity to plead for their own discomfort.

When Cayer found her brother, she screamed for help. After Cayer explained the situation, the nurse acknowledged that the room was uncomfortably hot and apologized for not turning on the fan or closing the blinds.

Cayer says the nurse blamed short staffing, which is a… unbridled in health care facilities across the province, and that the facility manager told Cayer that she regularly worked 16 hours a day.

They also say that staff check in with residents “several times” throughout the day.

However, Cayer claims residents are nowhere near getting the amount of care they need, adding that she and her parents spend nearly four hours a day taking care of her brother’s hygiene and emptying his urine bag. If they don’t, Wegiel develops infections and bedsores, she says.

As a paramedic, Cayer says he’s sympathetic to staffing issues, but the level of care isn’t good enough. “I understand we’re all busy, but lives are at stake,” she said.

“We love him so much and he deserves much better care than what he gets from George Pearson.”

CBC News has reached out to the Department of Health for comment.

At the coast8:40Summer heat difficult for some residents in long-term care

Environment Canada has placed most of BC under a heat warning and conditions could be particularly difficult for those living in long-term care. Mitch Stark, a current resident of the George Pearson Center, tells what it’s like there.