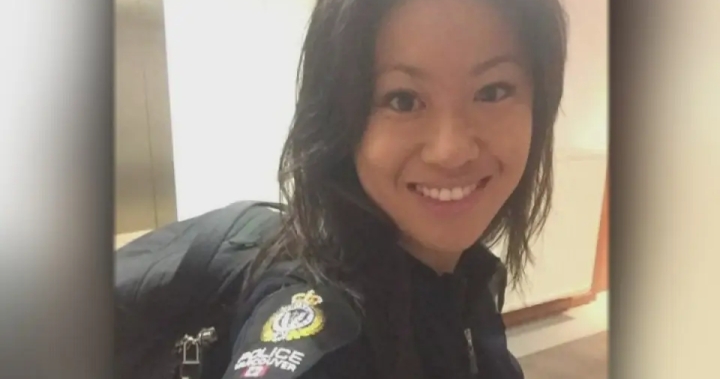 Three years after police officer Const. Nicole Chan has committed suicide, Global News has learned that her family is suing the Vancouver police.

Chan, a nine-year veteran of the Corps, died by suicide in 2019, two years after coming forward with allegations of inappropriate relationships with two senior officers.

One of those officers, Sgt. Dave Van Patten, was later fired from the VPD, while the other, Sgt. Greg McCullough, was given a 15-day suspension and later resigned.

The indictment, filed by Chan’s sister and mother, also names those former officers.

“She was just such a proud officer. She was proud of her and she was proud that she could actually speak out for the victims,” ​​Chan’s sister Jenn told Global News in a 2019 interview.

It further alleges that Van Patten “took a video of himself scrolling through the phone for the purpose of disclosing the affair” and that Van Patten “threatened to send the evidence to their husbands” if she did not comply with his demands for sex. †

“I believe she felt compelled and she wasn’t in a good mental state to actually say no,” said Jenn Chan. “She felt like she couldn’t say no to them.”

The lawsuit also details Nicole Chan’s mental health issues, including her first suicide attempt in 2012, years before her relationships with Van Patten and McCullough.

VPD officer dies by suicide after reporting against 2 senior officers

“And it’s something that’s really gone through the department and it’s heartbreaking for all of us and we really feel with the Chan family having to go through the aftermath of this,” he told Global News in a 2019 interview.

The lawsuit alleges that Nicole’s suicide was the result of wrongful behavior and the workplace culture of the department, which had ineffective guidelines and policies.

The family is demanding general and increased compensation. No defenses have been filed and none of the allegations have been proven in court.