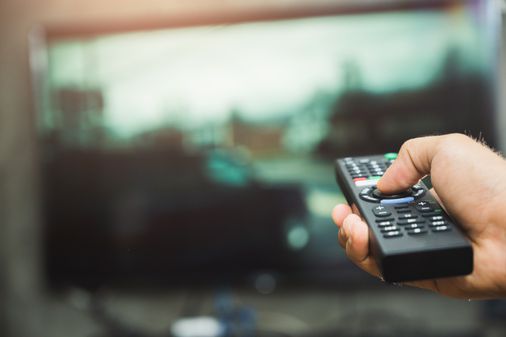 As a general rule, the US government doesn’t ban access to foreign websites the way China bans access to Facebook. But a federal court in New York makes an exception.

In an extraordinary ruling that could give the entertainment industry a new weapon against online piracy, a US court in New York has ordered every internet service provider in the US to block access to an Israeli website that illegally streams copyrighted movies.

No one disputes that the website, Israel.TV, is violating US copyright law. The company itself did not even show up in court to defend itself. So federal judge Katherine Polk Failla fined it $7.6 million. But can Failla order US telecom companies to stop their customers from logging into the site?

Such actions are commonplace in other countries, and not just those of authoritarian regimes like China. Even Western countries with strong free speech protections routinely block websites that host illegal content. For example, some European countries prohibit access to The Pirate Bay, a site known for hosting pirated movies and music. But despite violating US copyright law, The Pirate Bay remains accessible in the US.

Eleven years ago, Congress tried to pass a law that would have allowed courts to ban websites for copyright violations. But the Stop Online Piracy Act, or SOPA, has met fierce opposition from major internet companies, as well as many users who feared the law would be used by the government to censor controversial content. Ultimately, the bill died a quiet death.

But Failla believes that even without such a law on the books, she has the power to demand that Israel.TV be blocked by US companies that sell Internet access to the public. This includes titans like Comcast, Verizon, and AT&T, as well as dozens of smaller regional providers. Failla’s ruling lists the ISPs expected to comply with the injunction, and says the injunction applies to any others the court may have missed.

Corynne McSherry, legal director of the Electronic Frontier Foundation, an online civil liberties group, was active in the fight against SOPA. McSherry said Failla went too far. “I don’t think the court has the power to issue this order,” she said. “This order doesn’t even show what the legal basis is.”

McSherry noted that the court order applies to much more than just ISPs. US companies offering a variety of online support services should also stop doing business with Israel.TV. These include website hosting companies, domain name sellers, advertising companies and payment processors such as PayPal.

“This order is much broader than anything I’ve ever seen,” McSherry said. “It’s worse than what was proposed under SOPA.” She predicted that Failla’s injunction would be shot down on appeal, if one of the affected companies chooses to challenge it.

But it’s unclear if that will happen. Comcast did not respond to a request for comment, while two other ISPs serving the Boston area, Verizon and Astound, declined to comment on the order.

Daniel Castro, vice president of the Information Technology & Innovation Foundation, questioned whether the federal court has the authority to issue such a broad ban. But Castro is in favor of enacting a law that leaves no doubt.