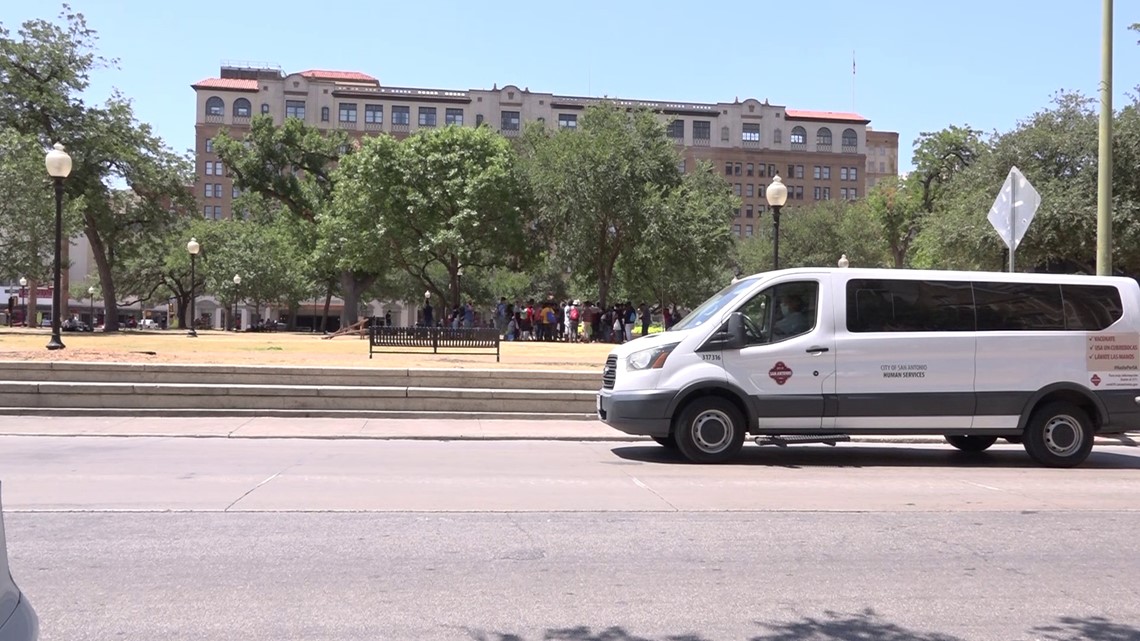 The San Antonio City Council will receive $25 million for two different initiatives to tackle COVID-related spending and help migrants traveling through the city.

The city says unprecedented numbers of people are entering the country legally through the Alamo City.

On Thursday, the city received compensation for its efforts to help migrants reach their destinations.

More than 185,000 migrants have passed through San Antonio since April 2021, according to the city. Currently, the city receives an average of nearly 600 migrants a day, of which 516 need an overnight stay from March 19 to June 21.

Therefore, the city is planning a new reception and processing center so that the city can handle the higher number of daily arrivals. At this point, migrants will arrive at downtown Travis Park or San Antonio International Airport.

“It’s a very labor-intensive effort to process these individuals and we’re doing that in Travis Park, outside of 100 degree weather. So this processing center allows us to centralize those operations in a more humane way and also feed and provide that logistical support,” Assistant City Manager Lori Houston told KENS 5.

Some migrants may have to wait two to three days for a flight to their final destination.

This center that will provide food, shelter and transportation could ease congestion in those two locations.

“They are being legally processed and allowed to travel legally in the United States, but they need help arranging their travel to their final destination,”

Houston says FEMA will repay the city more than $12 million for this new center, which could open in July and operate through December of this year.

With Title 42 expected to expire this fall, the city expects the number of migrants to increase.

“We are proactive in the event that it is lifted,” Houston said.

The other half of the $25 million will be reimbursed for the city’s non-joint shelter. According to city documents, two hotel facilities have been used since April 2020 to briefly isolate people affected by COVID-19.

With the decline in COVID-19 cases in San Antonio, fewer clients need shelter. $12.6 million from FEMA will support the closure of local shelters, while the city will be required to contribute 10% from its health implementation plan.

“Now that CDC guidelines have been relaxed and relaxed, they are allowed to return to normal operation. But we have not had a massive spread of COVID as a result of the homeless population, especially as these measures have been taken,” Houston said.