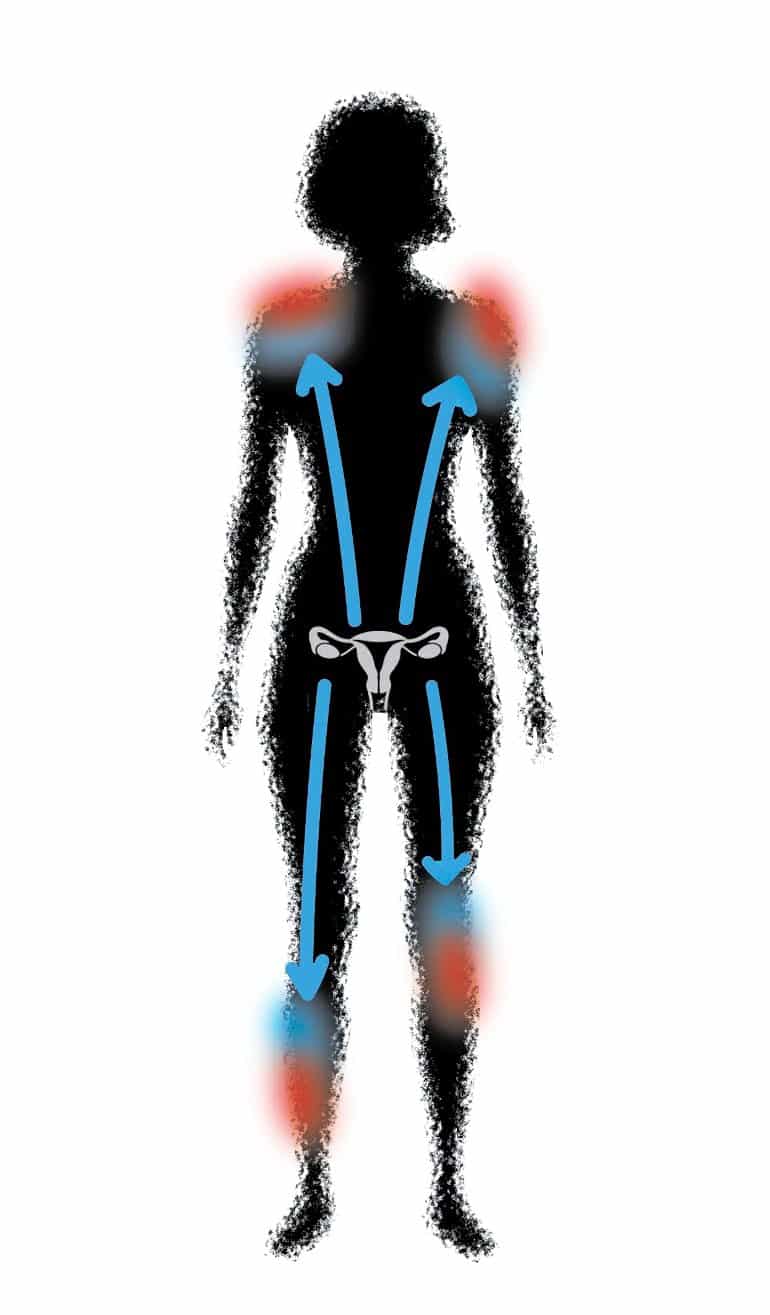 Overview: The female hormone estradiol helps suppress the itching associated with psoriasis. The findings shed light on why men are more prone to psoriasis and offer hope for a new targeted treatment for itch disorders.

One of the many reasons men may envy women, at least when it comes to skin inflammation, is that women have a significantly lower incidence of severe psoriasis. However, the underlying reason for the sex differences was unclear.

Now a team of researchers has discovered that the female hormone estradiol suppresses psoriasis, and the hormone’s protective role has laid the foundation for its therapeutic potential.

“Our results have not only revealed the molecular mechanisms of sex differences in psoriasis, but also shed new light on our understanding of the physiological role of estradiol,” said Tetsuya Honda of Hamamatsu University School of Medicine, formerly of Kyoto University.

The team tested conditional knockout mice, or cko mice, with ovarian removed but supplemented with estradiol pellets or a placebo. In contrast to wild-type mice, the cko mice without the natural ovarian hormones estradiol showed symptoms of severe skin inflammation.

Once these mice were given estradiol, the production of IL-17A and IL-1β cytokines in neutrophil and macrophage immune cells was reversed, reducing inflammation. This effect was also observed in vitro in human neutrophils.

What intrigued the researchers was how the lack of estrogen receptors in immune cells made estradiol ineffective against the cytokines.

Psoriasis is a common inflammatory skin disease due to dysregulation of IL-23/Thuh17 immune axis. The prevalence and severity of psoriasis is higher in men than in women, although the underlying reasons for this are unclear.

We investigated whether estradiol, a female hormone, plays a protective role in imiquimod-induced psoriatic inflammation in mice by regulating neutrophil and macrophage functions.

Wild-type mice and conditional knockout mice were ovariectomized, supplemented with placebo or estradiol pellets, and an imiquimod-containing cream applied.

Our results suggest a novel mechanism for sex-dependent differences in clinical phenotypes of psoriasis that may shed new light on the pathology of psoriasis.