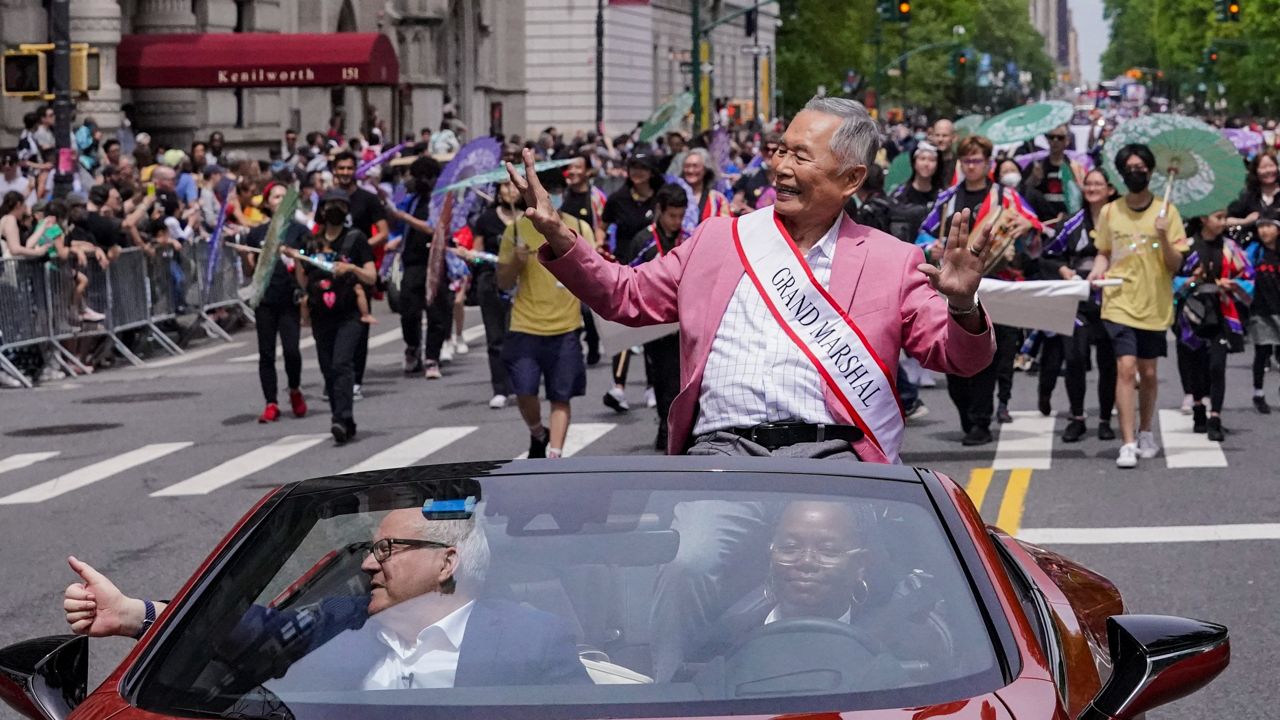 The inaugural Japan Parade was held in Central Park West on Saturday and George Whipple got to ride with the parade’s Grand Marshal, Star Trek’s Sulu – better known as George Takei.

As a child, he was placed in internment camps in the United States during World War II.

Takei said it is special to him to be the Grand Marshal for the inaugural Japan Parade.

“Isn’t that a great commentary on history,” Takei said. “When I was imprisoned, Japan and the United States were mortal enemies waging a bloody war. But today, Japan is our strongest ally in Asia. And look at all these people celebrating Japan’s parade together, and all the diversity of America. It is a glorious day.”

Takei says the journey to today is amazing.

“Here I am, when I was five years old to eight and a half, I was behind barbed wire in Arkansas. That’s America. I point to you and Northern California. Again, it’s America, not Japan. And we are Americans,” he said.

The parade marks the 150th anniversary of the friendship between New York City and Japan.

Sandra Endo, a former New York City reporter and current reporter in Los Angeles, was the master of ceremonies. She wore a non-traditional kimono for the event.

“This is a kimono dress,” Endo said. “It’s a twist on the traditional kimono. Of course this is for stage and fashion. But the kimono is such a tradition. And what people don’t know is so complicated to attract; you need dressers to help you.”

The Japan Parade is affiliated with Japan Day, an event that has been held every year in Central Park since 2007. Japanese Ambassador Mikio Mori said this year also marks the 150th anniversary of the introduction of American baseball to Japan.

“This is the 150th anniversary of the introduction of American baseball to Japan,” Mori said. “And also in 1872 a school teacher from Cooperstown, New York, went to Japan to teach English, but he also taught baseball to Japanese students 150 years ago.”