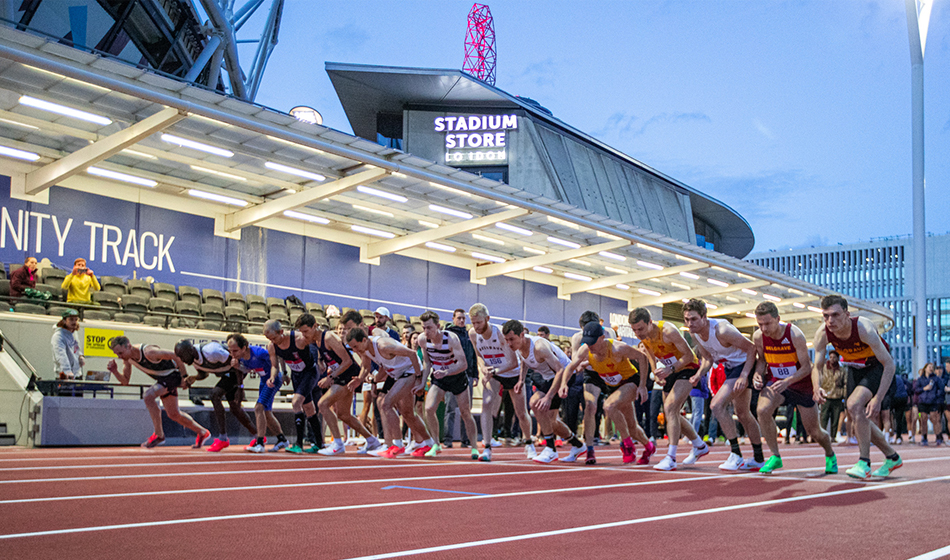 Nick Willis – Olympic silver and bronze medalist in the 1500m from Beijing 2008 and Rio 2016 respectively – returned to the track again on May 12 to become the pacesetter for amateur runners over the mile.

At the inaugural edition of the Tracksmith Amateur Mile – which took place on the London 2017 warm-up track – 274 runners competed over 13 races ranging from an eight-minute mile to an attempt at a sub-four-minute mile in the final race.

Josh Carr of Thames Hare & Hounds wins the elite men’s race in about 4:10.

Great to see athletics again at the Olympic Park in Stratford. pic.twitter.com/vvVn85Gy2B

In the women’s elite race, Reading AC’s Emma Howsham claimed a comfortable win but narrowly missed a mile under five minutes at 5:02.35. Ellen Donald of Highgate Harriers clocked a PB of 5:05.99 to finish second, while fellow club mate Yasmin Goater was third in 5:12.63.

Willis, who finished ninth in the London 2012 Olympic 1500m final, turned back the years and picked up pace, giving club athletes the chance to get a taste of what it was like for elite runners.

“We just love running and putting miles on it because it’s one of the simplest events for people to get into the sport or for anyone who is just tired of running marathons and wants to quit,” said the 39-year-old New Zealander. . † “The goal is to have a community event for people from an eight-minute mile to someone trying to break four minutes tonight.”

“Many of us elites have experienced all the benefits of having pacemakers under the lights and running at night, which makes running faster and much more memorable. The community runner doesn’t always get that experience and becomes an elite runner themselves.

“We made 5km versions of this in the US last year but we want to expand that and leave a mark on Europe and London is of course the center of Europe. We are an American brand coming to the UK, so we want to be respectful and learn from the UK running community.”

The program Tracksmith set up meant that the 274 runners involved also received a weeklong training program to prepare them for their respective mile races.

These were led by 2012 Olympian and 3:52 mile Ross Murray and Lifestyle Editor of the Guardian and runner Kate Carter herself.

Sessions ranged from climbs up Parliament Hill to pace intervals and an 800m time trial in Paddington.

However, the night was initially overshadowed by one of the runners collapsing on the track in the first race. Due to the quick responses of the on-site doctor and a few medically trained members of the crowd, the person was resuscitated after CPR and two shocks from a defibrillator.

One of the paramedics said: AW that when the person was revived, they said they wanted to “get up and finish the race”. An ambulance arrived quickly and they were rushed to hospital.